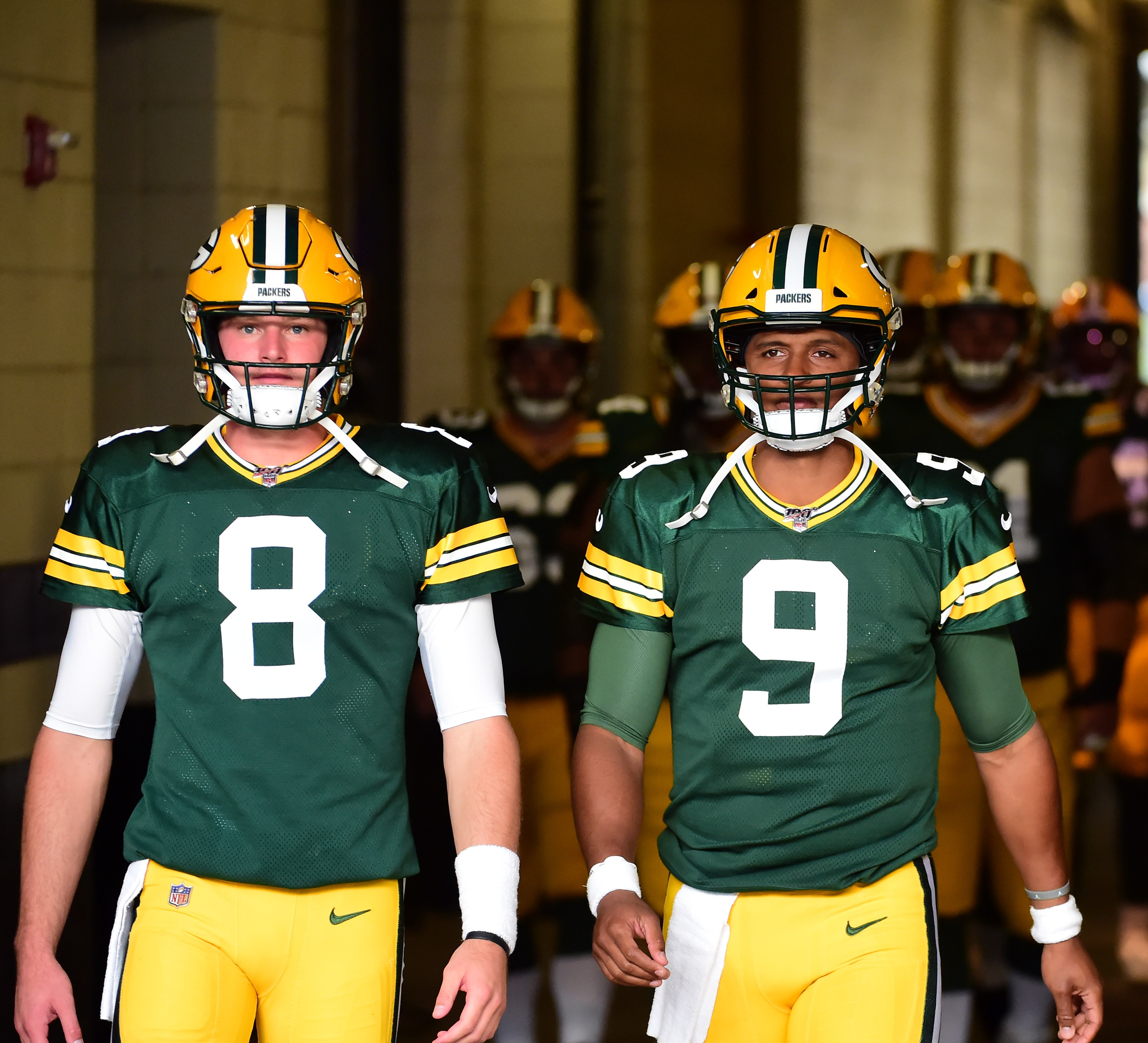 With just one preseason game left on the schedule, players fighting to make the Green Bay Packers roster have a final opportunity to prove they deserve a spot on the team. There are still a few positions up for grabs at this late point in training camp. Here is a look at the jobs in question and who has the best chance to secure them.

Taylor is an experienced and solid left guard who suffered through a subpar and injury-filled 2018 season for the Pack. Jenkins is a rookie selected in the second round of this year’s draft who has the versatility to play guard or center.

Jenkins has shown flashes of excellence during the training camp and the preseason, but he has also made some predictable rookie mistakes and been inconsistent at times.

Outlook: Jenkins is likely the future at this position, but this year, it probably still belongs to Taylor.

This decision is primarily about money. Crosby, the Packers all-time leading scorer, is more consistent than his challenger who has a strong leg but is not as accurate as the incumbent. However, Crosby has an estimated cap hit of $4.85 million (according to spotrac.com) while Ficken would cost the team only $495,000.

The question becomes whether GM Brian Gutekunst and the Packers coaching staff believe Crosby is worth the extra money. Considering that a good kicker can be the difference between winning and losing 2-3 games a season, the Packers should go with the more expensive but reliable option for one more season.

Outlook: Crosby keeps his job and remains the Packers kicker in 2019.

Boyle came on strong after a slow start against the Raiders while Kizer’s performance was more uneven although he suffered from very poor field position and some penalties that wiped out a few good plays.

This battle will be decided by who performs better in the final week of camp and in the preseason finale against the Chiefs on Thursday. In fact, if the Pack opts to keep both backup quarterbacks on the roster, the battle may continue into the regular season.

Boyle has taken a big step forward this preseason, but he clearly must outplay Kizer in order to claim the backup role. The Raiders game was his chance to show what he could do against second string defenders and he settled in to play well after a shaky start. Boyle’s lack of accuracy has been his biggest issue and while he has made strides in this area, he still has more work to do to solidify the backup position.

Outlook: The Packers have more invested in Kizer, so unless Boyle clearly outplays him this week in camp and against the Chiefs, Kizer will remain QB2 to start the season. The Packers will most likely keep both players on the roster.

St. Brown is expected to miss 4-6 weeks of playing time which means roughly five games. The Packers may try to place EQ on the injured reserve designated to return, in which case he must remain on the roster through the initial cutdown. That means they would have to initially waive a player they want to keep and then re-sign him.

Davante Adams, Marquez Valdes-Scantling, Geronimo Allison and Jake Kumerow are locks to make the team. If St. Brown is placed on IR, it gives the Pack two or three more spots at wide receiver. The leading candidates right now are Trevor Davis, Darrius Shepherd and Allen Lazard. J’Mon Moore just hasn’t been consistent enough to make the team although it’s possible the Pack tries to stash him on the practice squad because the talent is there.

Outlook: Davis has garnered praise from the coaching staff throughout OTAs and training camp, but he must remain healthy. Shepherd probably gets the sixth spot and Lazard stays if the Pack keeps seven. If St. Brown is not placed on IR but just stays on the roster, Davis has the edge on Shepherd and Lazard heading into the final week of camp.

There were no kickoffs in the game against the Raiders due to poor field conditions in Winnipeg. Both Davis and Shepherd had one productive punt return each. These two players are both dynamic return men and both may make the final roster.

If they do, both players will likely get the chance to return kicks and punts over the course of the season. If the Pack keeps St. Brown on the active roster and only keeps six receivers, the battle for return specialist may become a battle to see who makes the final roster.

Outlook: Give the edge to Davis because of his experience if it comes down to only one of these two making the final roster. Expect both players to be there after cutdown day, however.

The battle at ILB will be the toughest to call because it’s very possible the player who ends up starting opening day may not be on the roster yet.

Crawford is a special teams standout who will make the team because of his play on coverage teams, but he has not shown himself ready to be the starter on defense.

Summers has a good instinct for the ball but has had issues finishing his tackles at times. In the long run, Summers has potential, but he does not appear to be ready to start alongside Blake Martinez as a rookie.

During a press conference after Curtis Bolton’s injury, head coach Matt LaFleur indicated Gutekunst would “explore all options” at this position. Don’t be surprised to see another move similar to the one that brought in Antonio Morrison last season just before the season opener.

Outlook: Expect the Pack to add a veteran here. A player with some experience in Mike Pettine’s defense would be ideal, but either way, the opening night starter is probably not on the roster now that Bolton is out of action.