Washington Nationals are streaking their way to impressive history 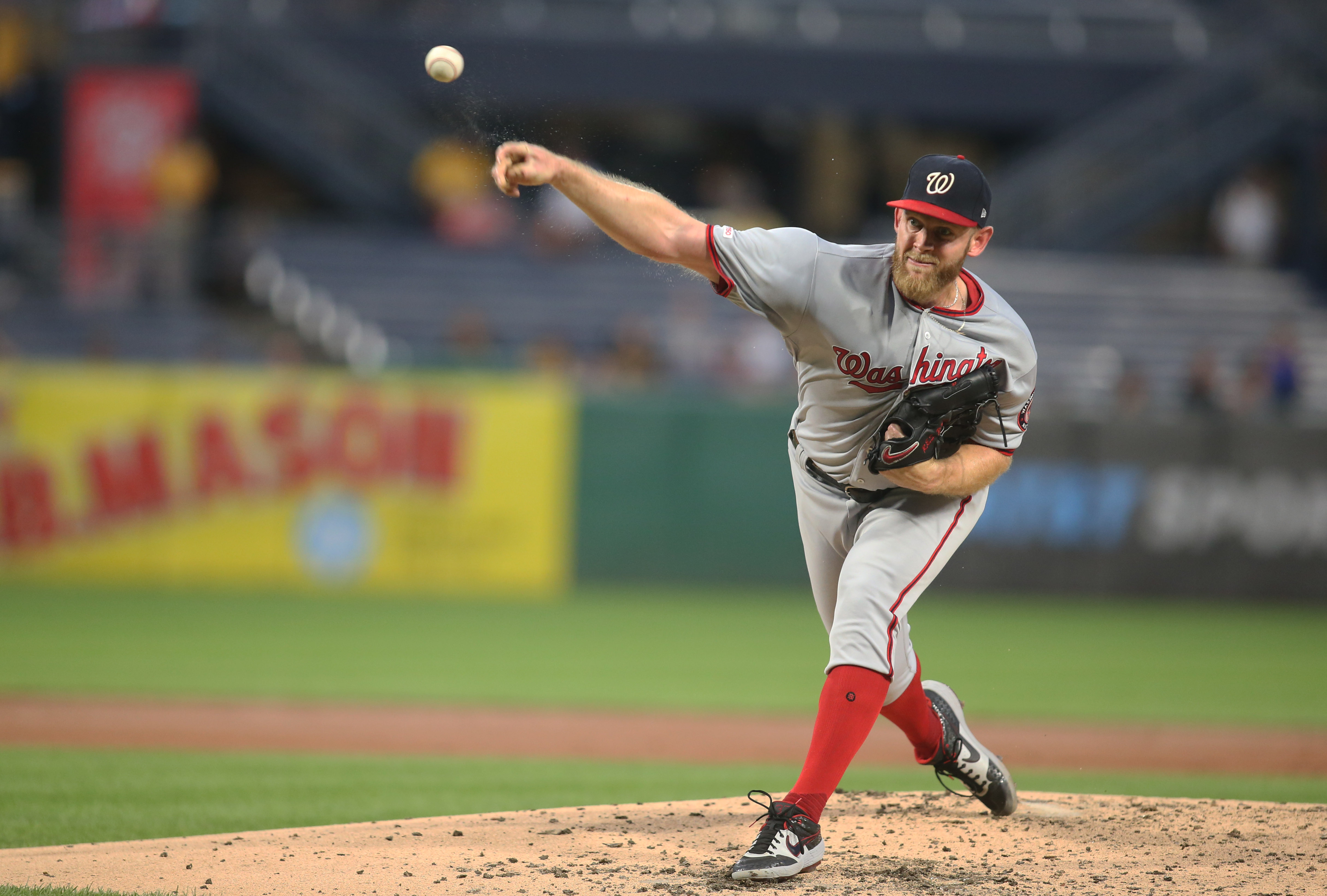 Washington Nationals are streaking their way to impressive history

The post-Bryce Harper era in Washington D.C. wasn’t supposed to be too big of a deal for the Nationals. Not having the young left-handed hitter in their lineup wasn’t preferred, but a projected outfield of Juan Soto, Victor Robles, and Adam Eaton didn’t seem all too shabby.

While Harper and the Philadelphia Phillies began 2019 off on the right foot, the Nationals completely sputtered.

Following a year in which Washington underperformed for then-first-year skipper Davey Martinez, he proceeded to watch his club limp out to a 19-31 start through 50 games. By May 23rd, it would’ve been easy to write them off since they were 10 games out of first place and just 1.5 games better than the Miami Marlins.

That’s the precise moment they kicked things into a higher gear, though. On Sunday, the Nats completed a three-game sweep at Wrigley Field against the Chicago Cubs, which hadn’t happened for quite some time.

The @Nationals sweep the Cubs at Wrigley for the 1st time since 2005.

More importantly, this latest victory brought their record to an impressive 54-26 since May 24th. Andrew Simon of MLB.com put some perspective on just how hot Washington has been, along with the historical implications of that slow start possibly turning into a playoff berth.

Washington is still six games behind the Atlanta Braves in the National League East, so overtaking them for the division crown will be a tall order. However, while the second NL wild-card spot includes four teams within two games of one another, the Nats are comfortably holding onto the first spot with a four-game cushion over Chicago.

Martinez’s club is currently on a five-game win streak, and with their next five games against the Baltimore Orioles and Marlins, they have a chance to continue fattening up that wild-card lead.

Just how much of a roller coaster ride has this season been for the Nats? Well, their playoff odds (according to FanGraphs) stood at a healthy 79.1% prior to Opening Day. Only the Los Angeles Dodgers (89.8%) had a higher percentage in the National League. By May 23rd, that number dipped all the way down to 22.2% before steadily climbing back up to the 97.7% rate they currently own.

There is a still more than a month of regular-season baseball left, but Washington has made a statement with the way they’ve played the last three-plus months. And once again, this is just another example of how baseball is a marathon, not a sprint, or that it’s not how you start, but how you finish.

Put in any cliché you want right here because regardless of what it is, the Nationals have it covered.