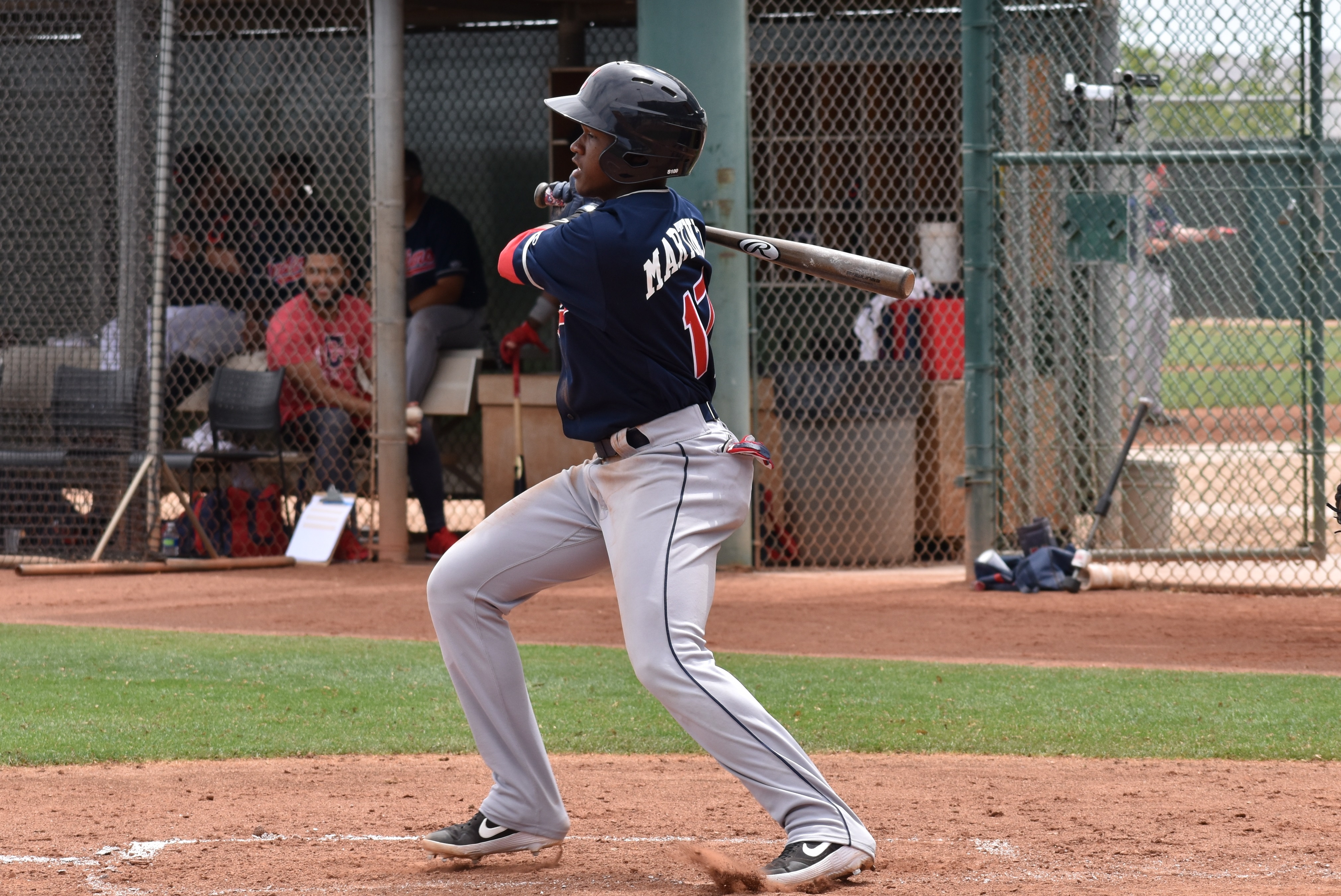 While they were slightly better than their Dominican Summer League counterparts, the Indians/Brewers Co-op squad, the DSL Indians finished the season 26-41-1 good for second to last in the DSL North and a winning percent below .400. Despite this, there were quite a few stand out players including two who will be featured in the AZL Indians Red wrap up, Gabriel Rodriguez and Richard Paz.

Overall, the pitching on the Dominican Summer League was horrific, but there were two starters who were the exception and a couple relievers as well. The best of that bunch was 19 year old left hander, Tomas Reyes.

Reyes finished the season with a 3.05 ERA and a team best 65 innings pitched, 59 strike outs and he walked just 19. This is Reyes’ second season, but he only pitched 11 innings last year for the Indians/Brewers. Things were a bit off and on for Reyes as he had three consecutive scoreless outings from July 24th through August 5th, then allowed eight earned runs over his final three starts. His low walk rate and ability to limit hard contact should suit him well assuming he plays for the Arizona League Indians in 2020.

A close number two in the rotation to Reyes was Steven Perez, who finished the year with a 2.97 ERA and 48 strike outs in 57.2 IP. His control was not up to the level of Reyes and he averaged less innings per appearance.

Out of the bullpen, Hugo Villalobos and Euclides Lopez were the top performers. Villalobos finished the year with a 3.07 ERA and 10.7 K/9, tied with Lopez for highest mark on the team. Villalobos had a significantly lower walk and hit rate than Lopez, however, with more innings pitched.

Considering position players, two of the early stars were promoted to Arizona as mentioned before, but among those who were left behind, their replacements were among the best. Angel Martinez took over for Rodriguez, playing second, short and third with his best defense coming up the middle. He finished the season in the team lead for plate appearances (261), average (.306), OBP (.402), steals (11), runs scored (37) while he was second in RBI (27) and triples (7) and third in doubles (10). Martinez won’t turn 18 until next year, but already appears ready for the next level.

The replacement behind the plate for Paz was Robinson Ramos who finished first in slugging percent among the regulars (.447) with seven doubles and three home runs. As well as he hit, you shouldn’t put too much stock in these impressive numbers as Ramos is already 21 years old and playing against players who are mostly between 16 and 19.

The Indians had two players in the DSL that are trying to prove wrong the old axiom of “you don’t walk off the island.” Jesus Lara and Dayan Frias didn’t do much with the bat this year, but walked a combined 83 times in 435 plate appearances. Lara alone walked 46 times in 58 games, good for 9th in the entire DSL. His walk rate is made even more impressive by his incredibly low batting average, which just moved a tick above .200 with two hits in the last game of the season. Frias had a slightly higher average and OBP, but didn’t have the limited power that Lara showed (two home runs, eight doubles).

Frias takes a lead off third base during a 2019 extended spring training game. – Joseph Coblitz, BurningRiverBaseball

Daniel Aguilar was one of the more prominent hitters when he played, but he got into just 20 games after spending June 5th through July 22nd on the injured list. When he did play, he hit five doubles and batted .305/.385/.482. This is Aguilar’s second year in the DSL and he will turn 19 this year, so he will likely play in the US next year.

Skeiling Rodriguez didn’t have playing time issues, as his 62 games played were the most on the team. He didn’t stand out over the stars of this team, but hit 12 doubles, eight triples and stole ten bases. Now 18 years old and in his second season with Cleveland, Rodriguez made dramatic improvements over last year’s performance.

Paulino throws from third to first for the Indians during 2019 extended spring training. – Joseph Coblitz, BurningRiverBaseball

Joseph Paulino was among the group of DSL players who were brought up to play in Goodyear, Arizona during extended spring this year, but unlike most of the others (Lara, Frias among them), he didn’t really have any positive aspects to his 2019 season. He walked just four times in 104 plate appearances, but struck out 34 times. With just four extra base hits and 15 hits overall, his batted ball profile did not warrant his lack of patience at the plate.

As mentioned earlier, pitching with the primary problem with this team and no one took it harder than Abraham Figueroa. The 18 year old lefty now has two seasons with the Indians and in both he has finished with an ERA above 9.80 and a WHIP above 2.40. He allowed 20 walks in 17.1 innings while striking out just 10. Adauri Vicente joined Figueroa with an ERA above 9.70 and a BB/9 above 10.0. As good as the high walk rates made many of the Indians hitters look, this pair of relievers forms the inverse.