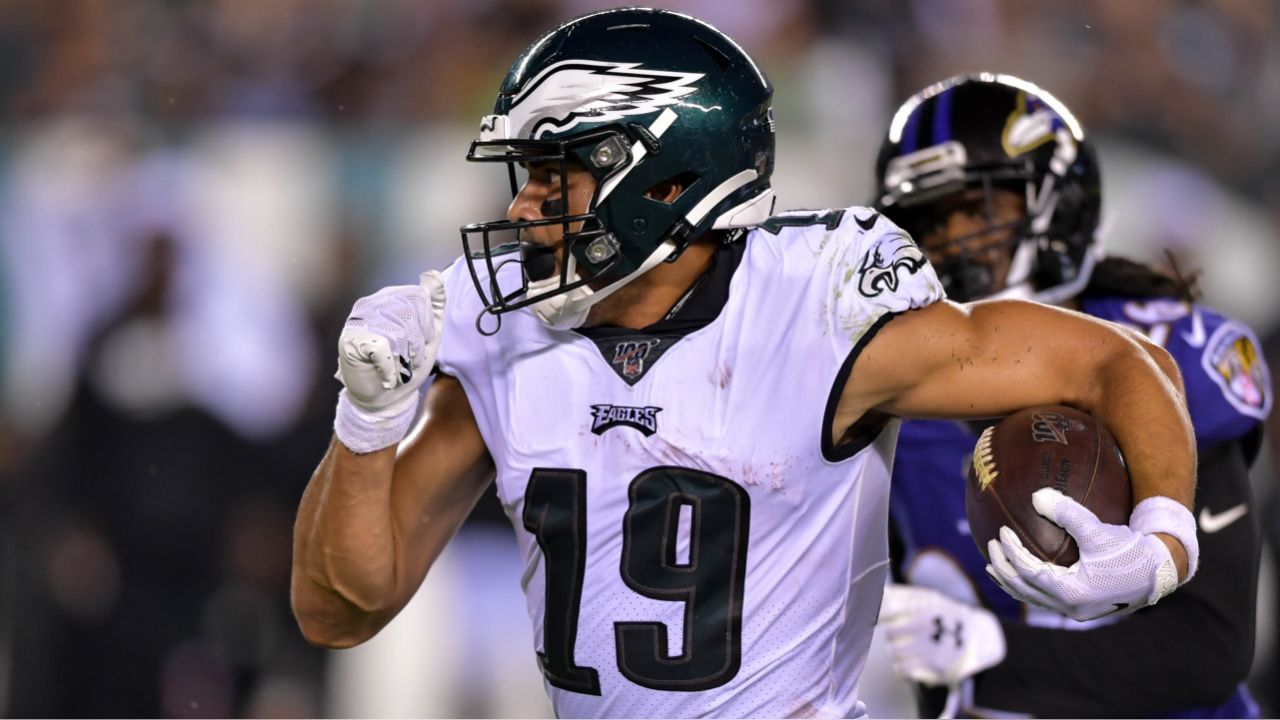 If you want to find a more technically objective reporter on Eagles prospects than either ~BROZ or Fran Duffy, then please let me know.

Since ~BROZ is on hiatus from Drafttek, EYE will copy and paste some Fran Duffy observations on whom he feels are the five rookies with the best cumulative performance ratings so far in preseason.

His most recent rookie report card complete with illustrations can be found here. For those who don’t like TLDR, here are some excerpts:

Andre Dillard (LT)—- “Dillard has great feet, impressive hands, and he shows a savvy that you love to see from such a young and relatively inexperienced player. Dillard has flashed all of the traits that made him such a coveted prospect this spring, whether if he’s matched up against fellow rookies or seasoned veterans.”

JJ Arcega-Whiteside (WR/ST)—- “Arcega-Whiteside has excelled in the red zone, run crisp routes, finished at the catch point, battled through contact, got off the line of scrimmage against press coverage, and contributed on special teams.”

Miles Sanders (RB)—- “Great job on zone runs but, more importantly, has shown the ability to hold up in pass pro…”

Shareef Miller (DE)—- “Miller has made plays this summer, and while he hasn’t gotten the buzz of Hall or Sweat, you can see flashes… he’s making plays on the other side of the LOS. 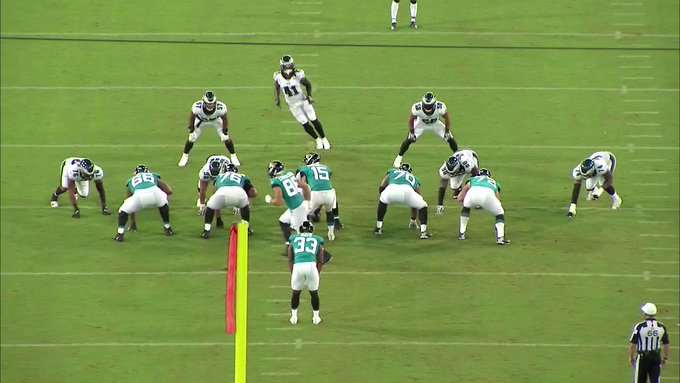 “Now, let’s look at him as he gets after the quarterback. One of my biggest pet peeves while watching pass rushers is when they race upfield past the quarterback. You can’t get a sack or impact a throw if you’re 3 yards behind the launch point. Watch Miller here, as he hits the right depth of the quarterback then flattens at the top of the arc, cutting back inside the tackle and getting a hit on the quarterback on a downfield incompletion. Miller tries first to win upfield on the next play, but then spins back inside and gets home for a sack.”

Fran Duffy is the producer of the Emmy-nominated Eagles Game Plan show which can be seen every gameday during the season on NBC10 in Philadelphia. He is also the host of two Eagles-related podcasts, Eagle Eye in the Sky, which examines the team from an X’s and O’s angle each and every week as well as the Journey to the Draft podcast, which covers college football and the NFL Draft all year round.