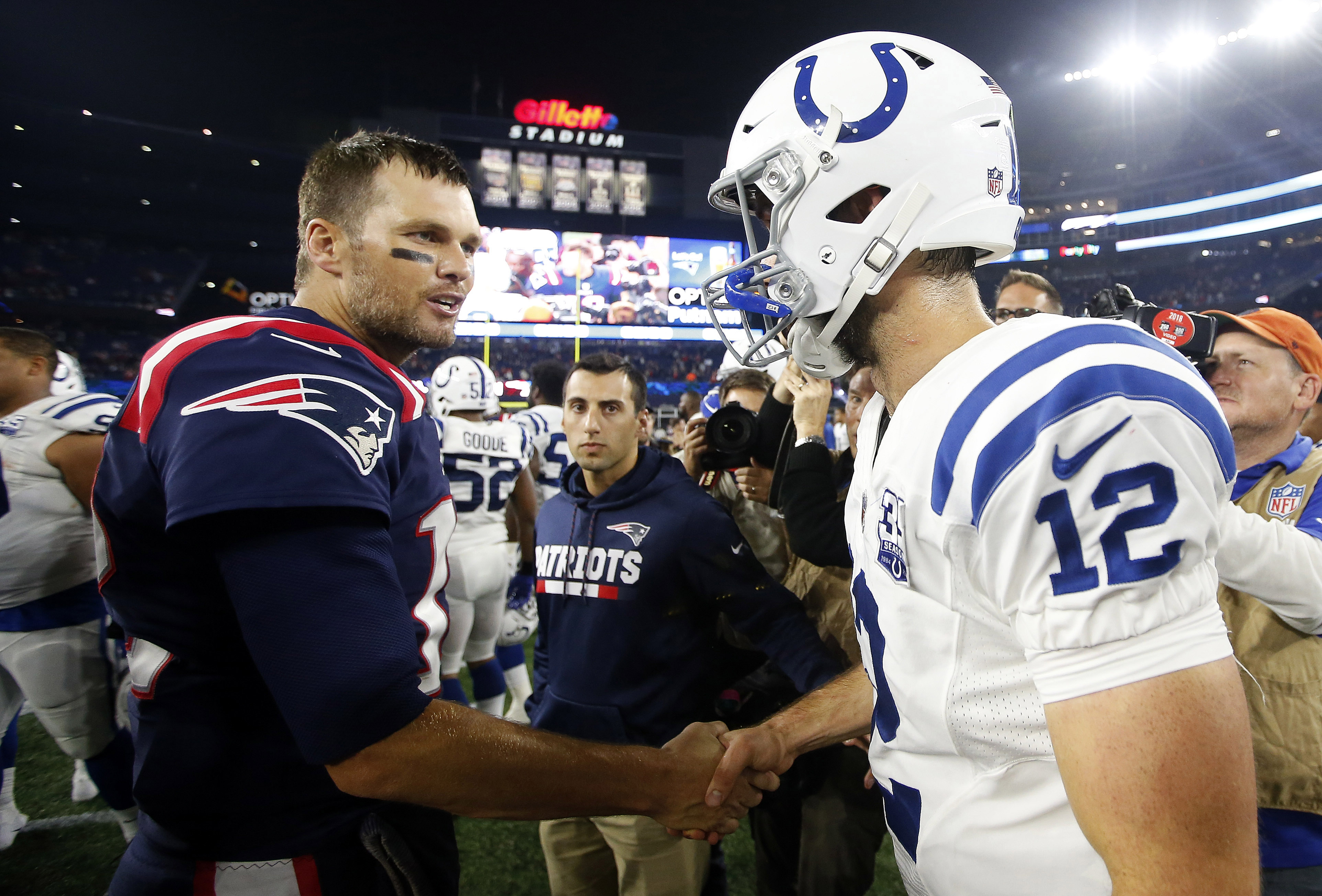 Andrew Luck’s shocking retirement shook up the NFL world over the weekend, with fans, analysts and players weighing in about the strong-armed, intelligent quarterback, who was once touted to be the next Peyton Manning.

But a string of injuries have impacted Luck’s NFL career over the past few years, and the Colts’ medical staff has done a poor job of managing his recovery (which may have played into Luck’s decision). As such, he called it quits on his NFL career on Saturday, which has sparked tons of reactions.

Patriots quarterback Tom Brady squared off against Luck a number of times in some epic matchups over the years, a few them of taking place in the playoffs. He knows Luck well, and shared some thoughts about the former Colts quarterback’s decision to retire, on WEEI’s “The Greg Hill Show” Monday.

“It is his life,” Brady said. “Everyone has the right to choose what they want to do. He had a great career and he was a great player,” Brady said. “Everybody wishes they could be healthy all the time. It is a contact sport and he’s certainly had his fair share of injuries, so guys retire at different times. Some at the end of the season, and I have seen a lot of guys retire before the season gets going and this is just one of those examples.”

“It feels great when you have that support because a football season is like a marathon,” Brady said. “There’s moments where it is very challenging whether it’s physically, emotionally, or mentally — you need somebody to help you push through the hard parts because it’s not all easy.”

It is, indeed, Luck’s life, and his decision to make. He knows how his shoulder feels, and we’re assuming he made the correct decision — considering what life after football will be like.