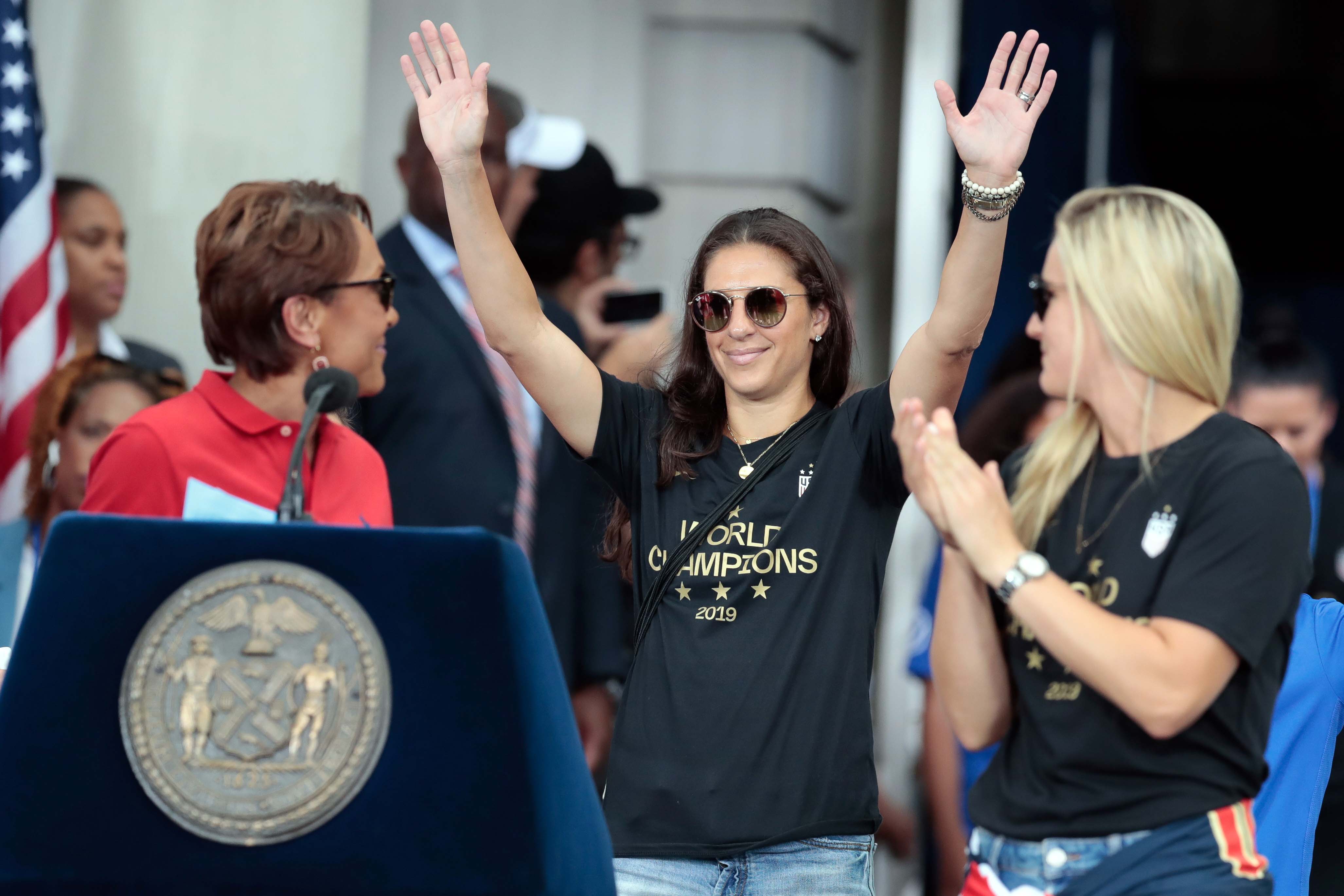 US Women’s National Team star Carli Lloyd was a huge part of her team’s success over the past decade, helping them win two World Cups, as a leader on the pitch.

But at 37 years of age, it’s clear that she’s played in her last World Cup, and apparently wants to try something a bit different.

The endeavor would still require her using her feet to score points on the field, but on a different one, playing alongside men, not women.

Lloyd showed up to a recent Eagles practice, where she went viral for draining 55-yard field goals like a boss, as you can see below.

Have the @Eagles signed a new kicker? Not exactly, but world champion soccer player @CarliLloyd stopped by the Birds' practice and showed off her leg with some impressive field goals. More coverage from camp –> https://t.co/W0jcOtic9G pic.twitter.com/sEgOMupWRb

And she apparently is “seriously considering” trying out for NFL teams, in hopes of becoming a kicker.

“I am having discussions with my husband and James about the reality of playing in the NFL,” Lloyd said, via FOX Sports. “They both feel that I could do it and should consider it. So I’m seriously considering it, as it’s a challenge (and) I would probably enjoy it.”