Your Morning Dump... Where Jaylen Brown talks the talk and subsequently walks the walk. 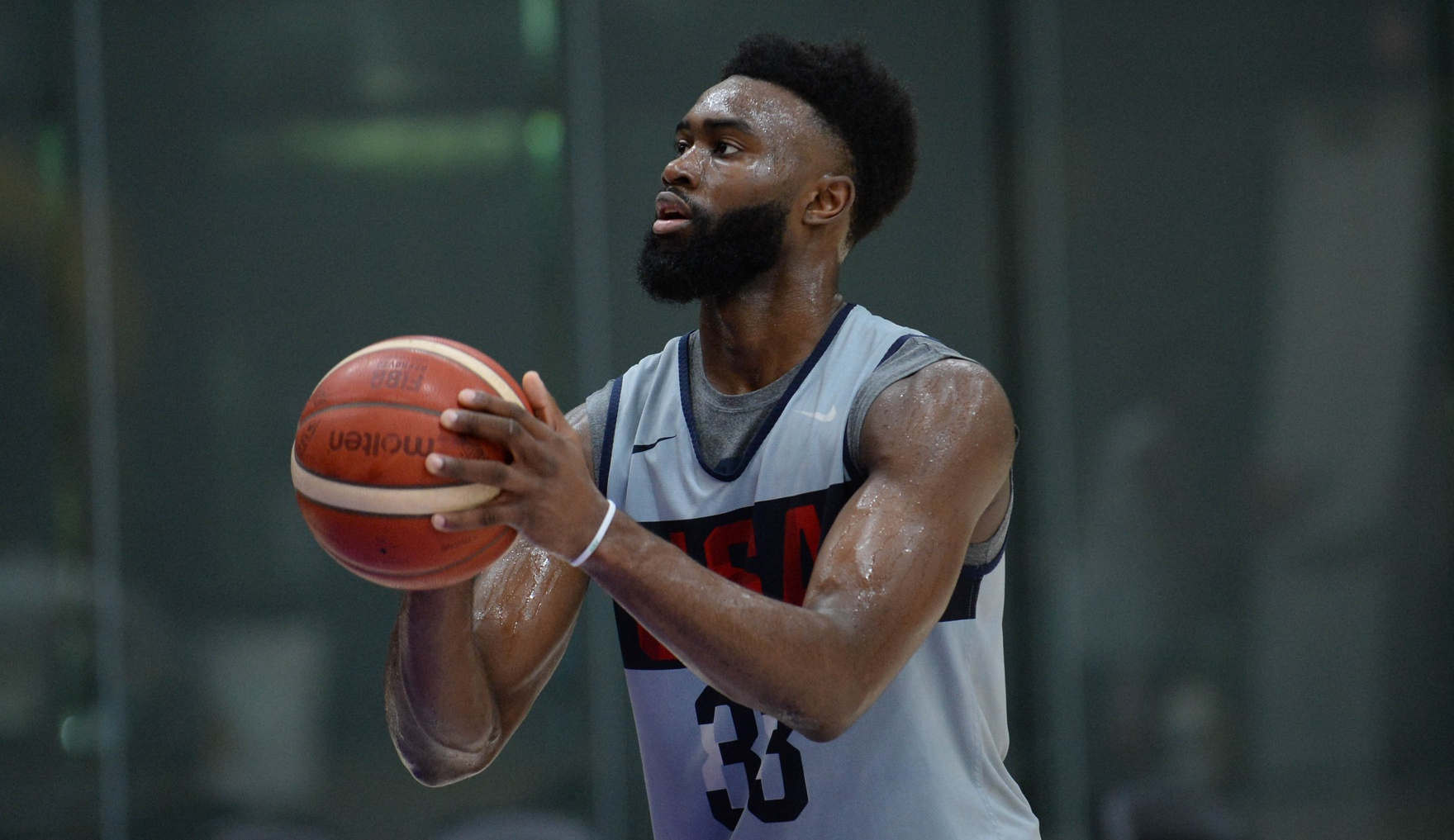 Your Morning Dump... Where Jaylen Brown talks the talk and subsequently walks the walk.

“I think there are infinite ways we can go. I just think that we have to go in the right direction,” Brown said. “Move forward in terms of our mindset, in terms of a mentality, and I think that’s bigger than whether we overreact or underreact. We got to change our mentality.”

Brown has a point. Team USA casually pulled away in their first exhibition with the Australians and it seemed they may have been hoping to do the same in the second. Instead of doing the little things to execute plays and actually score points, the Americans stood and watched a lot more individual play and their defensive communication seemed poor.

“We’re playing for something bigger than ourselves,” Brown said. “Having an understanding of that and a humility of that is something we all have to have. I think we could have showed that a little bit better against Australia. We got to do a better job of having the right mentality, whether it’s an early game, whether it’s a back-to-back, whatever it is. We got to come out and be the aggressors, rather than the one being seeked.”

So that’s what Jaylen Brown had to say after the US lost a close match to Australia–the country’s first loss in 13 years of international play. And while it’s fair to point out that this is quite likely the least talented US national team to compete for a global championship since FIBA decided to allow NBA players to participate, Team USA should still be expected to beat Australia.

Brown had an opportunity to put some meaning into his words during the team’s final exhibition tune-up, against Canada sometime on Monday morning (the team has spent the last week training in Australia, in part to help acclimate players to the 9 (Pacific) to 12 (Eastern) hour time difference between the mainland US & Shanghai’s time zone):

1. First, the positive for the Celtics: Jaylen Brown looked great. He scored in a variety of ways — getting into the paint and creating space around the hoop, working in the mid post and burying a 3-pointer. Brown finished with a team-high 19 points on 8-for-11 after an excellent second quarter which helped Team USA build a double-digit lead.

Brown continues to get better at absorbing contact and working through it, especially around the rim. That’s great for the Celtics, who would love to see Brown become a major slashing threat to supplement his 3-point shooting, although with all the contact, it will be imperative for Brown to improve his free-throw shooting a bit. Still, Brown’s performance was a bright spot for Boston.

The team will have to be on their toes once the elimination portion of the tournament kicks in. As with the NCAA tournament, it’s not about beating the same team four times in as many as seven tries—they’ve got to win four games in a row against four different teams. And even though they’ll be playing teams they can beat nine times out of ten, they’ve got to be good enough to keep that one-in-ten loss from happening during the tournament

On the one hand, I’m pleased that the rest of the NBA has been content to sit back and let this be a Boston Celtics performance. On the other, this Team USA roster has only two All-Stars on it: Kemba Walker and Khris Middleton (the 2014 World Cup team had six All-Stars on it). That increases the responsibility that each player in the rotation carries for the overall success of the team; this is a far cry from the ’92 Dream Team which destroyed the competition at Barcelona while hardly breaking a sweat.

If Team USA wins gold and the Celtics contingent emerges unscathed, they will have been tested more thoroughly than any US men’s national team in years, and will have that much of an edge heading into the regular season.

And, in case you’re wondering, yes, four players on the men’s national team is a record, although one with a rather sizable asterisk. The Olympic teams of 2012 and 2016 featured three members of the OKC Thunder and the Golden State Warriors (respectively: Harden, Westbrook & Durant and Curry, Thompson & Durant, ironically, both teams were coming off of Finals losses). The Olympics are still big time, and the Celtics landing four players on this team is hardly an indication that they will land multiple players on next year’s Olympic team.

Reportedly, Team USA had to invite over 50 players to fill its 15 man training camp roster, and that overall apathy among the league’s top tier of talent is a reminder that, for as much fun as it is to watch basketball, the overall competitive product isn’t very good. It has been said that baseball is an individual sport masquerading as a team sport, well, basketball is a team sport disguised as an individual sport—and it has been for decades.

As long as the best players in the league choose to focus most of their efforts on improving their individual games, the teams they play for will fall short of their goals. Why hasn’t this iteration of the Houston Rockets even made it to the NBA Finals? It’s not because they don’t have the requisite talent—it’s because their talent doesn’t have the right attitude.

Finally: Chuck Cooper is headed to the HOF

Also being inducted: Bill Fitch—who coached the Celtics from 1979 until the team quit on him in 1983, in a season that also ended with an embarrassing loss to the Bucks in the second round of the playoffs (Fitch is being presented by Larry Bird, who is still ticked off about the way the rest of the players treated him).

Side note on Bill Fitch–I remember as a kid, my dad showing me a college year book from his graduate school days at the University of North Dakota. In it, the basketball team photo includes Bill Fitch, Jimmy Rodgers and Phil Jackson.