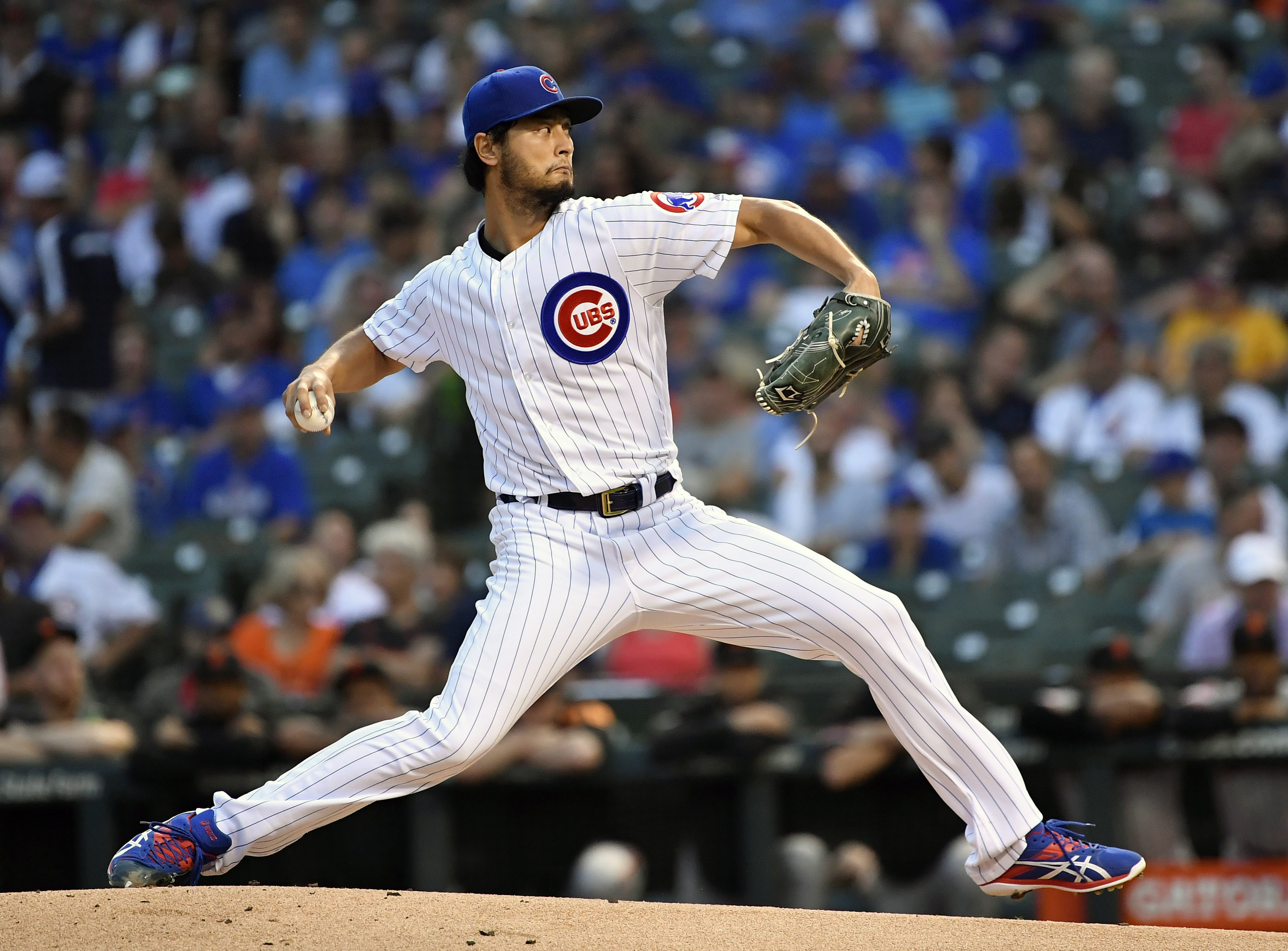 In his start Tuesday night against the New York Mets, Chicago Cubs starter Yu Darvish walked Todd Frazier in the fifth inning. That in itself isn’t all that notable. After all, the right-hander entered this contest with an 8.5% walk rate in 2019, along with an 11.7% mark last season.

It was notable, though, because it was the first time he allowed a hitter to reach via the walk in more than a month. He handed out one free pass against the San Francisco Giants back on July 23rd and nearly went all of August without doing it again. In between these two occurrences, Darvish racked up 49 strikeouts, which put him toward the top of an impressive list:

Most strikeouts between walks according to several sources including this article (https://t.co/hGLT5PWv8K):

Darvish suddenly being allergic to allowing walks is impressive all on its own, but it becomes even more impressive when considering how much he’s struggled in that area of his game recently.

As mentioned earlier, he allowed free passes at an 11.7% clip in 2018 for the Cubs, a campaign in which he only tossed 40 total innings. That’s a pretty small sample size, especially since he likely wasn’t fully healthy for most of those frames. However, the control issues continued hampering his overall performance throughout the first half of this year.

Prior to the All-Star break, Darvish once again owned an 11.7% walk rate. Entering his start against the Mets, his second-half walk rate stood at just 1.1%, which was easily the best in baseball among qualified starters. The fact that he paired it with a 35.3% strikeout rate (third-best in baseball entering Tuesday) was just gravy on top.

What’s interesting is that Darvish’s batted-ball profile and quality-of-contact numbers haven’t changed much when comparing his first-half and second-half performances. Frankly, they haven’t needed to with how much better his control has been. He’s accomplished this by dramatically cutting the usage of his fastball and slider, while leaning more on his cutter, curveball, and split-finger.

Even though his walk-less streak ended, the hurler’s resurgent second half continued in his appearance at Citi Field. He allowed just one run on five hits (including one homer), one walk, and seven strikeouts in eight innings of work. This marks the seventh time he’s lasted at least six innings in his last nine starts, which has included seven-plus strikeouts on eight different occasions.

He’s been stung by dingers recently (eight homers allowed in his last four starts), but overall, he’s been exactly what Chicago has needed as they battle for a playoff spot. When they signed the 33-year-old to a six-year, $126 million contract a couple winters ago, the organization was clearly hoping to have another ace for at least the foreseeable future.

While that didn’t exactly come to pass and the Cubs ultimately performed below expectations as a club in 2018, Darvish is doing everything he can to make up for lost time. So far, so good.