A returning Carlos Condit to face Mickey Gall in December 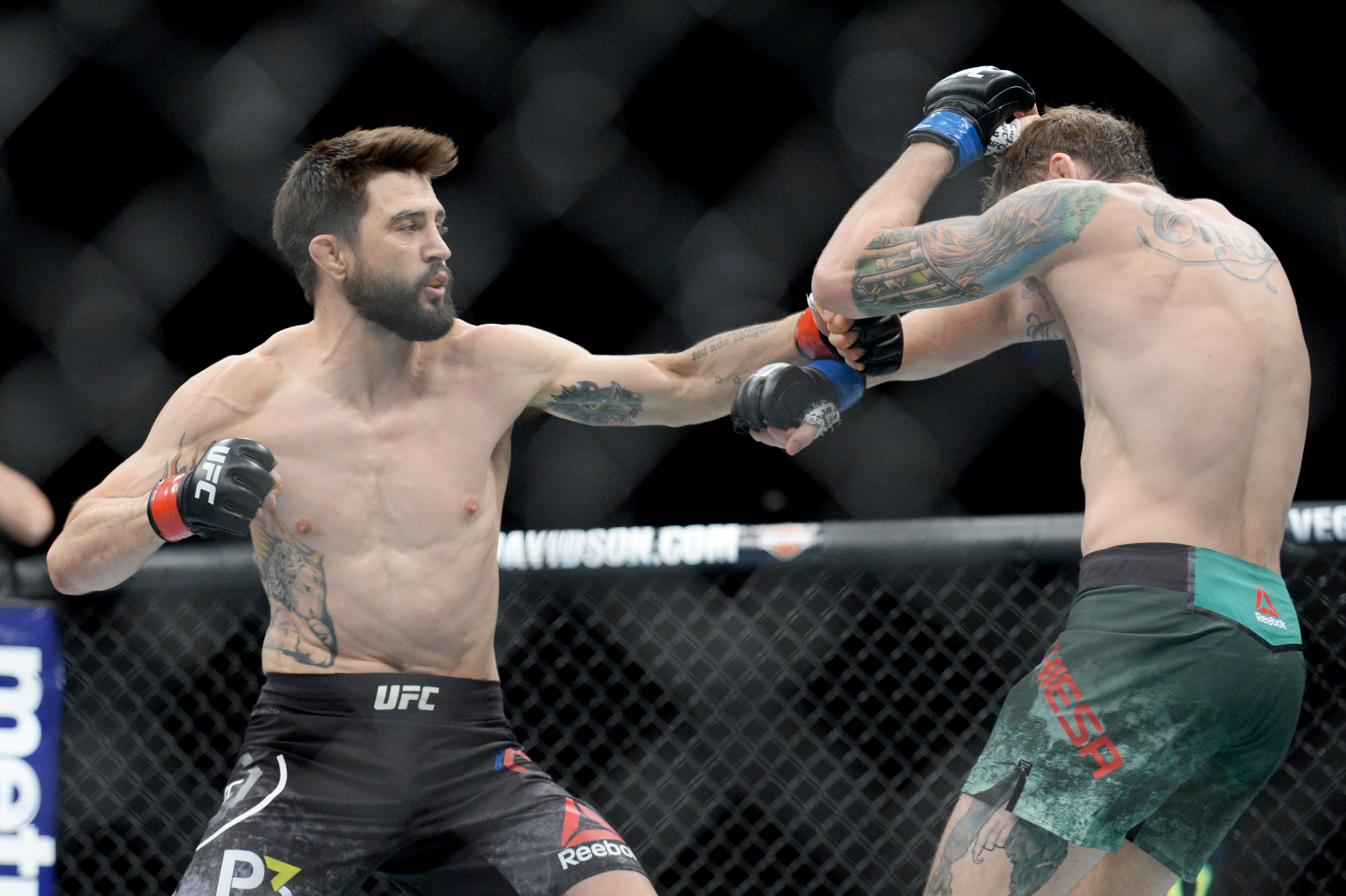 A returning Carlos Condit to face Mickey Gall in December

Upstart Mickey Gall has a knack for calling out experienced fighters who haven’t competed in the octagon for a while. He did this to Dan Hardy not too long ago, and now, someone else has entered his mind. This time, he’s got what he wanted.

Gall will face off against Carlos Condit, who hasn’t fought since last December. The two will fight on December 7 inside the Capital One Arena in Washington, D.C. on UFC on ESPN 6. MyMMANews’ Eric Kowal was the first to report the news.

Looking to move on up in a crowded welterweight division, Gall (6-2) has been yearning to be thought of as a serious fighter since besting former WWE star CM Punk back in 2016. Since that fight he is 3-2. Gall’s last fight was on August 3 against Salim Touahri (via unanimous decision).

A former interim UFC Welterweight Champion, Condit (30-13) last fought at UFC 232, losing to Michael Chiesa via submission. That added on to his losing streak, putting him at five in a row. “The Natural Born Killer’s” last win was against Thiago Alves in 2015. Quiet for a while, Condit posted on Instagram his attempt at a return to the octagon.

Known for his ground game, Gall has been working on his close-range attacks, primarily striking. He will need to work harder on that as he faces Condit, a man who has 15 wins via knockout.