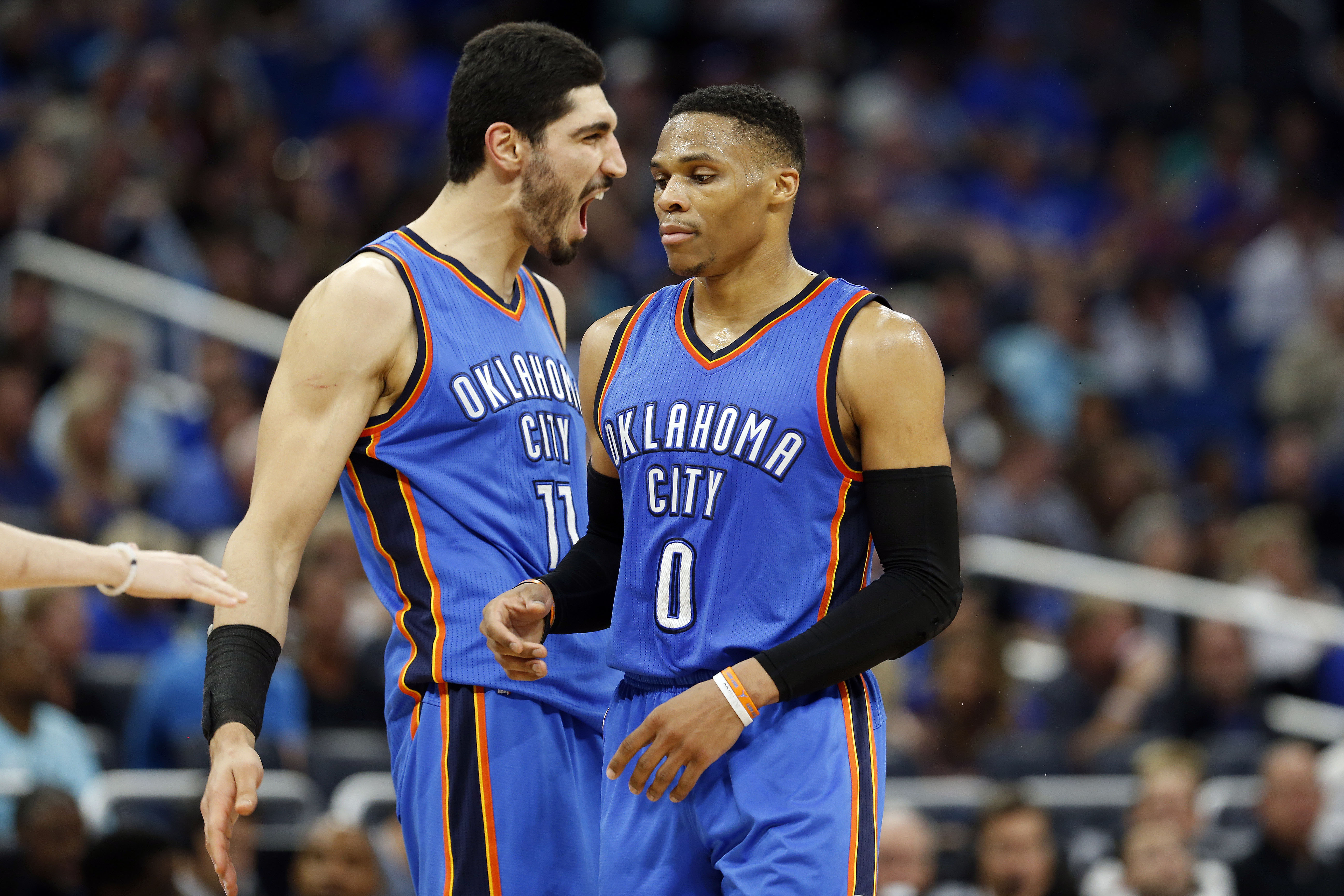 Veteran center Enes Kanter has played with a number of great players during his eight-year NBA career, and he recently came out and said who he believes was the “best” one.

Kanter has been lucky to play alongside Russell Westbrook, Damian Lillard, Kevin Durant and Jusuf Nurkic, but he thinks one of those guys is the best of the group.

The 27-year-old big man recently appeared on Fox Sports 1’s “First Things First,” and he stated that not only was Westbrook the best player he suited up alongside, but was also the best teammate.

“That’s something I wanted to tell the whole world. He’s actually a really chill dude, a really good dude,” Kanter said. “He was the one definitely that helped me the most.”

"Russell Westbrook was the best player I've played with. … He's not just the best player, the best teammate I've had off the court." — @EnesKanter pic.twitter.com/gEY9hq3Z21

Westbrook > KD is a tough sell, but Kanter is close friends with the Rockets’ new point guard, so there could be a bit of bias going on here.