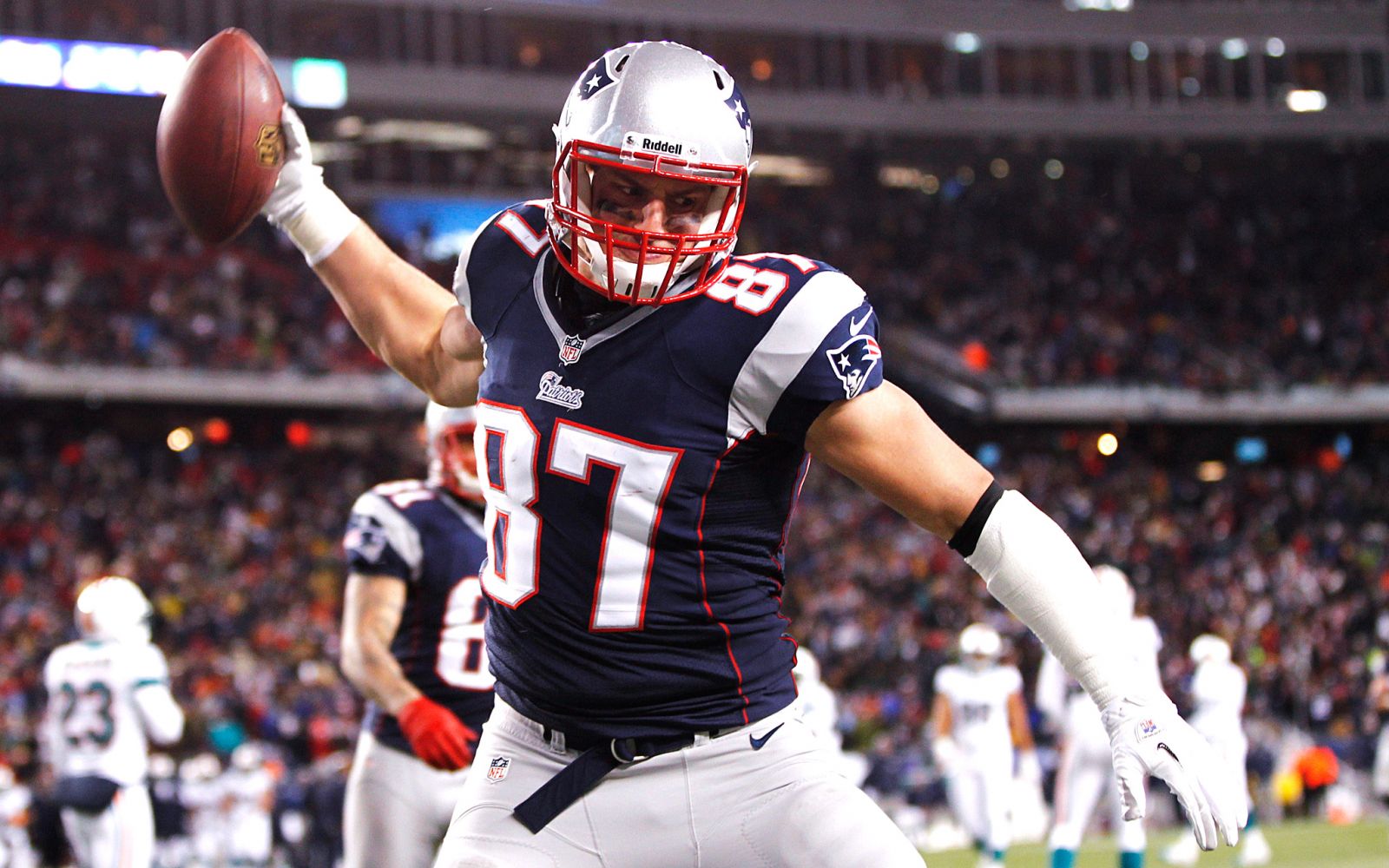 According to CBS Sports, he was asked during the conference about a possible WWE run and he looked to have perked up when discussing the potential of being the ring.

Gronkowski responded to the question about his potential WWE run by saying:

“With wrestling, I don’t feel like I would be a full-time wrestler, but there is one thing I’m down for,” Gronkowski said. “And that’s to do one crazy match. Practice it for a little bit, go out there, like in a Royal Rumble, go out there, I got my friend in WWE [Rawley], practice it and do a full-on WWE match. I’m not saying when. Maybe five years. I got the rest of my life to do that. I’ve always dreamed about doing that, just one time, going in there and going full out. That may be a possibility, one time, down the road.”

Gronkowski made an appearance at WrestleMania 33 where he got involved in the Andre The Giant Memorial Battle Royal after Jinder Mahal would harass and attack the 3 time Super Bowl Champion.

Rob Gronkowski would storm into the ring going past security and tackle down Jinder Mahal. This would result in helping Gronkowski’s friend Mojo Rawley win the Andre The Giant Memorial Battle Royal.

After The New England Patriots captured another Super Bowl win defeating the Los Angeles Rams this past year, Gronkowski announced his retirement from the NFL and thus caused speculation as to whether or not he would compete for the WWE.

WWE Executive Vice President Of Talent, Live Events and Creative Paul “Triple H” Levesque has commented on the possibility of Gronkowski joining the WWE by saying that the door is open for him.