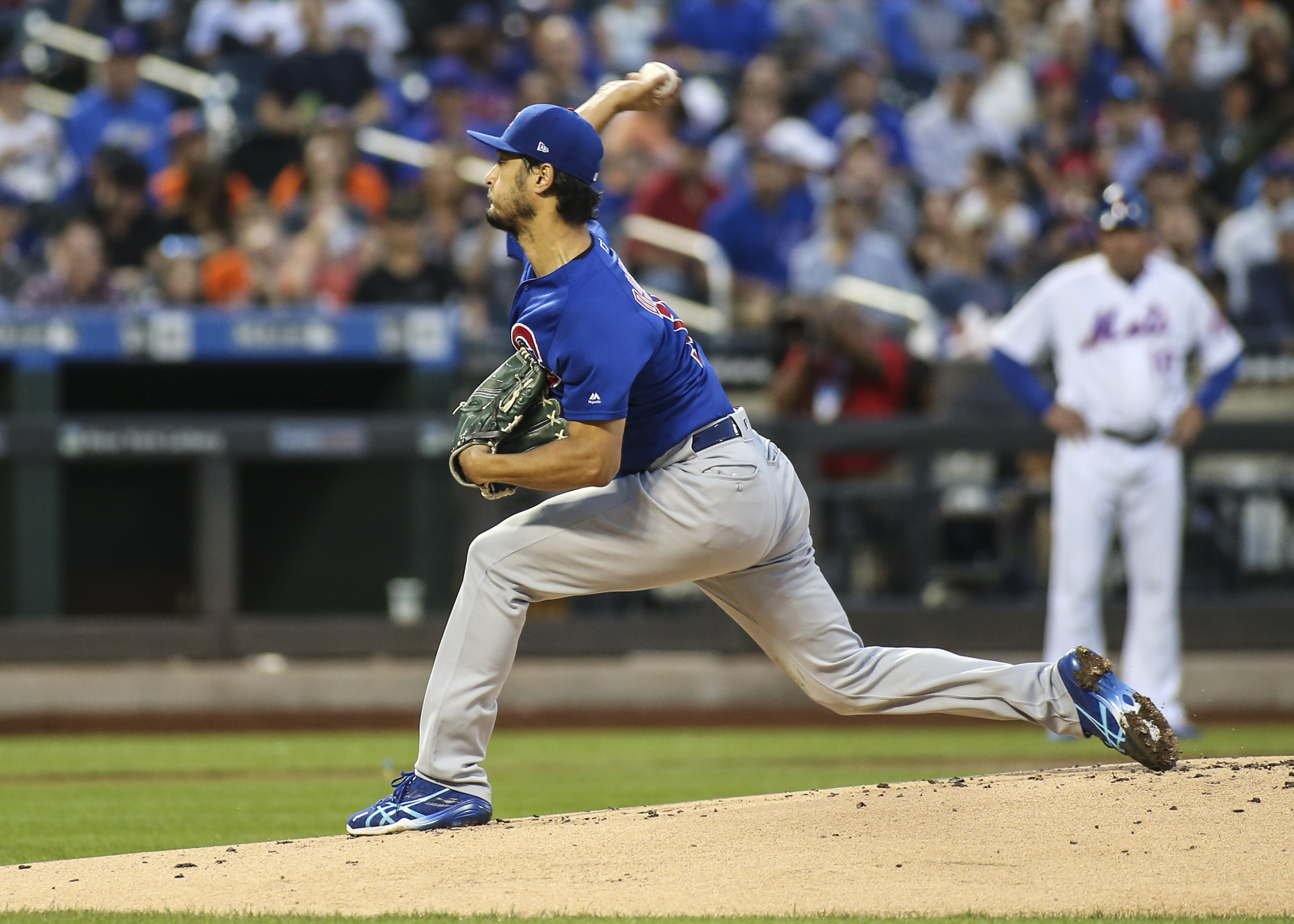 Things seemed rosy after Pete Alonso set a new club record for home runs in a season with his 42nd to right center off Yu Darvish to make it 1-0. But Darvish was spectacular the rest of the way while Marcus Stroman’s night was defined by two missed locaations.

Marcus Stroman is throwing a cutter here to Addison Russell. Wilson Ramos is setting up outside …

The cutter goes in, but doesn’t jam Russell at all or comes around the outside corner. Instead, it’s belt high, and even though it’s outer half, it drifted a bit towards the middle and Russell goes with the pitch the other way or a two run HR to make it 2-1 Cubs.

Here’s Stroman’s two seam fastball to Javy Baez in the sixth. Ramos wants this one inside. Instead …

… Ramos has to reach for it as this one goes middle/middle. MVP candidates don’t miss those, and Baez didn’t miss this one. That made it 4-1 Cubs and that was your ballgame. The only reason to watch after that was to find out that Chris Mazza’s stirrups aren’t team issued … but rather bought on Amazon. If Joe Torre finds out about this the Mets will be fined in perpetuity.

Pete Alonso’s record setter was nice but the Mets show up to win ballgames, and they didn’t do it on Tuesday. The 5-2 loss was their fourth straight, and this one was the most inopportune time to lose as the Cubs are the team they’re chasing. Jacob deGrom and Noah Syndergaard are on the hill to win games they’re paid to win … or at least get the Mets to 1-1 in the bottom of the 7th. These are the biggest games in the year and if they lose even one, the mission becomes a lot harder. If they lose them both … 2019 is toast.

No hate list. Only prayers for Blake Bivens and his baseball family.