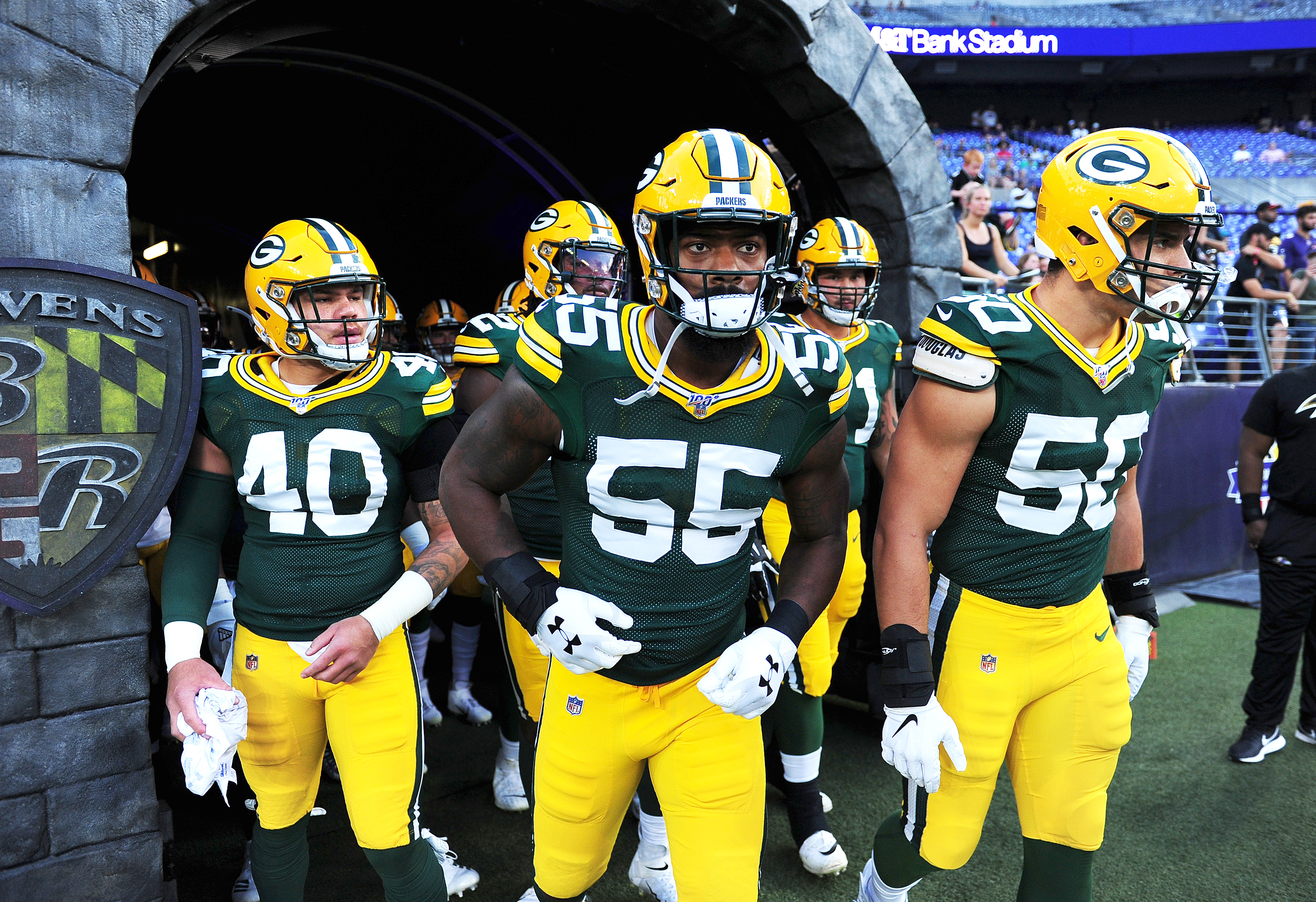 As the Green Bay Packers enter the final days of training camp, decisions need to be made. The Pack has until Friday to get from a 90-man roster down to the final 53 players that will be on the roster opening night in Chicago.

Here is a look at my projected final 53-man roster. Keep in mind injuries, outstanding or very poor performances in the final preseason game or waiver signings can change this list. I will also discuss likely practice squad candidates and who will be let go. I will also explain why these moves should happen. Feel free to comment on any of these projections.

Rodgers is the unquestioned starter. The Pack will likely keep both Kizer and Boyle on the roster as both have shown flashes of ability during the preseason. When your starting quarterback is on the other side of 35 and has Rodgers’ recent injury history, it makes sense to keep three QBs on the roster. Boyle and Kizer may battle for backup status throughout the season. There just isn’t room for Wilkins on the team this year.

Jones and Jamaal Williams have secured their spots. Carson has been running ahead of Dexter Williams on the preseason depth chart, but Dexter’s long-term upside wins out in the end and Carson is let go. The key for Dexter Williams is being where he should be in pass protection and on pass patterns. The fact that Jamaal Williams is so reliable allows the Pack to keep Dexter Williams but if injuries strike, GM Brian Gutekunst will keep Carson’s name on his speed dial.

Vitale has the size and versatility that Matt LaFleur likes at the position. Johnson will be kept on the practice squad for depth. Bohanon is a veteran with experience but hasn’t had enough time to show what he can do in the system. The Pack will keep only one FB on the active roster to start the season.

It gets a little tricky here due to St. Brown’s injury and the fact that the Pack has a lot of depth at this position. Adams, Valdes-Scantling, Geronimo and Kumerow are locks. St. Brown will likely start the season on IR designated to return which means the Packers have to initially put him on the roster then place him on the IR. That will allow them to activate Lazard from the practice squad to the active roster if another team doesn’t claim him. Davis wins a job based on his improvement during the offseason and his return abilities. Shepherd had a strong camp and preseason and has a different body-type than the other receivers on the roster, so he stays. J’Mon Moore has talent but can’t seem to put it all together. The Packers may try to stash him on the practice squad and see if they can improve his confidence and bring out his talent.

Graham doesn’t seem to be getting enough separation from defenders in camp so there is concern here although LaFleur’s offense should be friendlier for tight ends than Mike McCarthy’s was. Lewis will stick around for veteran leadership and because the new offense requires at least one tight end to block well and that is Lewis’ strong point. Tonyan has shown improvement while Sternberger’s preseason injury slowed his progress. Expect more from the rookie late in the season. Because the Pack keeps four tight ends, its unlikely they keep one on the practice squad.

Regardless of who wins the starting LG spot, both Taylor and Jenkins should make the team unless somebody bowls Gutekunst over with an offer for Taylor. If injuries strike at tackle, Turner could move over from guard or Light could step in. McCray can fill-in at right tackle in a pinch and Patrick is a mauler and a good team guy.

Lowry showed improvement last year and will continue to start. Adams is one of the most improved players over the offseason and will finally get his chance to contribute regularly. Clark is the bedrock of the unit and a potential Pro Bowler. Lancaster is steady and improving while Keke showed flashes of pass rush ability and will contribute more as he gains experience. Brown and Looney are useful depth players who the team should add to the practice squad. The fact that many of the OLBs can also line up with their hands in the dirt on passing downs allows the Pack to keep just five players here.

The Packers have a talented and deep group here and it’s a major upgrade over where they were a year ago. The two Smiths will give Mike Pettine plenty of options as to who to rush and from where. Fackrell is coming off his first double-digit sack season and shouldn’t be overlooked. Don’t get too worried over Gary’s lack of stats early in the preseason, Pettine will make sure he uses him in situations that best utilize his talent early and gradually incorporate him into more and more of the defense. Martinez is in a contract year and could be in for a big season. Burks’ injury is not as serious as initially feared and he will likely start the season on the active roster. Crawford is a special teams standout while Summers has shown some potential despite failing to wrap up on some plays. Bolton’s injury allows the Packers to stash him on IR and red shirt him this season. Gilbert loses out because of the infusion of new talent.

Alexander and King are the starters if healthy. Williams is experienced and versatile while Brown has come on and impressed the coaching staff throughout the preseason. Hollman plays a physical style that suits the defense well. Jackson’s lack of elite speed hindered his progress as a rookie, but the Pack hopes he takes a step forward in year two. Sullivan has made plays in the preseason but also gave up a lot of big plays as well. He and Ento, a converted receiver, have the potential to stick around on the practice squad.

Savage and Amos will give the Packers their best safety combo in recent years. Greene has taken a big step forward in the offseason and will be the hybrid S/ILB in dime packages. Jamerson edges Redmond for the final spot on the active roster while Campbell’s injury allows the Pack to stash him on the PUP list to start the season.

Crosby’s consistency earns him another year as the Packers kicker. Scott has been looking good during preseason. Bradley continues as the long snapper for another season.

Practice Squad: 9 which leaves room for the Pack to add one more player released from another team.