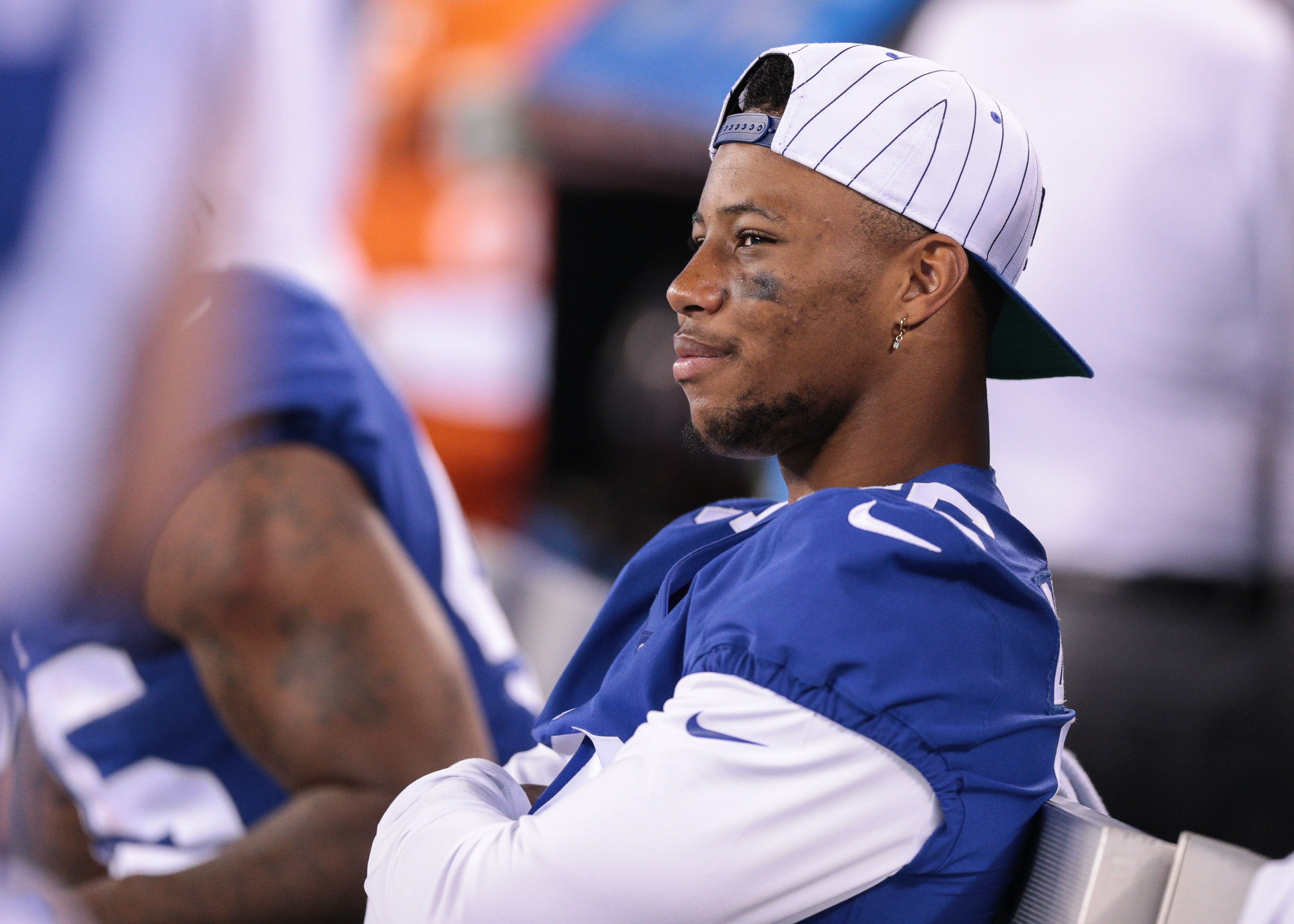 Giants running back Saquon Barkley had an interesting run-in with Patriots quarterback Tom Brady a few months ago, apparently.

Barkley lives in New York City, so it makes sense that he showed up at the Met Gala back in May. It’s a star-studded event, and Barkley is the biggest star the Giants have on their roster. Also in attendance was Tom Brady, who often attends the big event with his beautiful model wife, Gisele Bundchen.

Apparently, Barkley went into Brady while there, and TB12 congratulated him on a great rookie campaign. After that, though, Barkley said that Brady “challenged” him, according to Pat Leonard of The New York Daily News.

“I’m standing there at the Met Gala ready to run through a brick wall,” Barkley said to laughs at Jazz at Lincoln Center.

The Giants do play the Patriots on Oct. 10, which figures to be an interesting matchup.