The real reason we should watch Eagles vs. Jets 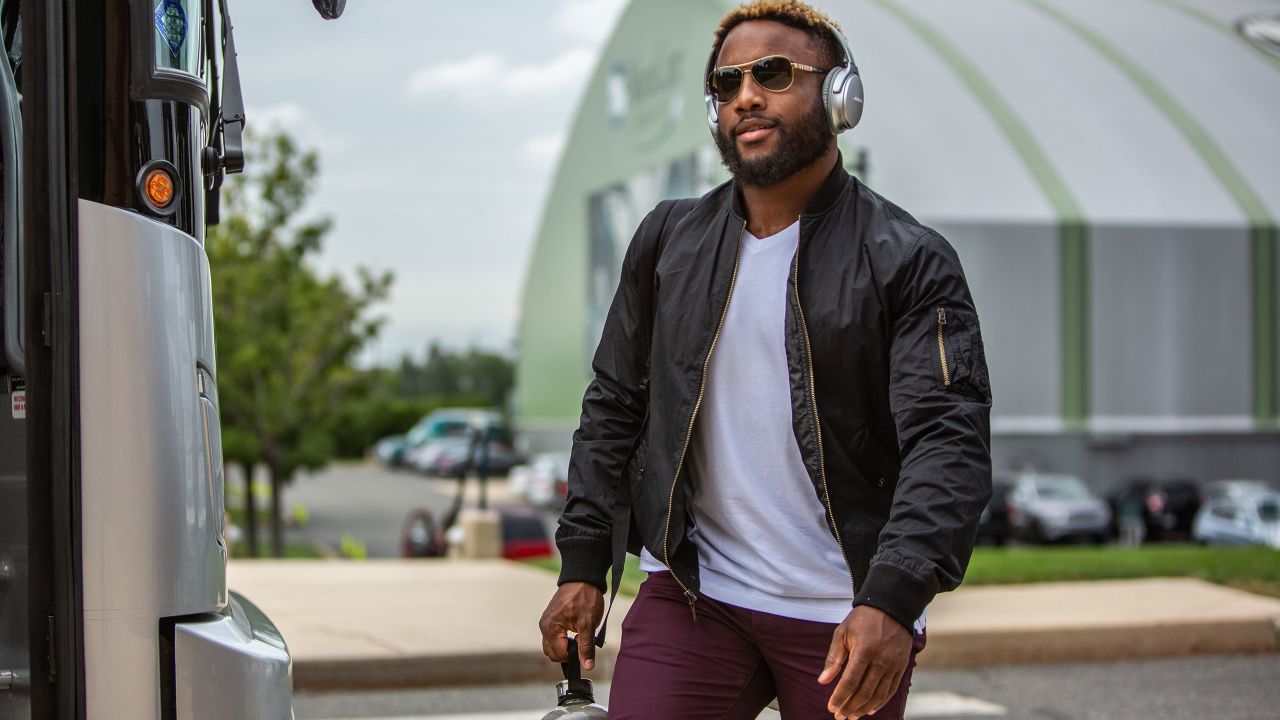 The real reason we should watch Eagles vs. Jets

Les Bowen (of Philly Inquirer and “Band of Reknowen”) sums it up best:

“There is a twist this year that might help the [PS4 game] proceedings seem less futile for the visitors. The Jets’ general manager is Joe Douglas, who was the Eagles’ vice president of player personnel until he got a chance to run his own operation this spring. Douglas will be watching the Eagles’ cuts this weekend, many of whom figure to be players he brought into the organization.”

Les is so right, this is the ultimate angle on a PS4— “Howie, if you cut him, you know I’m gonna claim him.”

Interesting. This will be like a speed date…on speed…

Les said these guys are the Douglas-endorsed Eagles who are on the bub-bb-ble:

There are of course other guys who are on the brink of elimination this Thursday night, but those bold-faced names are the guys Joe Douglas personally scouted himself.

In the interest of fair play, here are the Jets whose futures are on the line against the Eagles’ desperados:

Elijah McGuire’s days with the Jets appeared to be numbered when the team announced that they signed Bilal Powell.

So far, Powell and Trenton Cannon have outplayed McGuire every step of the way. Cannon likely sealed himself a roster spot with his performance against the Saints. His 61 yards on five carries, including an additional three catches for 28 yards, on Saturday may have sealed the fate of McGuire.

Without a strong performance against the Eagles on Thursday, McGuire will be the latest Mike Maccagnan draft pick to be shown the door. He has age on his side against the veteran Powell, but he needs to show something.

Charone Peake’s chances of making the Jets are slim because he is limited to special teams play. Trenton Cannon has been just as good, if not better, at the gunner position and the Jets have other special teams players who are better receivers.

Peake will play some receiver on Thursday, but his past experience at the position is rather telling as to where his standing on the team is. Currently, he is a player who is definitely on the bubble and in need of some nice special teams plays, as well as having a backer in Brant Boyer.

Eric Tomlinson had a chance to make the team with Chris Herndon suspended for four games, but he has done little to nothing to prove that he is worthy of a roster spot.

It’s become more and more apparent that Ryan Griffin and Trevon Wesco can hold down the tight end room until Herndon arrives. Tomlinson only played four snaps on Saturday, so that’s pretty telling on where he stands.

If the Jets decide to carry three tight ends with Herndon suspended, the third will likely be Tomlinson. However, he will need to prove he’s worth a spot against Philadelphia on Thursday.

At the time of his selection, Nathan Shepherd appeared to be another head-scratching reach by Mike Maccagnan.

Two years later, there’s a chance Shepherd’s final game with the Jets will be on Thursday. He’s run with the second-team defense throughout the entirety of camp, but it’s hard to find a spot where he sticks on the roster.

With a good showing Thursday, Shepherd could force the front office’s hand, but it appears the Fort Hays State product already has one foot out the door.

There are a few other guys on the brink for the Jets— LB James Burgess, CB Tevaughan Campbell, CB Alex Brown….but EYE think those guys with their pictures up there are the ones in whom Howie and Joe Douglas share mutual interest.