Your Morning Dump...Where it appears the cost to re-sign Jaylen Brown is going up 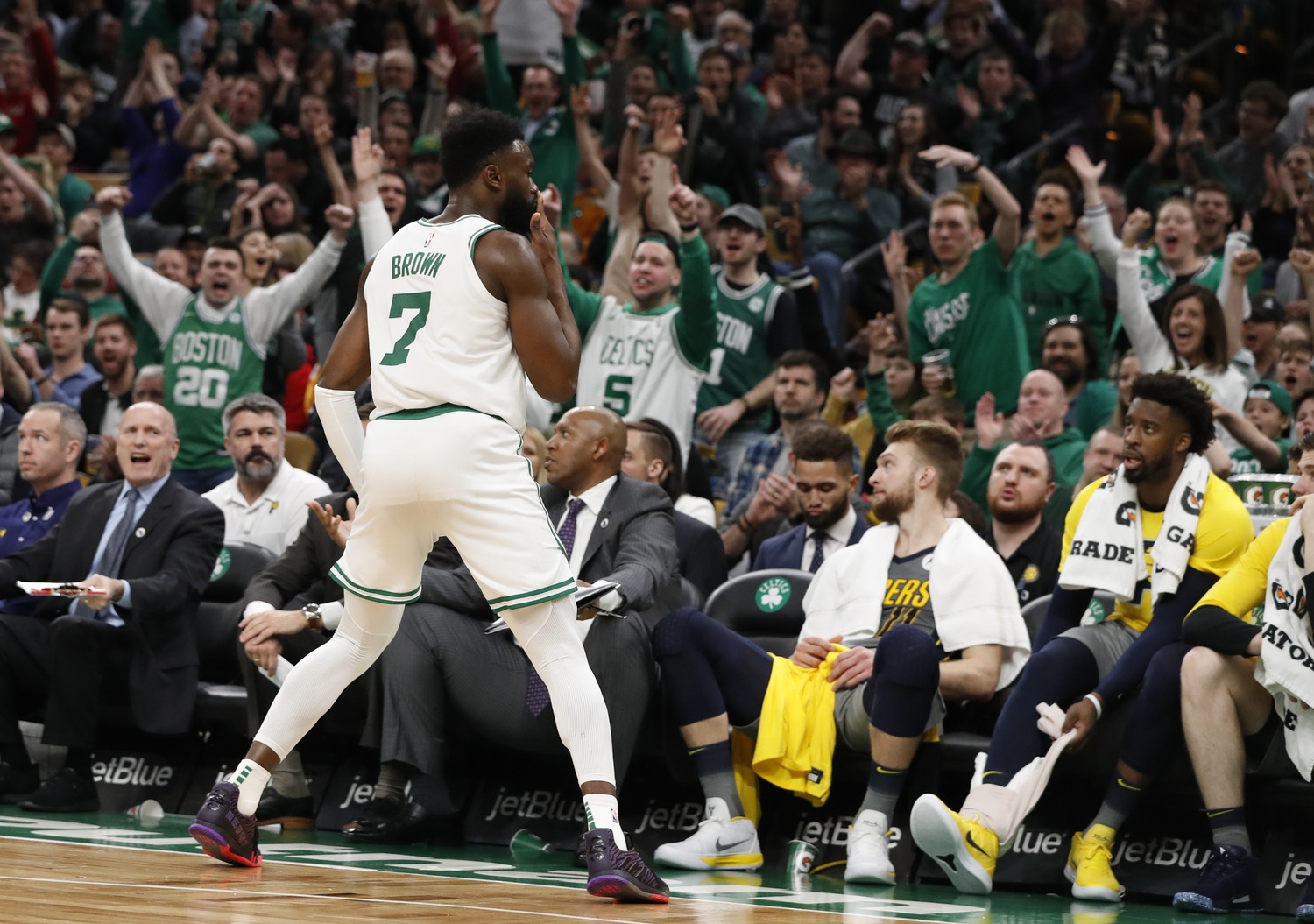 Your Morning Dump...Where it appears the cost to re-sign Jaylen Brown is going up

Both LeVert and Golden State’s Draymond Green have taken less-than-max money this summer in the quest for long-term security. Assuming Anthony Davis re-signs with the Lakers after this season, that leaves the likes of Pascal Siakam, Brown, and New Orleans’ Brandon Ingram as potential top options — though all are restricted — next summer.

At an average annual value of $17.5 million, the Nets seemingly got a sweetheart of a deal. But Celtics fans shouldn’t expect to get Brown at a similar number unless he has an underwhelming 2019-20 season. For all of LeVert’s potential, he’s two years older than Brown and has an injury history.

Not only can Jaylen Brown get his hands on a gold medal when Team USA travels to China for the FIBA World Cup, but he may be able to drive up his price in free agency next season. While he is restricted, the pool of top tier free agents in 2020 leaves a lot to be desired, and getting this kind of exposure can only build the case for a max contract for Brown.

It should be highlighted that 2016 draft classmates Ben Simmons and Jamal Murray agreed to 5-year, $170 million dollar deals with their respective teams this summer.

What does this mean for Boston?

It means that they may have to act soon to get Brown signed before he hits the market next summer as an RFA.

We’ll get a sense of what ownership truly thinks of this team by how it proceeds financially. Wyc Grousbeck has always said the luxury tax will not prevent him from building a championship contender. But will he pay tax dollars for a 2nd-tier contender?

The Celtics are sitting around $120 million in salary, a cool $12 million under the tax.

Gordon Hayward is a wildcard. If he returns to form then he most certainly will decline his $34 million dollar option for next year to hit the market in a weak FA class. If he opts-in, and the Celtics extend Brown, you’re looking at a $140 million dollar payroll.

And, while it is two years down the line, Jayson Tatum is on track for a max extension.

The Celtics kinda boxed themselves in with the Kemba Walker contract. They’ve got some big decisions to make but my gut feeling is that they get Brown signed sooner rather than later.

Page 2: Where Doc believes KG was the Tom Brady of the 2008 Celtics

He credits strong chemistry for creating championship teams, and thinks it should not be “taken for granted”. Members of the 2008 team still remain close friends, and Rivers praised Kevin Garnett for quarterbacking the group.

“[Garnett] is the greatest superstar team-builder that I’ve seen in the history of the game,” said Rivers. “He always considered the team before any action that he took on or off the floor, and for that to also be your superstar player is unusual. Kevin Garnett, like Tom Brady, is a culture-builder. When you have a guy like that, you’re going to win. Kevin is one of the greatest of all-time, but he’d be the last one to tell you.”

Comparing anybody to the greatest quarterback of all time is a lofty exclamation, but this is pretty on point. The Celtics were a laughing stock for years before Garnett came through the door, and the Celtic culture had been lacking for quite some time. Once Garnett was added to the fold things changed, immediately. He brought fire on the defensive end, he got in his teammates’ ears, and he was the most vocal player on the court. Couple all of those intangibles with his incredible talent and it’s easy to see why Doc made this comparison

Garnett’s leadership was an irreplaceable part of that team. I’m often reminded of Garnett’s sit-down with Bill Russell that season. The two big men discussed this exact theme of leadership. In the sit-down, Russell says: “You may have to put your arms around a couple of guys and take ’em with you, but you can’t drag ’em. You have to put your arms around them and take them with you.”