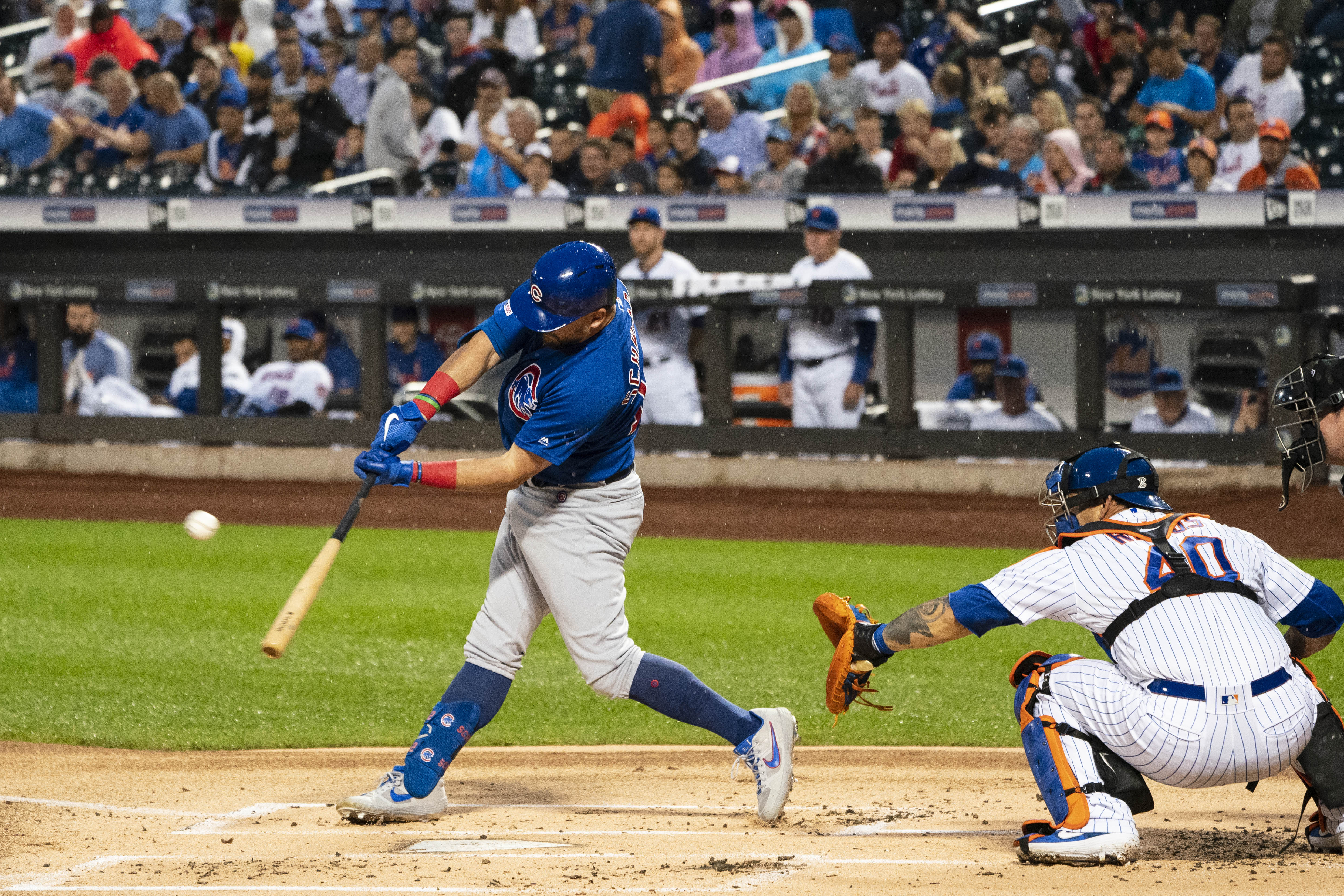 But let’s be real: He didn’t get it done tonight.

I’m not going to sit here and tell you that Syndergaard isn’t an ace because he didn’t get it done in a game the Mets really needed. Six starting pitchers have won World Series games for the Mets and Syndergaard is one of them. He was every bit as good as Madison Bumgarner in the 2016 Wild Card game. So to cast him aside because of this one disaster is preposterous. But it’s frustrating and I’m sure Syndergaard is as frustrated as anybody. Hell, he got tagged in a first inning that looked eerily like Game 162 against the Marlins in ’07 … right down to the stocky catcher failing with the bases loaded in the bottom half of the inning.

Five days after he was perfect for 16 batters, Syndergaard gave up 10 runs (nine earned) in three innings and he got a mix of bloops, blasts, and defensive lapses letting him down. After Ian Happ’s home run to make it 6-0, Syndergaard had that look on his face the same way Wade Phillips had that look on his face when he was the coach of the Bills and he was flummoxed because “how could that play call have gone wrong”?

Noah Syndergaard has that “Wade Phillips” look in his eye. (SNY)

In Syndergaard’s case, it was “how could that pitch selection have gone wrong?” Carlos Pena talks about pitch sequencing a lot on MLB Network, and said that even during Syndergaard’s game against Cleveland there were sequences that he got away with because his stuff was so good. The stuff wasn’t quite there tonight, and two of the big hits in the first inning, Kyle Schwarber’s double and Happ’s home run were off changeups. Then by the time Syndergaard got to the second inning, the Cubs weren’t even letting Syndergaard sequence anything, as they were swinging first or second pitch and getting results (Schwarber’s home run was off the fastball and Nick Castellanos’ home run was off the slider.) Somehow, the Cubs figured him out and ambushed him to a 10-1 lead after two and a half innings.

The bullpen, if you could believe this, threw six scoreless innings, and the Mets climbed back into the game, making it 10-6 by the end of the fifth. But J.D. Davis hit into a huge double play in the sixth after the Mets put two runners on to start the inning. They put two runners on in a two out rally before Juan Lagares ended the inning with a fly out in the 7th. They led off the eighth by putting runners on second and third with nobody out and only came out of that inning with one run to make it 10-7. Then they got the tying run to the plate with nobody out in the ninth. But it was all just Ralphie climbing up the red slide to garner the courage to tell Santa Claus that he wanted an official Red Ryder carbine action, 200-shot, range model air rifle with a compass in the stock and this thing that tells time. But the Mets mistook Craig Kimbrel’s beard for Santa’s, and Kimbrel put a boot to their face to end the game. The Mets, from start to finish, shot their eyes out.

They might have shot their playoff hopes out too. Losing two to the Cubs was not what the Mets needed. And now they absolutely have to win a Jacob deGrom start to keep any hopes of contending this season alive. If they go into a six game road trip to Philly and Washington five games back of the second wild card spot, they’re done. And if they lose Thursday’s game in the typical “deGrom was brilliant, Mets don’t hit, bullpen blows it” method, I’m going to shoot my own eyes out.