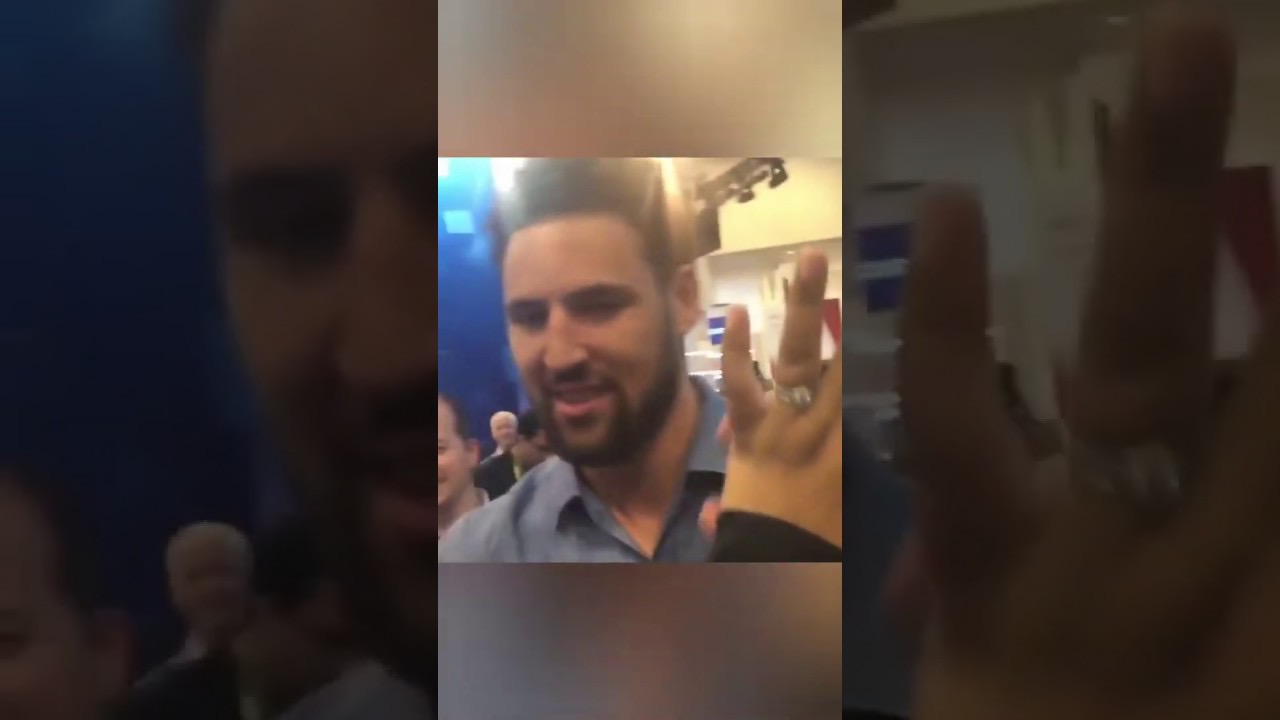 SAN FRANCISCO, CA — UPDATE: Someone pointed out in Klay’s IG post with Laura (the 4th pic), she’s wearing what seems to be a big gold “regular jewelry” ring on her left ring finger. Thanks to those of you who didn’t get all mad and uptight unlike certain Klay stalkers on here LMAO 😂🙄🙄🙄

Check for yourself in the first few seconds of this video compilation: Klay Thompson brought now-well-publicized girlfriend Laura Harrier to the VM World 2019 convention, where he was scheduled to make his second annual appearance for a company called Rubrik. Harrier was sporting some type of ring on her left hand. The video is too blurry, though. [ARTICLE CONTINUES BELOW THE VIDEO…]

Was the ring on Harrier’s ring finger? The couple has been posting a lot recently on Instagram, basically announcing their love for each other and the fact that Klay brought her to a public “engagement” (pun intended 😂) might mean something. Even Zaza Pachulia jokes that Klay “finally found someone who loves you,” in a comment on one of those posts.

Zaza also teased Klay on Instagram after the 2018 championship during the summer break for not having a ring of the marriage type (not in so many words, obviously). Suffice it to say that he’s gotten plenty of peer pressure from his NBA BFF Pachulia.

Not to start any rumors — we’re not a Sports Gossip site (S/O ✊) and again, it depends on if the ring was on her ring finger — but it would not be a far stretch if they did get engaged, or if it’s a promise ring. Just connect the dots. Remember the Tahoe trip? Klay brought Laura to that, too:

Klay is scheduled to be in China on Sep 7-8 and we have strong Anta contacts there, so we’ll try to get some more info soon.

Thompson has said before that he’s looking for a “wholesome girl” (early last year on a radio show with Damon Bruce).

Oh yeah, Klay also splashed some threes and played to the crowd as he usually does (“Shows about to begin” 😂). One last comment: Rubrik’s scarce posts of Klay (on Twitter only) show that they totally under-marketed him. Meanwhile niche accounts like this one are jumping on little moments that occurred during Klay’s visit and Rubrik only posts one video of Thompson signing autographs 🤦🏻‍♂️