What Will The Oilers Defensive Depth Chart Look Like? 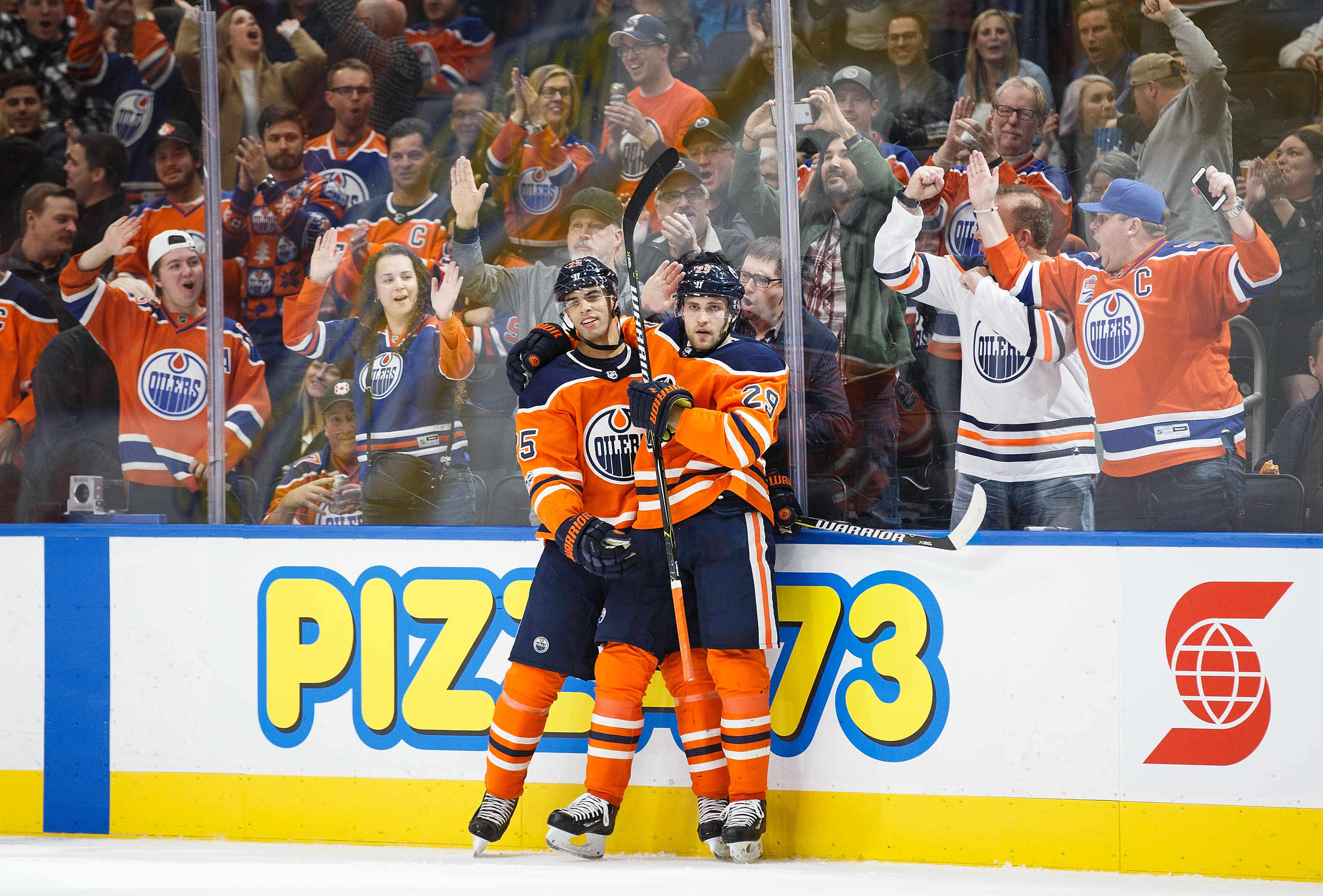 What Will The Oilers Defensive Depth Chart Look Like?

All summer long, the debate has raged on surrounding the forward depth chart of the Edmonton Oilers. Far too often, those discussing the club have overlooked the defensive depth chart. Gone is veteran Andrej Sekera, who was bought out in June. Alex Petrovic, who is off to Boston on a PTO, is also out of the picture at this point.

Most just assume that Oscar Klefbom and Adam Larsson, the club’s top pairing each of the last three seasons, will be back together. That would leave Darnell Nurse, likely with veteran Kris Russell, on the second pair. According to associate coach Jim Playfair, however, that setup won’t be what the Oilers roll with in camp.

Speaking to Bob Stauffer of 630 CHED’s Oilers Now, Playfair talked about the possibility of playing Nurse and Larsson together on a shutdown pairing. That would leave Klefbom to anchor the club’s second pair.

#Oilers associate coach Jim Playfair saying he wants to use Nurse and Larsson as a shutdown pair this season.

“It’d be nice to get Kris (Russell) back on the left side. It’d be nice to have the left-right pairing. Ideally, that’s what you want. If Darnell (Nurse) and (Adam) Larsson end up together as a shutdown pairing, I think that’s something we’re going to look at early to see if that works.”

If Nurse and Larsson are slated to play together, it opens up a very interesting competition to play alongside Klefbom. The job could go to Matt Benning, the lone established NHL’er in the group vying for the job. It could also go to Evan Bouchard, who looked comfortable in stints in both the NHL and AHL a season ago.

Joel Persson, who came out of nowhere to post two solid SHL seasons in a row, is a wild card who could come to Edmonton and bring speed, puck moving ability and powerplay prowess to the table. It’s up for debate whether or not he can handle a top-four role in the NHL, however. Heck, he might not even be capable of playing in this league. He’s a complete wild card.

Ethan Bear, who seemingly took a step back due to injury a season ago, and Caleb Jones are also in the mix. Although he is a natural left-shot, Jones has the ability to play on the right side, something he did while with AHL Bakersfield.

None of the above options are perfect. To me, Bouchard and Jones have the highest ceilings. The problem is, neither is close to fully developed and there will be serious growing pains. Bouchard is a lock to be a top-four defender during his career, while I believe Jones has a strong chance to be the same. They just aren’t there yet.

Putting Nurse and Larsson together presents problems as well. There is no clear puck mover on this pairing, which could stifle offensive potential. Yes, both players are physical and Larsson has a proven ability to shutdown the opposition. Neither is particularly well-rounded, however.

Both Nurse and Larsson struggle with making a first pass. Nurse can transport the puck up ice, but he is prone to turnovers and overthinking. Larsson is extremely limited with his offensive ability as a whole.

Ideally, you want a player who can move the puck with Larsson and with Nurse. That’s why I’d keep the Klefbom-Larsson duo together and work one of Persson, Bouchard, Jones or Bear with Nurse.

Training camp will be very interesting for this Edmonton team. If Nurse and Larsson are to play together, Klefbom is to anchor the second unit and Russell is to return to the left side on the third pair, three jobs will be open.

If I were a betting man, I’d have my money on Benning, Persson and Jones winning those three spots. It never seems to work out that way, however.