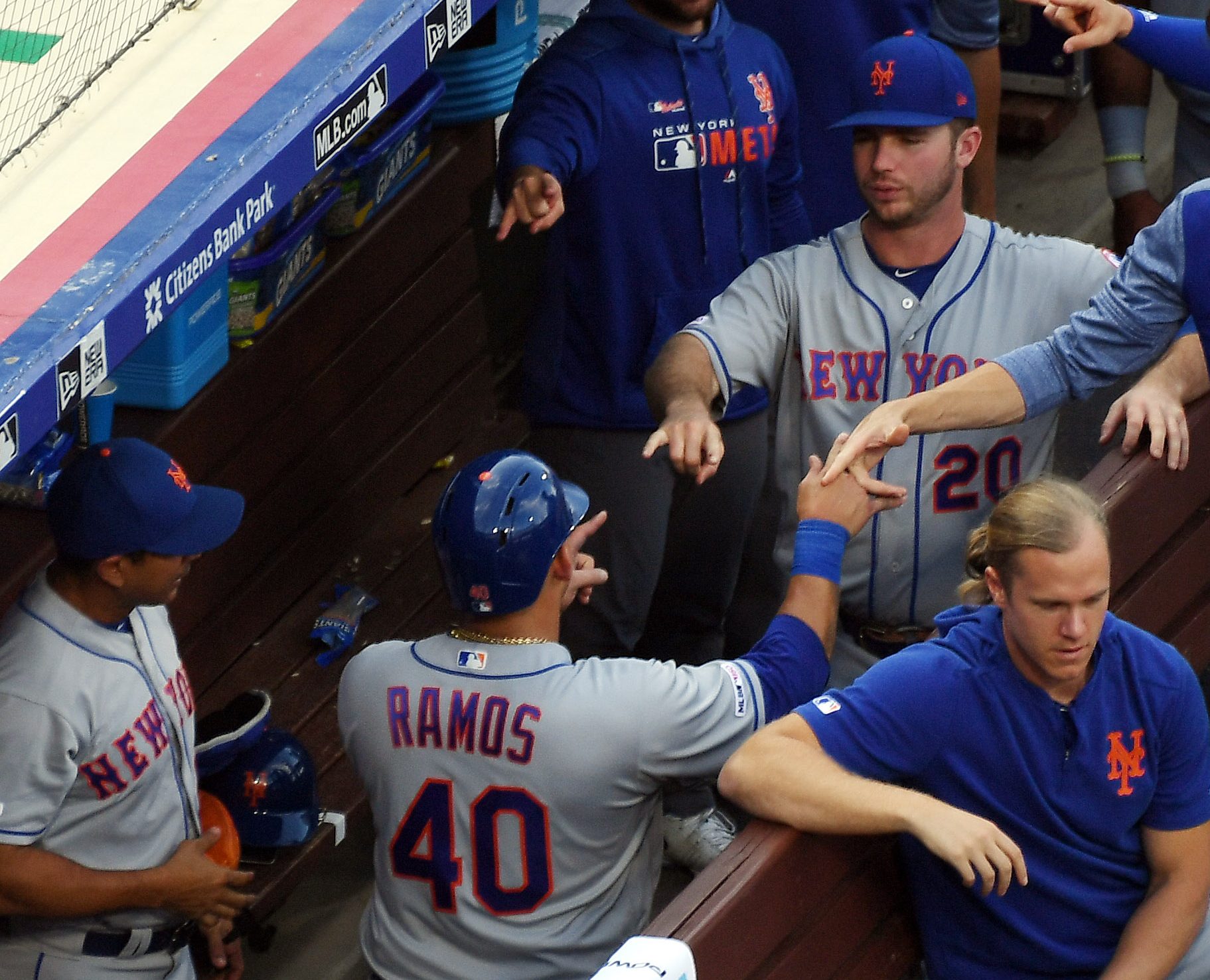 They’re pulling us back in.

The cure for what ailed the Mets has long been Citizens Bank Park, having gone 45-22 there from 2012-18 … with three of those losses coming at the very end of the 2015 season when the Mets had everything possible clinched. But this season they were 1-6 there going into this series with Steven Matz getting crunched twice, and the Mets bullpen giving up three straight late inning leads of two or more runs to round out the last series. So heading there this year after a super demoralizing* series sweep by the Cubs might have brought the grim reaper into the building to perform last rites.

(*At least it demoralized me. And by the way, those three losses to the Cubs came after this article was published.)

But the Mets are taking advantage of a Phillies pitching staff that has been beset with ineptitude and injury. Jason Vargas has been okay for them as a serviceable back end pitcher, but certainly not the biggest difference maker in the world. His downfall on Saturday, ironically enough, might have been his loyalty. He was one of the pitchers who didn’t mind pitching to Wilson Ramos when deGrom was drawing Tomas Nido in certain starts while Noah Syndergaard openly opined for Nido. Vargas gave Ramos most of his starts, with only four or five being assigned to Nido (while one went to some guy named d’Arnaud who I don’t even remember.) Ramos also had Vargas’ last five starts as a Met so nobody knows Vargas the way Wilson Ramos does.

Ramos had three of his four hits against Vargas (who was knocked out in the fifth), and all of them led to early runs directly or indirectly. (He now has a 24 game hitting streak and is hitting .299 this season.) Ramos’ RBI in the first, Michael Conforto’s RBI in the third, and two RBI each to Todd Frazier and Joe Panik helped the Mets to a 6-3 win which also saw Steven Matz put some demons to rest in Citizens Bank Park with a solid five inning outing, the bullpen held the fort the rest of the way, and Handsome Art Howe even got away with having Luis Avilan face righties and Justin Wilson face lefties (he’s a crossover/reverse split guy.) Citizens Bank Park has, at least for now, returned to being a Mets oasis of sorts.

The Mets even got some help, as the Brewers toasted the Cubs to put the Mets four games back of the Wild Card road game. Hopefully Leo Durocher will continue to play Santo, Banks, Williams and Hundley every day.

Yeah, they’re going to suck us back in. Just accept it. And give them your playoff money.