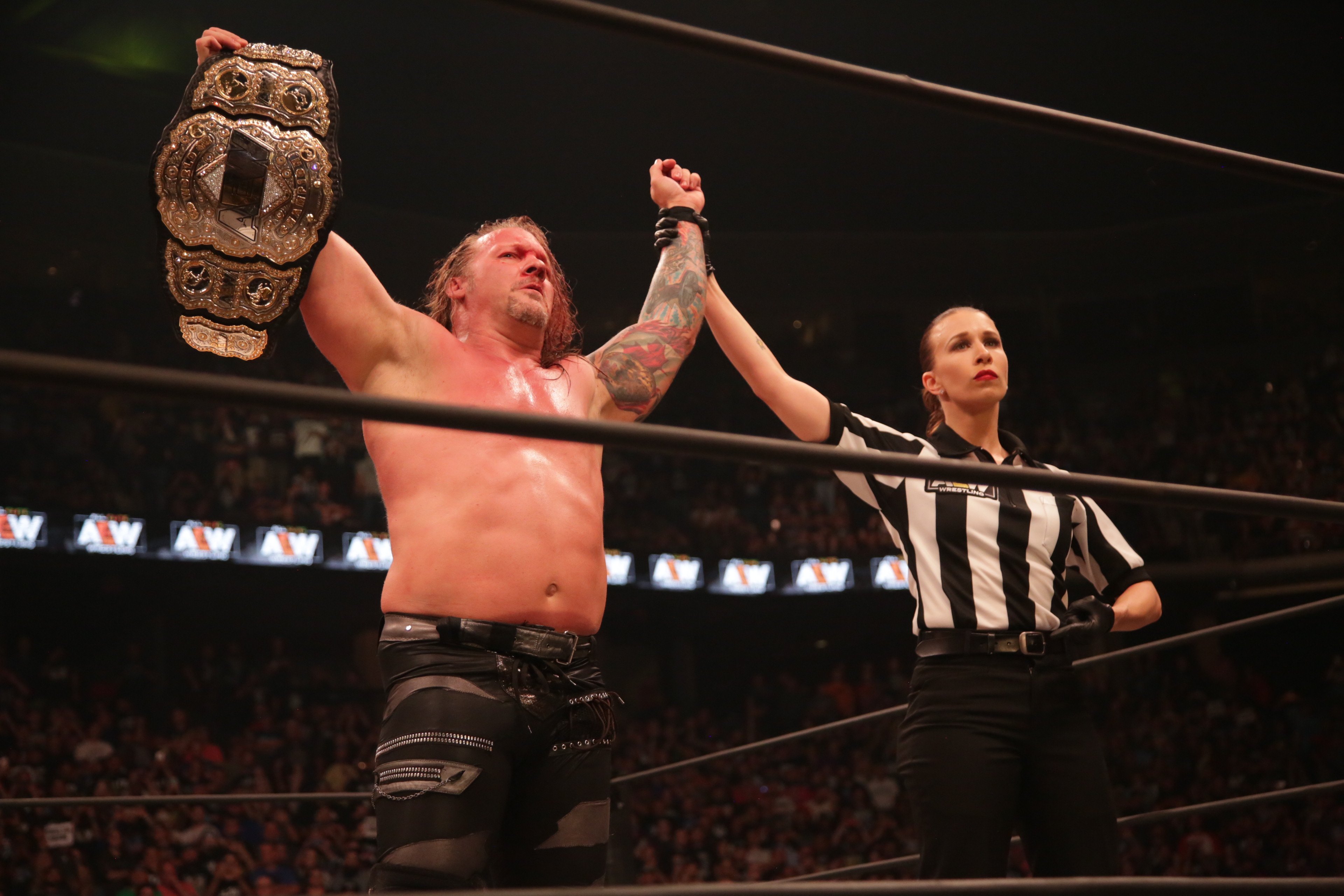 Chris Jericho is now a seven-time world champion. The former WWE Superstar became the first ever AEW World champion at All Out on Saturday, August 31. Jericho defeated Hangman Adam Page in the main event after nailing Page with the Judas Effect.

Jericho’s win came after a hard fought match that saw Hangman take the majority of the offense. Page seemed to be on his way to victory, especially after hitting Jericho with an elbow that opened the veteran up. Jericho bled quite a bit from that point on, but he was able to continue and eventually won the match.

This may have come as a surprise to some AEW fans, who believed that Page was being groomed for the company’s top spot. While that indeed may be the case, he already seems to have moved on as he had a backstage confrontation with PAC following the main event.

Chris Jericho will now move forward to television, when AEW debuts on the TNT Network in October. The show will air live for two hours every Wednesday night and has already been counter programmed by WWE, as Vince McMahon’s company is moving NXT to the same times lot on the USA Network.