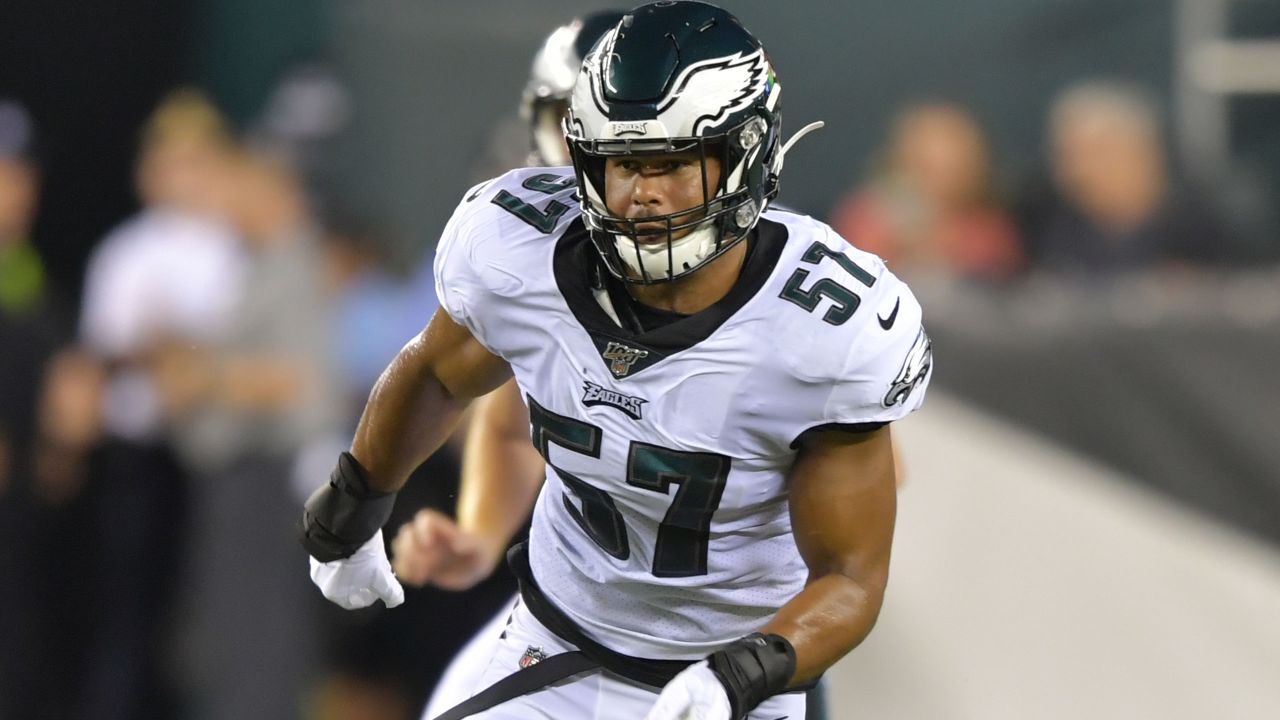 Shed no tears for the newly departed Eagles— some will be back on team-friendlier deals (a la Scandrick), some will be brought back by necessity as the season wears down, some will find new teams in the league. A few we will never hear of again, this is true— but all got paid decently enough to spend a spring and summer with the Philadelphia Eagles. That’s something any amateur athlete among us would love to be able to say.

The Eagles announced the following 12 roster moves on Saturday to get to the 53-player limit:

The work is not over for the Eagles. Vested veterans who were released can sign with new teams as free agents. Teams can place claims on players who were waived until Sunday at noon. After those players are awarded to their new teams at 1 p.m. on Sunday, 10-player practice squads can be established.

Earlier the Eagles announced the following 25 roster moves (on Friday):

For just a moment in time in September, here is your Eagles depth chart:

Thanks to Don Pardo for observing Alshon Jeffery was missing on that depth chart above. I added his name, also wondering if that was a Freudian slip by the Eagles PR staff in omitting his name in the first place. Were they thinking trade?

Anyway, here is the first edition of PS10 signings:

The Eagles announced that they have agreed to terms with nine players for the practice squad.

TE Alex Ellis: Signed by the Eagles during Training Camp, the Delmar, Delaware native had three catches for 28 yards and a touchdown in the preseason. Ellis has regular-season experience with the Jacksonville Jaguars and Kansas City Chiefs.

WR Marcus Green: A sixth-round pick of the Falcons out of Louisiana-Monroe in 2019, the 5-8, 190-pound Green was one of the nation’s top all-purpose players in college. He had 3,190 yards from scrimmage and 24 touchdowns during his college career. He also has experience as a returner.

DT Bruce Hector: A rookie free agent signing of the Eagles in 2018, Hector played in eight games last season. He was traded to Arizona during the preseason, but was waived during the cut down to 53 players.

QB Kyle Lauletta: A fourth-round pick of the Giants in 2018 out of Richmond, Lauletta was 37-of-62 for 453 yards with four touchdowns and no interceptions in the preseason for New York. He had a game-winning touchdown against the Patriots. Lauletta is a native of Downingtown, Pennsylvania and attended Downingtown East High School.

G Sua Opeta: A rookie free agent out of Weber State in 2019, Opeta started his college career at defensive tackle before moving to the offensive line in 2016. He was named an FCS All-American in each of the past two seasons, starting 27 total games over that time frame at left tackle.

RB Boston Scott: Signed to the Eagles’ active roster late in 2018, Scott served as the primary kickoff returner in the postseason. He gained 40 yards rushing on 10 carries and scored a touchdown in the preseason. He was a sixth-round pick of the Saints in 2018 before landing on their practice squad.

LB Alex Singleton: Before signing a reserve/futures contract with the Eagles this past January, Singleton was one of the stars of the Canadian Football League. In three seasons up north, Singleton won a Grey Cup, was named the CFL’s Defensive Player of the Year, and twice earned all-star honors with the Calgary Stampeders.

WR Greg Ward: In his third preseason with the squad, Ward had six catches for 87 yards and a touchdown. The former University of Houston quarterback received praise from Howie Roseman on Saturday evening for his performance in Training Camp and the preseason. Ward was on the Eagles’ practice squad for all of 2017 and the beginning of 2018.