Your Morning Dump... Where Kemba and Tatum led Team USA over Czechs 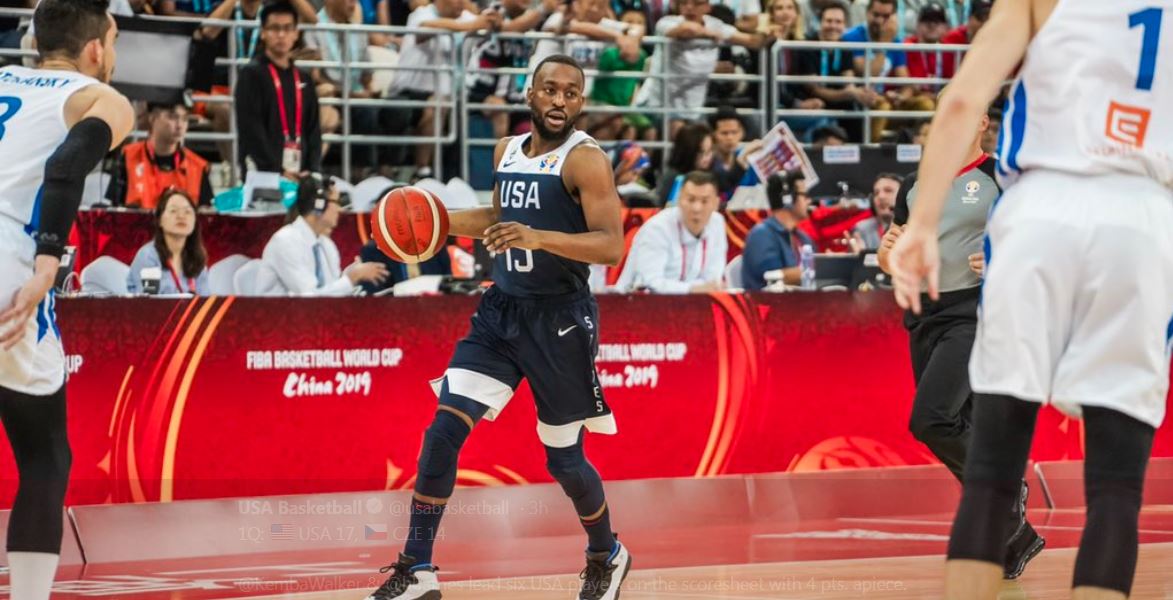 Your Morning Dump... Where Kemba and Tatum led Team USA over Czechs

Kemba Walker and Jayson Tatum are probably going to win a lot of games with the Boston Celtics over the next few years. Sunday they combined to play important roles in their first consequential win together as Team USA opened the FIBA World Cup with an 88-67 victory over the Czech Republic.

Tatum and Walker combined for 20 points in the first half as the U.S. got some separation after a bit of a sluggish start. The Americans played only five exhibition games — some of their competition in the tournament played more than 10 — and had revolving lineups and personnel, which made the start of pool play a bit of a soft open for this roster.

Walker (13 points) held his own, poking the ball away several times and not being afraid to foul when he lost leverage. At the other end, his quickness busted the overmatched Czech perimeter repeatedly. His stop-and-go actions and quick side-to-side moves drew “ohs” and “ahs” from the capacity crowd at the Oriental Sports Center.

I can’t recall a better Sunday morning. Waking after a restful sleep, crisp weather, nailing my ESPN + password on the first guess, casting a near-flawless live stream through my TV, and Jayson Tatum bullying the Czech Republic.

Tatum looks bigger, stronger and… better. I know I’m biased, but I have a feeling this kid is going to have an incredible season.

Tatum swat and then bullies his way to the basket. pic.twitter.com/VjZp2nDKS3

Team USA probably should have won this game by 35 points, but the outcome was never in doubt.

Globe – Celtics Edwards got here thanks to a team effort