A Return To Marvelous 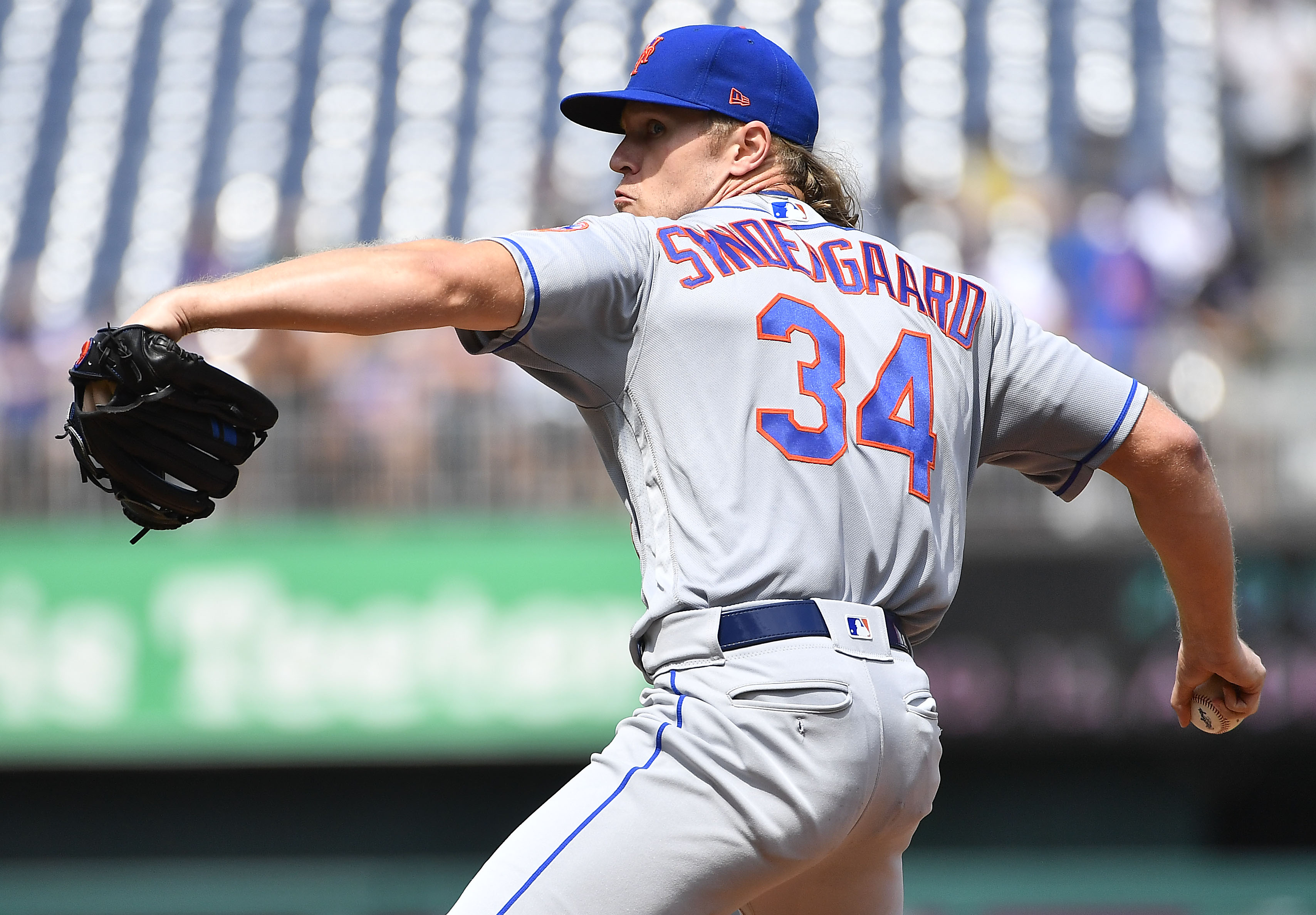 A Return To Marvelous

As surprising as it may be to see your favorite pitcher give up 10 runs in three innings, the beauty of baseball is that your fortunes can turn on a dime. It’s also the frustration of baseball, as we just expect all of our heroes to be sublime at all times. When they’re not, we reason that it has more to do with some sort of “big game ability” or some other sort of mental predisposition that certifics us as licensed psychoanalyst. (Although I think all that you really need to be a licensed psychoanalyst is a Twitter account.)

Noah Syndergaard put the Cubs start behind him and chalked that up to just an ill-timed bad day at the office with his start on Labor Day against the Nationals. And it’s always nice when Syndergaard has a good day at Nationals Park. As much as you might think he has his last start in the back of his mind, I would think that he would have April 30th, 2017 in the back of his mind every time he takes that particular mound. But if that is indeed the case, he shrugged that off nicely with seven shutout innings (with three hits and ten strikeouts) which led the Mets to a 7-0 victory … a smooth tonic for Syndergaard after Wednesday, and a smoother tonic for the Mets after last night.

Hitting a pitcher that they’re supposed to hit was nice too. Joe Panik and Rene Rivera of the Raging Riveras drove in runs in the first inning off Joe Ross, and Jeff McNeil busted it open (and busted out of his hitless streak) with a two run home run in the fourth. That was followed by doubles by J.D. Davis (3-for-5) and Brandon Nimmo (welcome back, Brandon) to put the game out of reach. It was a game that made having to listen to Baby Shark multiple times easier to take. Not even a three run home run by Asdrubal “I’m Not Bitter” Cabrera could rob the Mets of this win.

This was the road trip that the Mets needed to do some damage on … and after the sweep by the Cubs they need to do better than split the six games. Today gave them their split. But the standings dictate that it’s time to get greedy. Because as much as you can say “oh, well the Mets can get hot again and you’re a hater!”, the Mets can and probably will get as hot as they want. But if the Cubs keep beating the likes of the Seattle Mariners, there’s not a hell of a lot the Mets can do. At least today they did their part.

Health and Fitness 51m ago