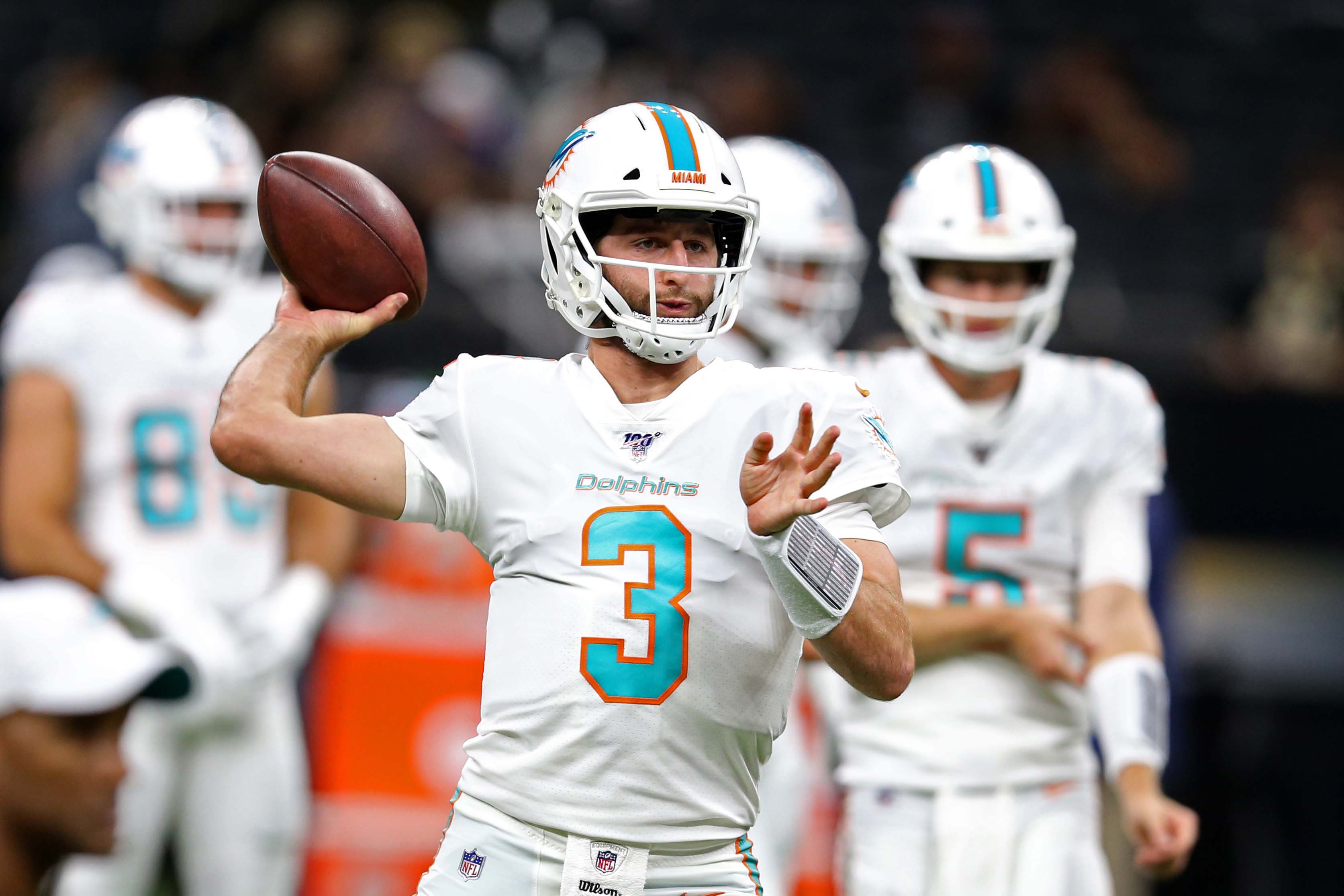 Dolphins quarterback Josh Rosen is a promising young quarterback with a strong arm and solid mechanics, but even he is no match for “Fitzmagic,” at least not at this point in his career.

The Dolphins elected to start Ryan Fitzpatrick over Josh Rosen in their Week 1 opener, which was a bit of a surprise, as it was presumed the Miami would see what they had in the young signal-caller, who they traded for, especially given that he may be on a trial basis for their 2019 campaign, before they decide to potentially draft a quarterback next season.

Rosen, however, is keeping his head up and setting his sights on hopefully winning the starting job down the road, which he recently told CBS Sports.

“I think I’ve just got to play football like I know how to play football,” Rosen said. “In our discussion when (Coach Flores) told me ‘Fitz’ (Fitzpatrick) was going to get the job, he told me that I’ve made a lot of really good, steady upward progress. I think it’s only time that this team is mine, but until then I’m going to be as supportive a backup as I can, and like I said, push him every single day.”

“I think I’m in a pretty good spot. It’s not the spot I’d prefer to be in at the moment, but it doesn’t change my progression as a quarterback,” Rosen said. “That’s why I’m really focusing on what I can do day-to-day. In terms of my progression as a quarterback, I think I’m substantially better a quarterback now than I was three weeks ago and a way better quarterback than I was a year ago. On this progression, I think the future is pretty bright. I’m excited. I wouldn’t say it’s a setback, but the temporary – it’s not even a hurdle to cross over; it’s part of the journey.”