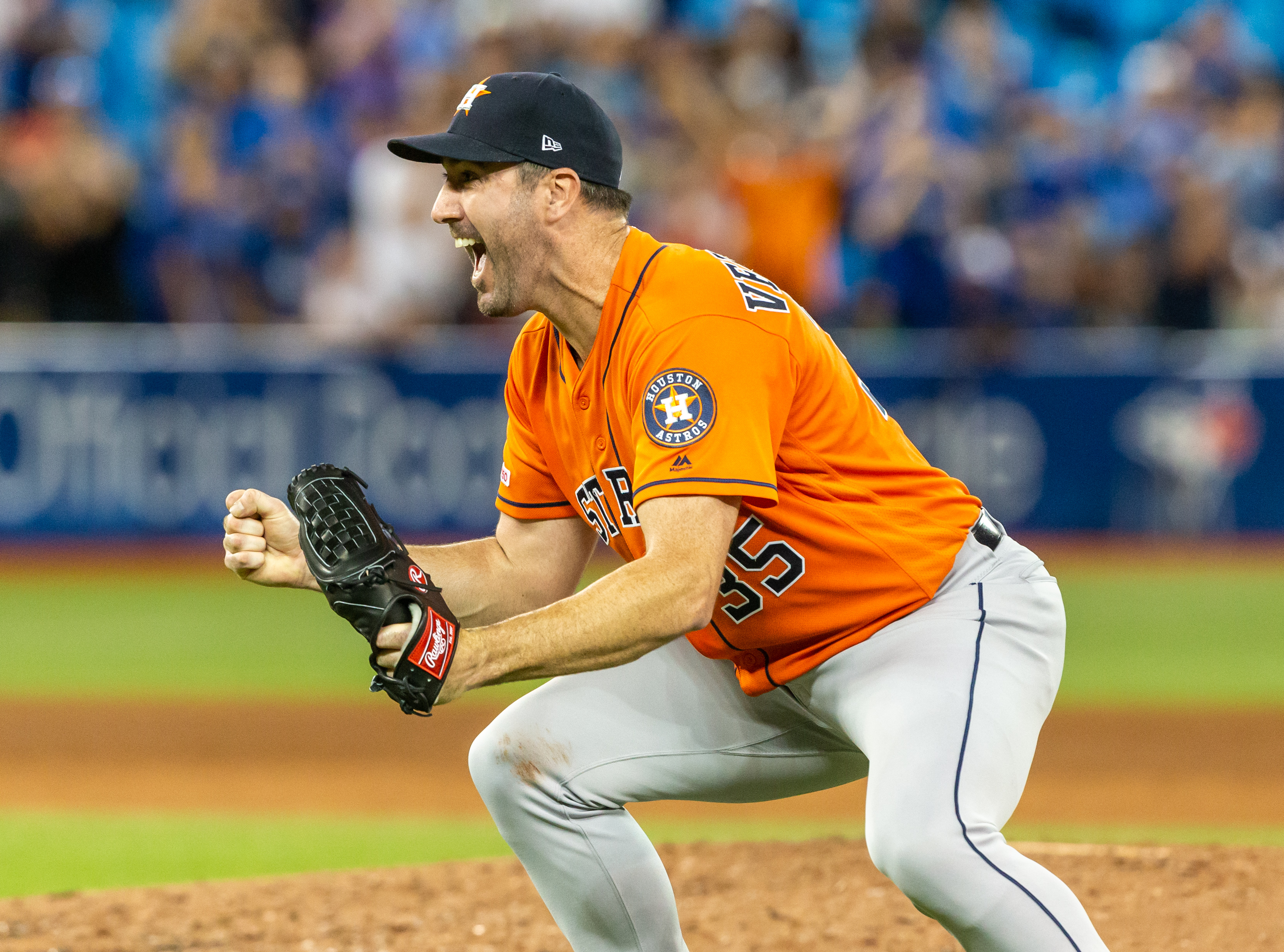 Verlander is tied for third with three other pitchers with three no-hitters. The other three are Cleveland Indians pitcher Bob Feller of Van Meter, IA, Cy Young of Gilmore, OH and Chicago Cubs pitcher Larry Corcoran of Brooklyn, NY. Young’s first no-hitter was with the Cleveland Spiders, and his next two no-hitters were with Boston-based teams. He had a perfect game in a 3-0 Boston Americans win over the Philadelphia Athletics on May 5, 1904 and then another no-hitter with the Boston Red Sox in 1908.

In the Astros win over the Blue Jays on Sunday, Verlander had 120 pitches, of which 79 were strikes. He had 14 strikeouts and one walk. The only Blue Jays player to get on base was Cavan Biggio of Houston, TX, who walked in the first inning,

Ironically, the only Blue Jays base runner was from Houston and the only Astros player to generate their offense in the game was Canadian. Astros third baseman Abraham Toro of Longueuil, Quebec hit a two-run home run in the ninth inning.

The Astros are currently at 89 wins and 49 losses. They have a 10 game lead over the Oakland Athletics in the American League West.