Serena Williams advances at US Open despite ankle injury 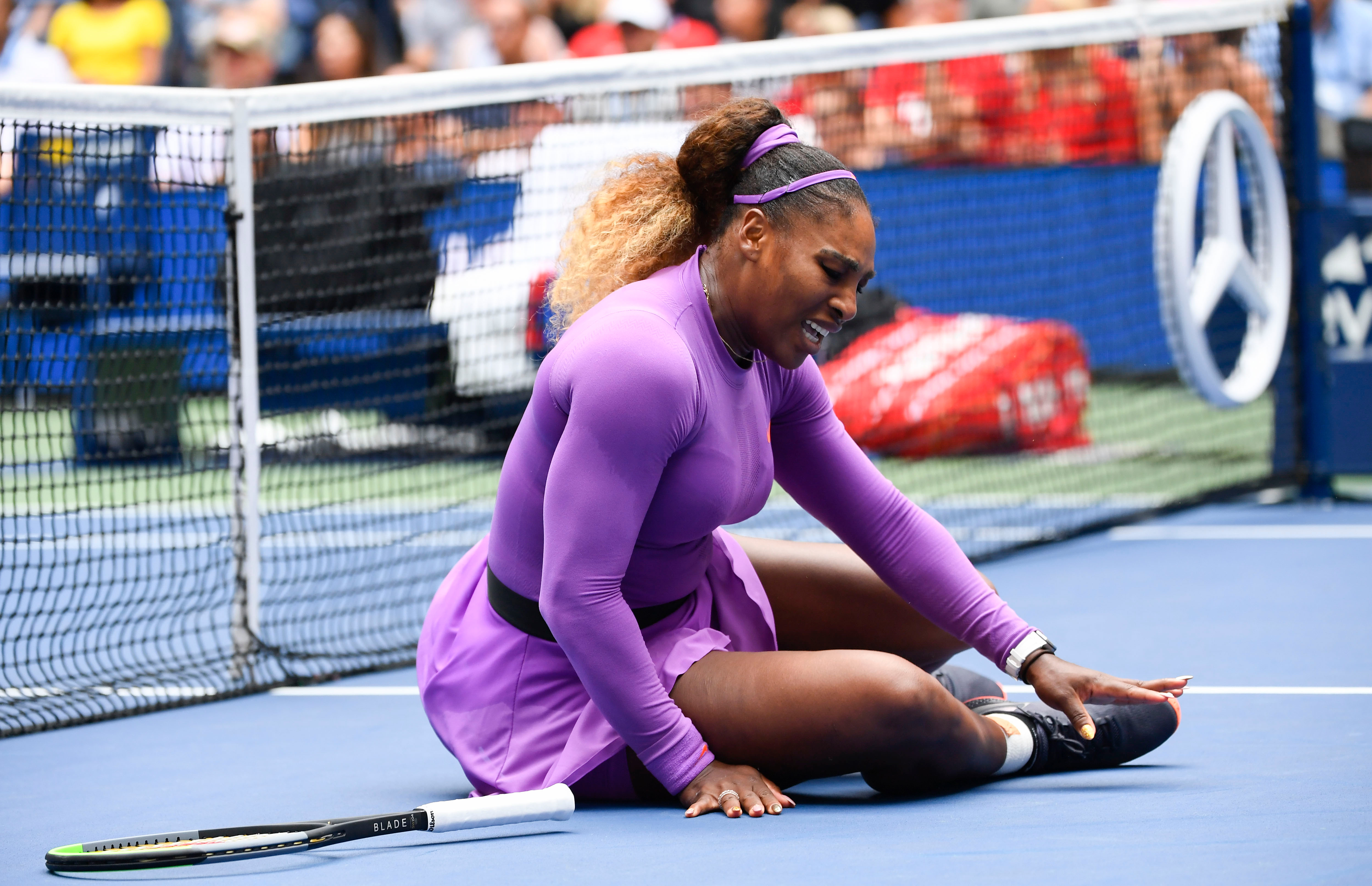 Serena Williams advances at US Open despite ankle injury

Serena Williams of Saginaw, MI is in the quarterfinals of the 2019 United States Open despite an ankle injury. Williams injured her ankle in the second set in her 6-3, 6-4 win over Petra Martic of Croatia in the fourth round on Sunday.

Williams suffered the injury as she ran to the net for an attempted volley. Her ankle rolled, but after getting some treatment was able to stay in the match and beat her opponent. It should be noted that according to the Express, Williams already had her ankle heavily strapped before she fell.

Martic, who is the 22nd ranked player of the world, was unable to take advantage of Williams’ ailment and lost the set and match. The Croat was trying to beat a second seeded player at the 2019 United States Open as she already defeated 12th ranked Anastasija Sevastova of Latvia 6-4, 6-3 in the third round. Martic was also trying to qualify for her second quarterfinals of a major in 2019 as she reached the final eight of the French Open before losing to Marketa Vondrousova of the Czech Republic 7-6, 7-5.

Williams has now won six straight sets since losing the first set in the second round to Catherine McNally of Cincinnati, OH. She will next play Qiang Wang of China. Wang stunned world number two and French Open champion Ashleigh Barty of Australia 6-2, 6-4 in another fourth round matchup on Sunday. This will be the first career grand slam quarterfinal appearance for Wang, the 18th seed, after reaching the third round of the Australian Open and Wimbledon in 2019.

In other fourth round women’s action on Sunday, 16th ranked Johanna Konta of Great Britain beat third ranked Karolina Pliskova of the Czech Republic 6-7, 6-3, 7-5 and fifth ranked Elina Svitolina of the Ukraine beat 10th ranked Madison Keys of the United States 7-5, 6-4. The men’s fourth round winners on Sunday were Roger Federer of Switzerland, Grigor Dimitrov of Bulgaria, Stanislas Wawrinka of Switzerland and Danill Medvedev of Russia. Wawrinka upset world number one Novak Djokovic of Serbia after Djokovic had to pull out with a left shoulder injury early in the third set.