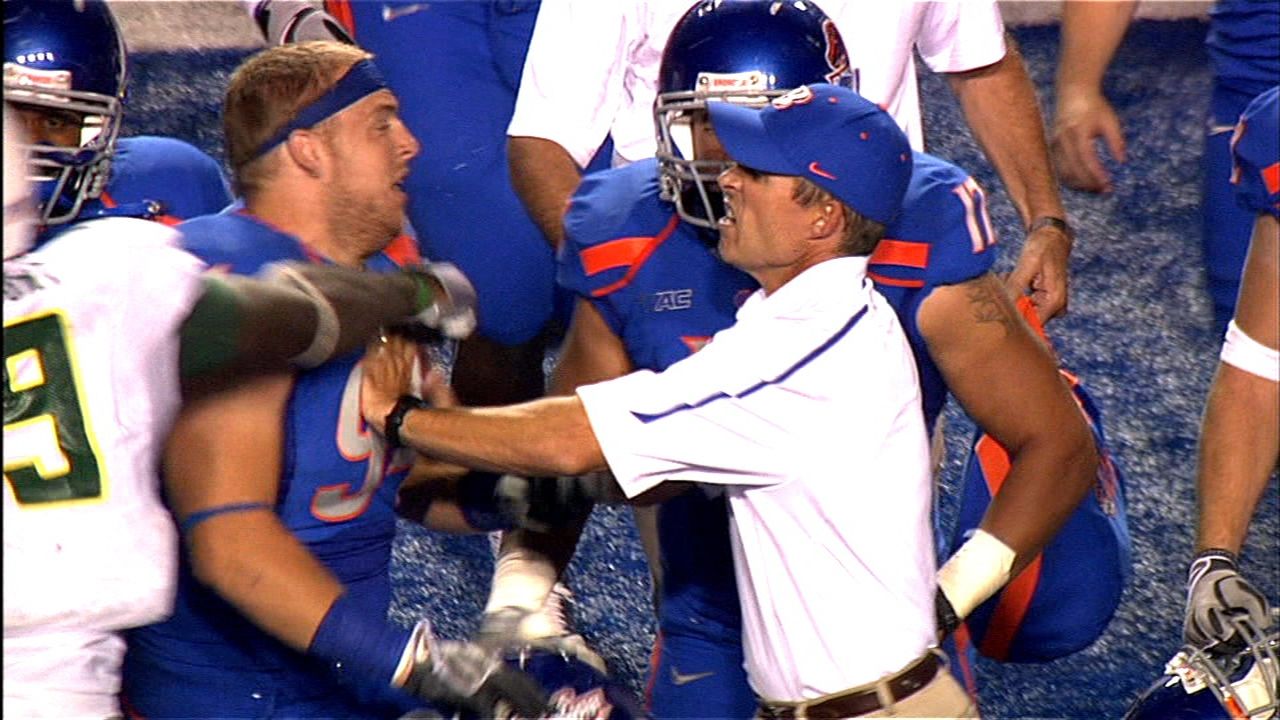 As a junior in 2008, Oregon running LeGarrette Blount would run for more than 1,000 yards, average 7.3 yards per carry and rush for a Pac-10-leading 17 touchdowns. Unfortunately for Blount, his college career would be defined by an incident that happened one game into his senior season and it happened on this day 10 years ago.

The No. 16 Ducks had kicked off the 2009 season on Sept. 3 at 18th-ranked Boise State. The Broncos had defeated Oregon the year prior in Eugene, 37-32, and tempers were high for much of the night.

Defense surprisingly dominated the evening and when all was said and done, the Broncos had emerged victorious, 19-8. Boise State had held Oregon to just 152 yards of offense and Blount to a negative-5 yards on eight carries. An outstanding defensive performance however, would be overshadowed by Blount’s post-game actions.

As the teams were walking off the field, Blount took exception to comments from Boise State defensive end Byron Hout. Blount wound up throwing a punch that knocked Hout to the blue turf and forced the running back to be restrained.

The incident, at the time, looked as though it would be the end of Blount’s college career, but his clear remorse and efforts to make amends would lead to him being reinstated by head coach Chip Kelly for the regular season finale. Blount would rush for 51 yards and a touchdown as the Ducks defeated arch-rival Oregon State in Eugene, 37-33 to clinch the Pac-10 title and a trip to the Rose Bowl.

As for the opener, Kellen Moore would pass for 197 yards and a touchdown for Boise State. D.J. Harper also rushed for a touchdown in the win. Quarterback Jeremiah Masoli rushed for the only Oregon touchdown. The Broncos would finish the season 14-0 and top TCU in the Fiesta Bowl to finish fourth in the final poll.

As for Blount, he would see to it that one mistake did not completely derail his football career. Blount has spent nine seasons in the NFL, rushed for more than 6,300 yards, scored 58 rushing touchdowns and played for three Super Bowl winners. The punch that nearly ended his college career took place on this date one decade ago.