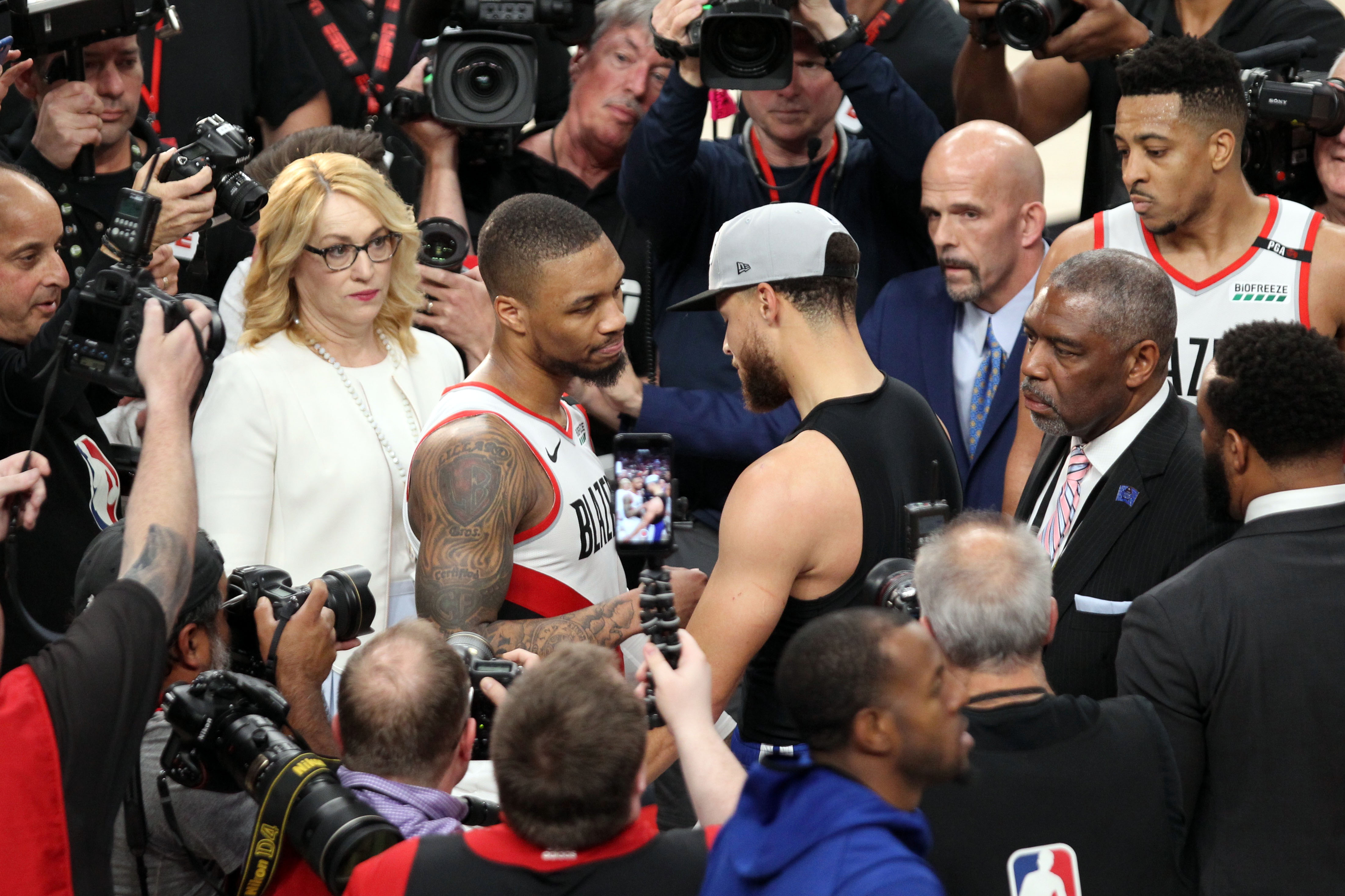 It’s becoming pretty clear that LeBron James’ body has begun breaking down, as he played in only 55 games last season, and he’s now 34 years old.

But it’s still uncertain if James can get his body right for the playoffs, and flip that switch in the postseason to become the dominant force he’s been in years past, which he’s shown the ability will do. Time will tell, and we may find that out this season.

NBA star Damian Lillard appears to believe he can still do it, that’s for sure. He recently appeared on the Joe Budden podcast, and he revealed that he still believes James is the best player in the NBA.

Damian Lillard believes LeBron "is the best player in the league" pic.twitter.com/1cN2Jci2Ia

Kawhi Leonard just led a team that couldn’t even get past the second round of the playoffs to a title, so our vote goes to him, especially since Kevin Durant is currently sidelined with a major Achilles injury.