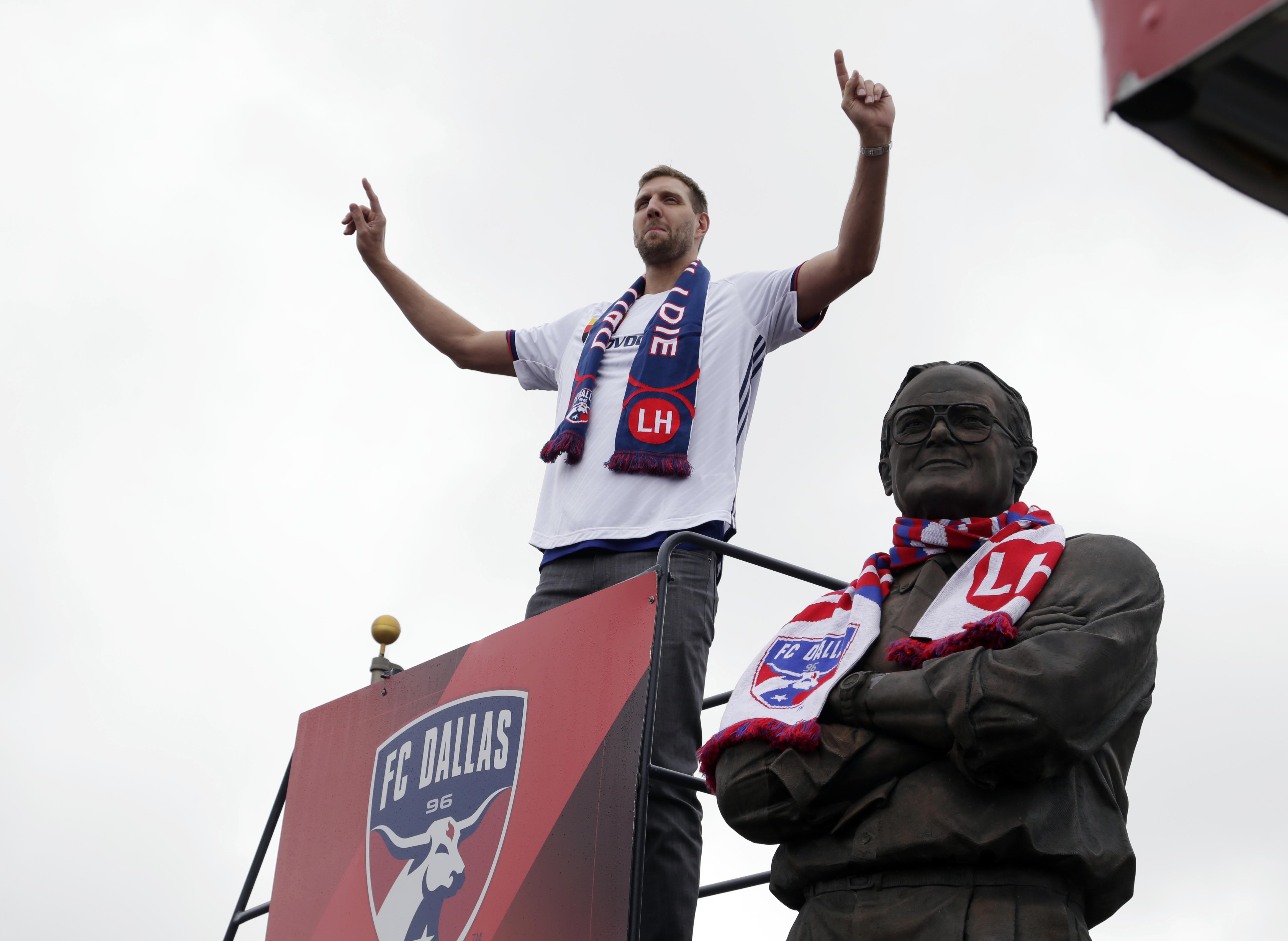 Former Mavericks big man Dirk Nowitzki knows a thing or two about drawing attention from the media, as he once beat LeBron James to win a title, and was named Finals MVP during that time as well.

But Dirk recently called it quits on his NBA career, and he’s beginning to start his foray out of the limelight, into the backdrop.

However, he was caught in Ezekiel Elliott’s media frenzy on Tuesday, as he happened to be flying into Dallas/Fort Worth International Airport at the same time as the Cowboys running back. He sent this hilarious tweet afterward, joking about the media circus being for him.

Came home from China to all these cameras at the airport. I thought to myself: “ Man. I still got it!!” Turns out they were all there for zeke….

Zeke thought the sequence of events was funny as well.

It’s great to see Dirk still has his sense of humor.