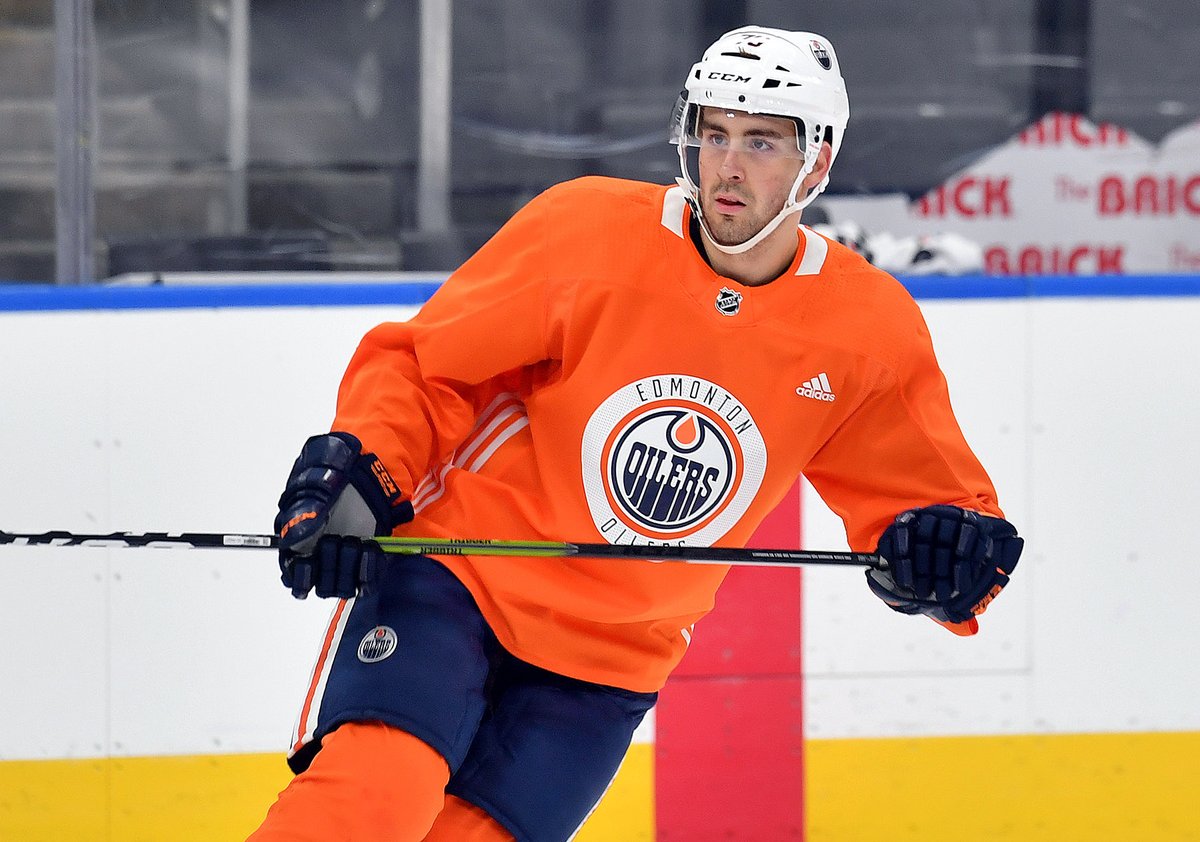 Welcome to the start of the 2019-20 season my friends. We are just two days away from the open of Edmonton Oilers rookie camp, which begins Thursday. The rookies will report to Rogers Place for medicals and fitness testing, then will play a pair of games against the rookies of the Calgary Flames.

Those contests take place on September 7th in Red Deer and on the 10th in Calgary. After that, the veterans will be in town and main camp will begin. That’s when the fun really starts.

Both rookie camp and main camp will be more interesting this fall than in years past. With a new GM and a new coach in town, everyone gets a clean slate. In addition to that, the Oilers have a number of roster holes and a number of young players and veterans who are vying for spots. We could see free agent additions, trades or even waiver claims still. Things are very much still up in the air.

The group that plays these two rookie games very likely will send a player or two to the NHL roster this season. Realistically, Edmonton won’t be a playoff team in the spring. That means eventually the goal will be to find long-term solutions to key problems. There are plenty of candidates from the 23 men who will attend rookie camp.

Here is a breakdown of the 23 players coming to rookie camp later this week.

Dylan Wells, Stuart Skinner, Olivier Rodrigue: Rodrigue will return to the QMJHL this season, while Wells and Skinner will battle it out for the backup job in AHL Bakersfield. Skinner and Wells both showed some promise with the Condors last season, and I thought Wells reestablished himself as a prospect in his first professional campaign. For Wells and Skinner, this is the opening battle for playing time in Bakersfield.

Evan Bouchard, Logan Day, Dmitri Samorukov, Vincent Desharnais, Ethan Cap, Jaxon Bellamy, Brendan De Jong: From this group, I think we could see Bouchard and Samorukov in the NHL at some point this season. Both are coming off of terrific OHL seasons and expectiations for both are skyhigh. It’s my belief that Bouchard has a real chance to make the club out of the gate.

Day impressed mightily on an AHL contract a season ago, and I wouldn’t rule out a look for him late in the season as well. He’s got the offensive chops to be a specialist, but must work on his defensive play.

Bellamy, De Jong and Cap received invites to this event, and it wouldn’t shock me if De Jong was at main camp and eventually signed to an AHL deal to start his professional career.

Tyler Benson, Cam Hebig, Steve Iacobellis, Liam Keeler, Raphael Lavoie, Kirill Maksimov, Cooper Marody, Ryan McLeod, Ostap Safin, Beau Starrett, Jakub Stukel, Nolan Vesey, Kailer Yamamoto: The focus will no doubt be on the big three of Benson, Marody and Yamamoto. My money is on all three starting the season in Bakersfield, but I’d imagine that all three get a look in the NHL at some point. The Oilers need cheap complementary forwards, and all three have a high skill level. They should dominate here.

I’d keep a close eye on graduating forwards Maksimov and McLeod. They will both turn pro with Bakersfield this fall and project to eventually fill NHL roles. They are the next wave after the big three, and Edmonton desperately needs to develop them into useful pieces.

Lavoie, the club’s second round selection this past June, is worth watching too. He’s a guy who can both fire the puck and score.

Stukel, Starrett and Iacobellis are all on AHL deals, while Keeler is an invite from the WHL’s Oil Kings.