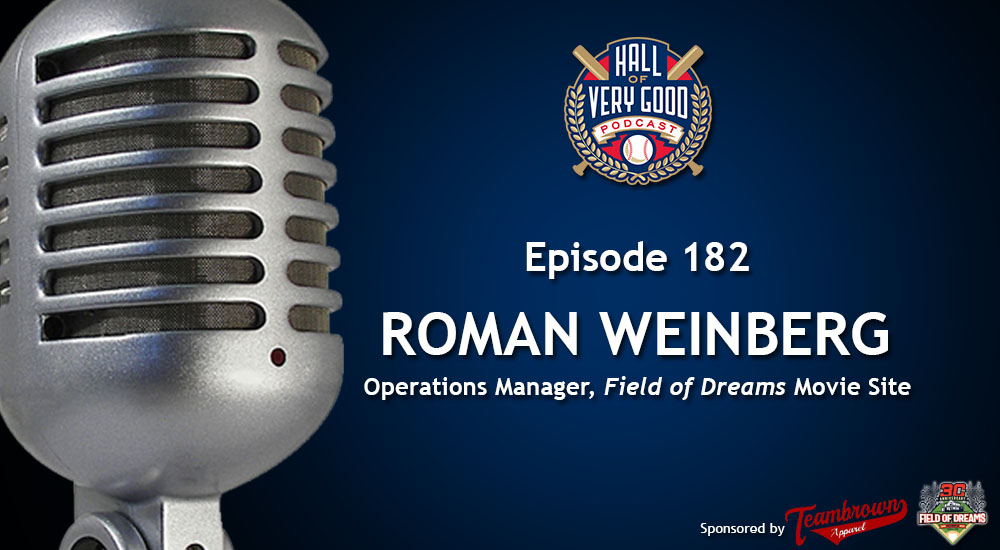 This week, Shawn Anderson and Lou Olsen are joined by Roman Weinberg.

Just in time to celebrate the 30th anniversary of the movie, the Operations Manager of the “Field of Dreams” Movie Site leads the boys on a tour of the iconic house from the film, explains the “how” and “why” the land situated on Lansing Road in Dyersville, Iowa was selected and, ultimately, how it became one of the baseball world’s top tourist destinations.

Oh, Roman also tells Shawn and Lou how a random tourist from New York (kinda) led to a $3.4 million payday for the farm’s original owner!

The Field of Dreams film set was abandoned after production ended

Fighting Over the Field of Dreams

30 years later, they still come to Iowa’s Field of Dreams

Big thanks to the @HOVG for coming out today for the Team Of Dreams!

This week’s podcast was brought to you by Teambrown Apparel and The Field of Dreams Movie Site.