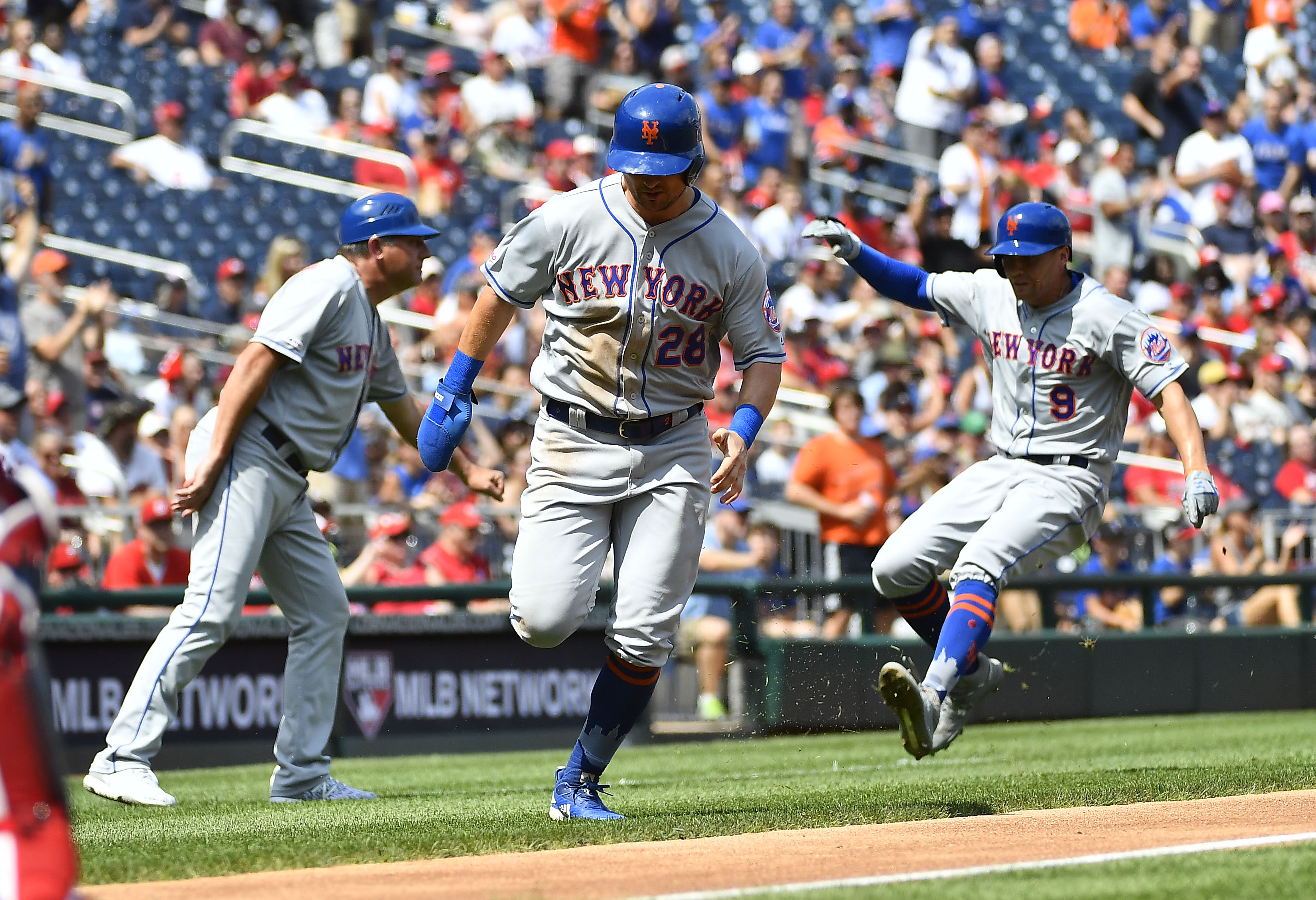 Well I don’t know how the Mets are going to follow that, but they’ll try … at Nationals Park for a 1:05 Wednesday start.

To enjoy this businessman’s special on the radio, tune into WCBS 880 or ESPN 1050 Deportes. If you’re in Washington, you can find this game on 106.7 The Fan.

For your television coverage, you can flip on SNY. One problem though: You’re going to find a block of “Oh Yeah” and Broadway Boxing, because this game isn’t on television. Instead, you can find the game at the same place you find videos of people watching Van Halen for the first time, Heavy Metal versions of Baby Shark, and “Bad Photoshops: Minecraft Edition“.

That’s right, the game is on YouTube. Scott Braun, FP Santangelo, and Al Leiter will be on the call. After last night, you should probably be thankful there’s no television for this game.

Anibal Sanchez goes for the Nationals today, and his last start against the Mets was in a 7-4 victory at Citi Field on August 11th. He gave up three runs in five innings and didn’t factor in the decision. Sanchez pitched pretty much to his career ERA in August, but the Nationals were 4-1 in Sanchez’s August starts.

Sure, NOW Davis and Rosario play.

And for the Nationals:

The Washington Nationals have been the best team in baseball since May 24.#STAYINTHEFIGHT // #OnePursuit pic.twitter.com/gGpRUj4s4B