Breaking Down Six Keys for the Packers in Chicago 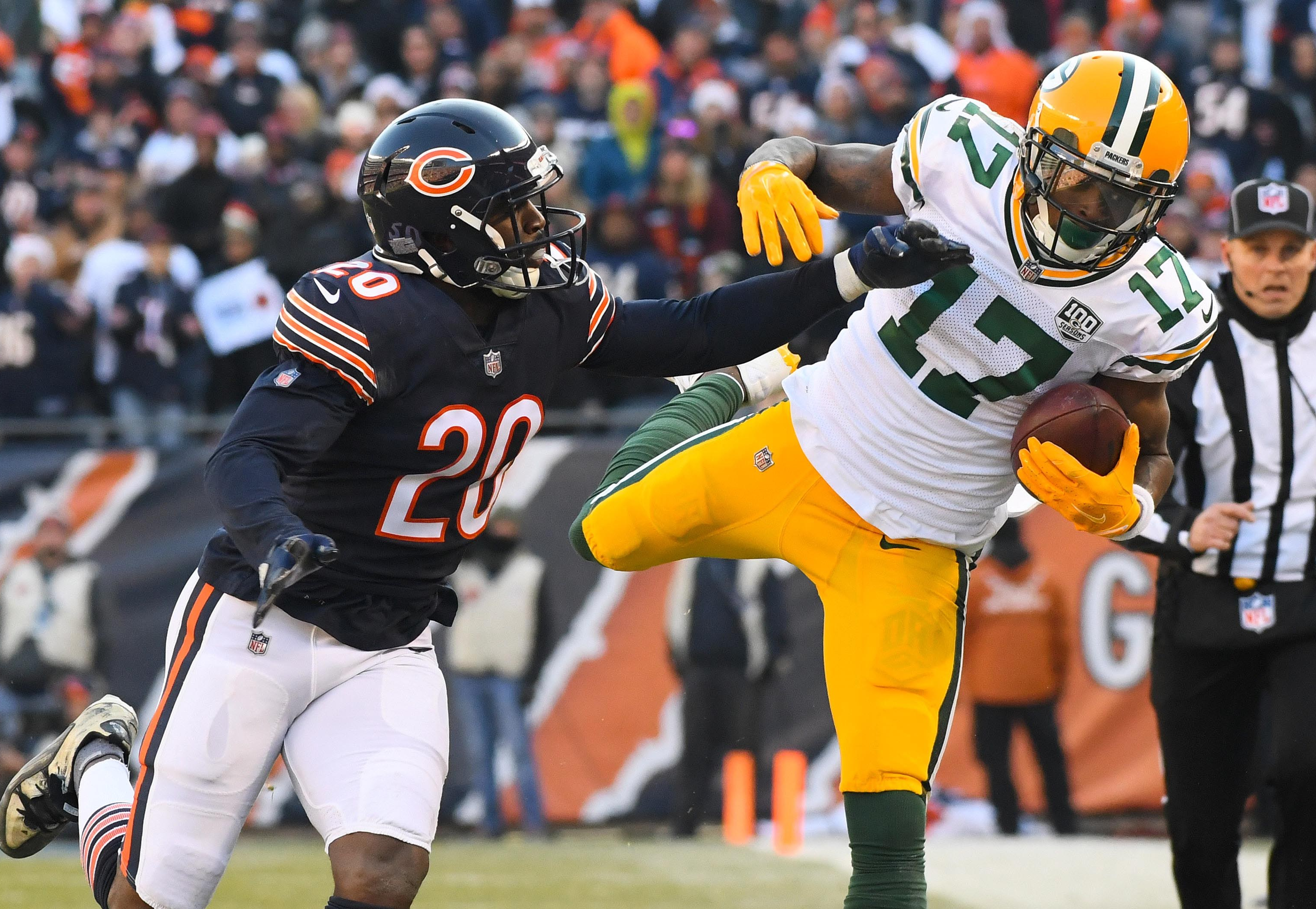 Breaking Down Six Keys for the Packers in Chicago

The Packers will start the 2019 season and the Matt LaFleur era on Thursday night then they head to Solider Field in Chicago to take on the Bears. The game will kick off the NFL’s 100th season with a matchup between the league’s oldest and most bitter rivals. The Packers were 2-2 in the preseason while the Bears finished the preseason 1-3.

The teams split last season’s series with the Packers coming from behind to defeat the Bears 24-23 in Week 1 at Lambeau Field while Chicago defeated Green Bay 24-17 in the Windy City in Week 15. The Packers lead the overall series 97-95-6.

Here is a look at the key matchups and situations that will determine who wins the 2019 season opener on Thursday:

1. Force Mitch Trubisky to Win by Throwing the Football

The Bears will try to run the football. While Mike Pettine’s defense emphasizes stopping the pass, the Packers must limit the effectiveness of Chicago’s running game and force Mitch Trubisky to throw a lot in third-and-long situations. That means bottling up Tarik Cohen and David Montgomery and forcing the Bears into obvious passing situations. Once Trubisky is in the pocket, the Packers must make him beat them with his arm and not with his legs. Trubisky has talent, but he is not a great quarterback yet. One of his biggest assets as a quarterback is his ability to scramble and pick up key first downs. The Packers must not let him run for more than one or two first downs in this game.

The Bears front seven is the strength of their defense and one of the league’s best. They have elite pass rushers like Khalil Mack, Leonard Floyd and Akiem Hicks. The Packers offensive line is healthy, but they haven’t gotten many reps together in the preseason. Can David Bakhtiari and Bryan Bulaga secure the edge against Mack who will almost certainly be moved around to take advantage of matchups. The Bears secondary is vulnerable if Rodgers has time to throw the ball. If the Pack allows five or more sacks, the odds of winning are reduced significantly. If Rodgers has time, he can take advantage of some matchups in the secondary.

Matt LaFleur’s offense emphasizes the run more than Mike McCarthy’s did and uses the run to set up the passing game. The Bears are a tough team to run against, so Aaron Jones and company will have their work cut out for them. It will also be our first look at the role of FB Danny Vitale in the new offense. Chicago’s inside linebackers, Roquan Smith and Danny Trevathan strong run defenders but the Packers must find a way to be efficient running the football. This will help keep the pass rush as bay and allow Green Bay’s new offense to work at a high efficiency level.

The Bears kicking problems have been well documented and their quest for a new kicker was a major story throughout training camp. Mason Crosby should give the Packers an edge in the field goal department. The return game is another area. The Packers have struggled covering kicks and punts and returning them and need to improve in this area. Cordarrelle Patterson is a dangerous return man and the Packers need to keep him from making a difference in this game. This game should be a close one and winning the field position battle or getting one big play on special teams could be the difference in this game.

5. Get Davante Adams in Favorable Matchups

The Bears defense is vulnerable in the secondary. Davante Adams, the Packers outstanding receiver, should be able to take advantage of this if Rodgers has time to throw. The Bears have changed defensive coordinators and will play a different system than they did a season ago. Former Packers safety Ha Ha Clinton-Dix is a gambler and Rodgers and Adams should be able to take advantage of him. Adams would also have a favorable matchup against either Kyle Fuller or Prince Amukamara. LaFleur’s offense is all about matchups. If the Green Bay offense is going to be successful, they will need to get Adams open on some big plays at key times.

6. Slow Down the Receiving of Tarik Cohen and Cordarrelle Patterson

Last season, the Packers struggled to recover fast receivers out of the backfield. Cohen caught 10 passes in two games against the Green Bay and that included one touchdown pass. Patterson has often had big games against the Pack when playing for the Vikings. The Pack won’t have Oren Burks but will call on Raven Greene and other defenders to prevent Cohen and Patterson from turning short passes into big plays.

The Bears and Packers almost always play close games as is befitting the NFL’s oldest rivalry. The Bears have home field advantage and the added pageantry of opening the NFL’s 100th season on national TV. The biggest disadvantage for the Packers is they are playing a new system on offense and integrating many new players into the defense. This will be close, hard-fought contest, but ultimately, the Pack will fall just short in LaFleur’s debut.