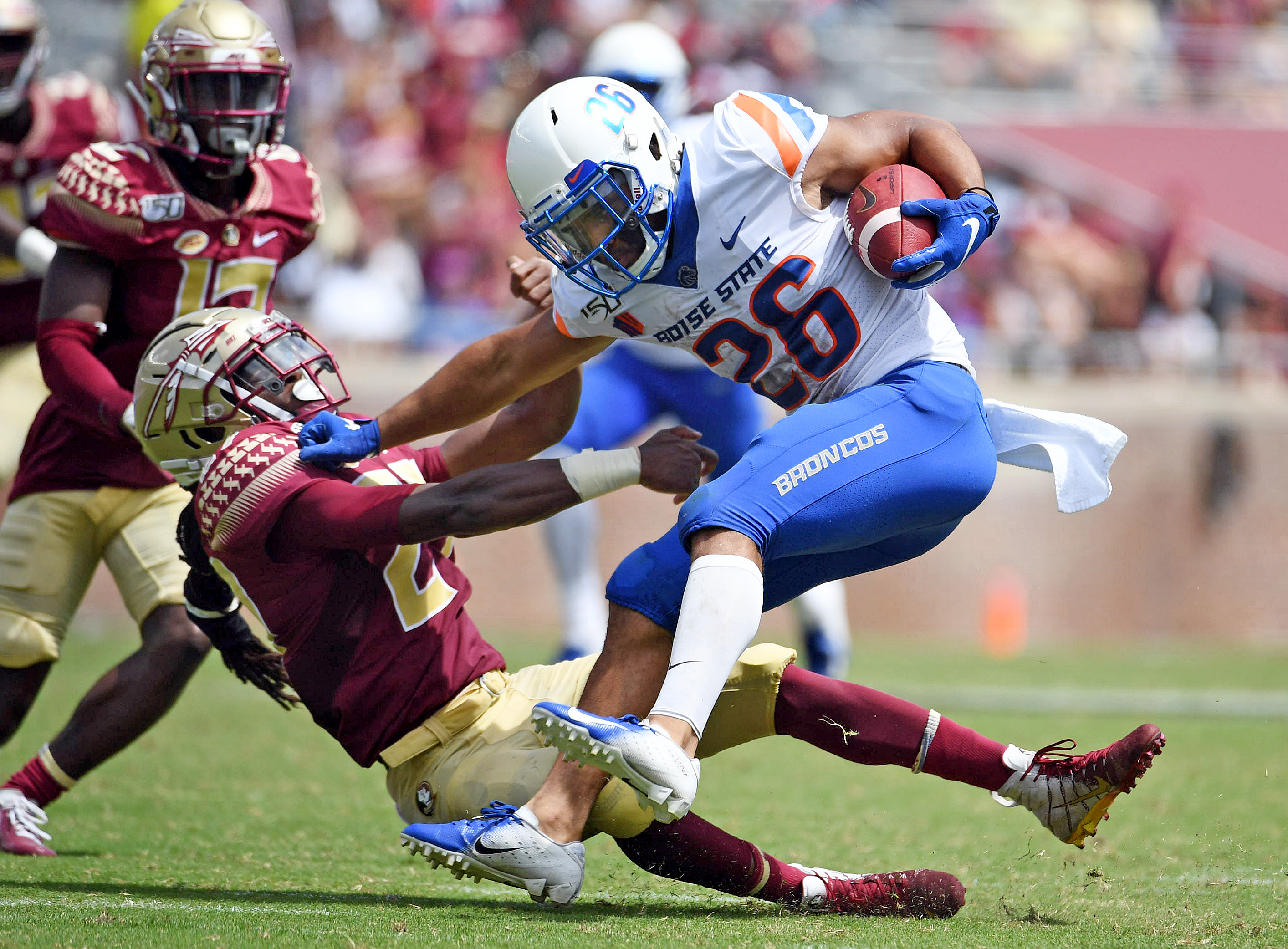 It’s a new year, but the same old Boise State.

Despite having to change course roughly two days before Saturday’s contest with Florida State, the Broncos stunned the Seminoles and the Doak Campbell Stadium crowd with a come-from-behind 36-31 victory. True freshman Hank Bachmeier passed for 407 yards in the win as Boise State put up 621 yards and scored the game’s final 23 points.

In the process, the Seminoles became the fifth Power 5 team since 2009 to lose to Boise State in Week 1. The good news for FSU is that not all is lost. Here’s a look at how the previous four teams finished the season:

Week 1: Lost at Boise State, 19-8, on Sept. 3, 2009
Finish: 10-3, Pac-10 champions; No. 11 in AP Poll, lost to Ohio State in Rose Bowl, 26-17
Key Players: Jeremiah Masoli, QB; LaMichael James, RB; Ed Dickson, TE
Overview: Oregon fell to Boise State in the 2009 opener in an infamous contest that ended with a punch from running back LeGarrette Blount. Thanks to edging Purdue the following week, the Ducks reeled off seven straight wins, including three over ranked teams in California, Utah and USC. The lone Pac-10 loss for Oregon would come at Stanford. Oregon clinched the conference with hard-fought wins over Arizona and Oregon State to close the year. Unfortunately for Oregon, it would fall to Ohio State in the Rose Bowl.

Week 1: Lost to Virginia Tech in Landover, Maryland, 33-30 on Sept. 6, 2010
Finish: 11-3, ACC champions; No. 15 in USA Today Coaches Poll, lost to Stanford in Orange Bowl, 40-12
Key Players: Tyrod Taylor, QB; Darren Evans, RB; Jayron Hosley, CB
Overview: Virginia Tech rallied from 17 points down to lead Boise State in the Labor Day opener, but couldn’t get a timely stop as Kellen Moore’s touchdown pass with Austin Pettis with 1:09 lifted the Broncos to a 33-30 victory. The Hokies hit what looked like rock bottom five days later with a 21-16 home loss to FCS James Madison. From there, Virginia Tech would reel off 11 straight victories, capped with a 44-33 win over Florida State for the ACC Championship. The streak would end in the Orange Bowl as Jim Harbaugh’s Stanford Cardinal, led by quarterback Andrew Luck, topped the Hokies, 40-12.

Week 1: Lost to Boise State in Atlanta, 35-21, on Sept. 3, 2011
Finish: 10-4, SEC East champions; No. 19 in AP Poll, lost to Michigan State in triple-overtime in Outback Bowl, 33-30
Key Players: Aaron Murray, QB; Jarvis Jones, LB; Bacarri Rambo, S
Overview: For the third straight year, Boise State opened with a stunning upset of a ranked Power 5 team as the Broncos took down Georgia in the Georgia Dome, 35-21. One week later, Georgia lost a shootout at home against South Carolina, 45-42. Fortunately for the Bulldogs and head coach Mark Richt, they would circle the wagons and win their final 10 regular season games, including two over ranked opponents to claim the SEC East. Despite an early 10-0 lead in the SEC Championship, No. 1 LSU would score the game’s final 42 points in a rout of the Bulldogs. Georgia couldn’t hold a late lead to Michigan State before falling in triple-overtime at the Outback Bowl.

Week 1: Lost at Boise State, 16-13, on Sept. 4, 2015
Finish: 7-6; defeated Southern Mississippi in Heart of Dallas Bowl, 44-31
Key Players: Jake Browning, QB; Myles Gaskin, RB; Travis Feeney, LB
Overview: Unlike the other teams on this list, Washington stumbled to a 6-6 season before a bowl victory over Southern Mississippi. At one point, the Huskies were just 4-6, but closed the regular season strong with a 52-7 victory at Oregon State and a stunning 45-10 beatdown of No. 20 Washington State in Seattle for the Apple Cup. The head coach for the Washington team, Chris Petersen, was Boise State’s coach in the Broncos’ victories over the three aforementioned programs.