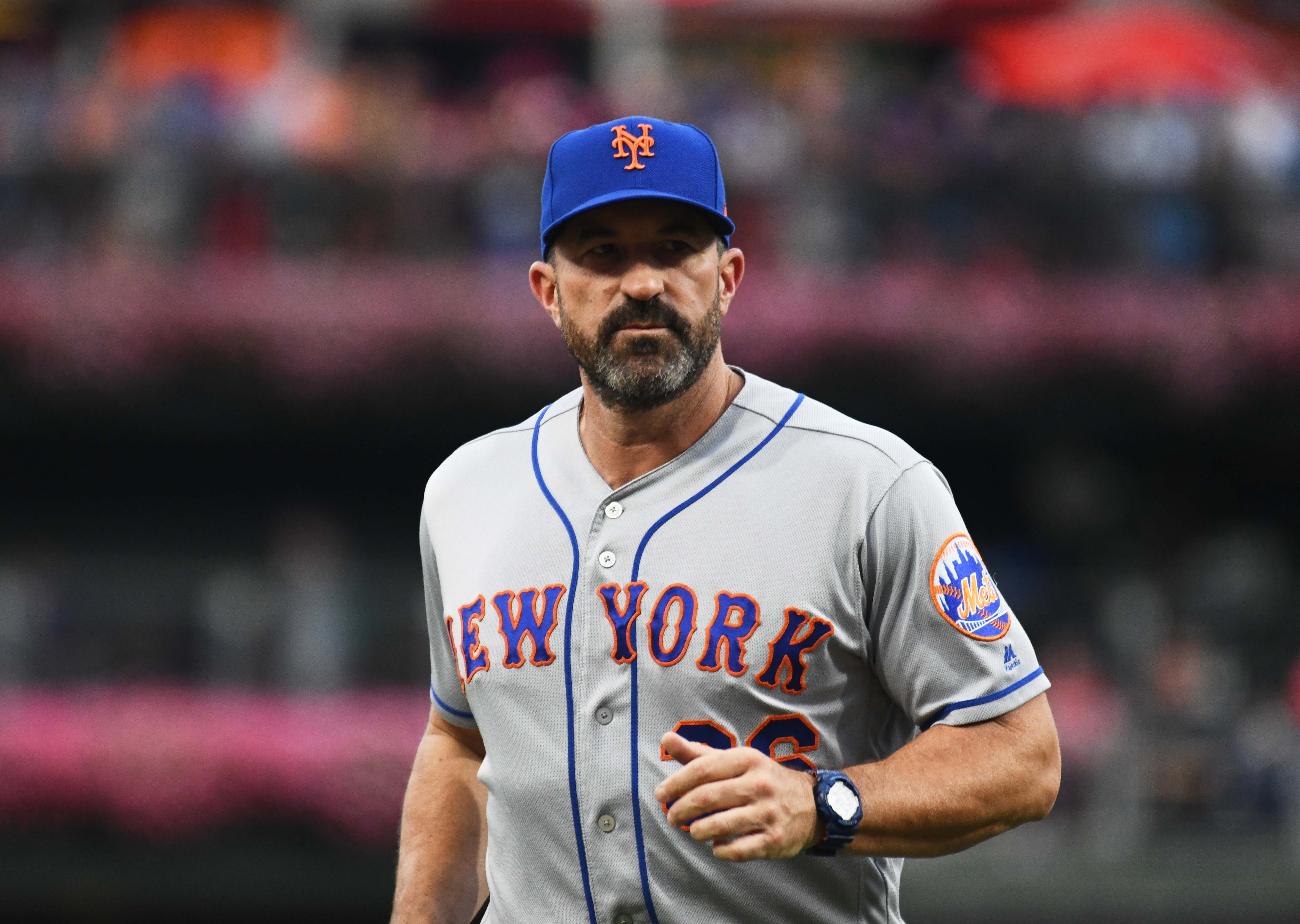 We wake up on the morning after the latest New York Mets’ disaster with plenty of blame to go around. Paul Sewald deserves his fair share for failing to simply do his job and get three outs with a six run lead, while Edwin Diaz did what he’s done far too often this year, throw pitches right over the middle that get dumped into the seats for game crushing homers. Another man who deserves plenty of criticism is manager Mickey Callaway, who completely mismanaged the inning to the point that he frankly isn’t getting enough blame for the loss.

To reset, Callaway started the eighth inning with his ace, Jacob deGrom, holding a 5-2 lead. This was the correct decision, and after deGrom gave up a two run homer Callaway went to his best reliever, Seth Lugo. Lugo put out the fire, needing just 10 pitches to retire the Nationals and preserve that 5-4 lead. The Mets’ offense than did their job, adding on five insurance runs, turning the game from a nail biter into what should have been a laugher.

At that point, Callaway is completely justified in taking out Lugo to try and save him for tomorrow. What Callaway did wrong, however, is going from his best reliever in Lugo to one of his worst in Sewald. Sewald has spent the majority of this season in the minor leagues, and it isn’t the middle of May. The Mets need to win essentially every night to get into the playoffs, so letting games like this get away is not an option.

There has to be a middle ground between Lugo and a guy who was in the minor leagues until a few weeks ago with the season on the line, and Callaway had options. Brad Brach has been effective since coming over to the Mets, but Callaway hasn’t used him in a week, so with an off day coming on Thursday it would have been a perfect opportunity to get him some work. Jeurys Familia has also been pitching better of late, and giving him a six run lead would have given him another potentially confidence boosting outing.

Sewald gave up an infield hit to start the inning, but recorded an out before Trea Turner doubled in a run. The next batter, Asdrubal Cabrera, singled to plate a run. At that point, Sewald should have been out of the game in favor of a more capable reliever, but Callaway let him face Washington’s most dangerous hitter in Anthony Rendon, who drove in another run to make it 10-6. At that point, Callaway finally went to another reliever in Luis Avilan to face the lefty Juan Soto, who singled to load the bases.

The Nationals had Ryan Zimmerman coming up, and Callaway wanted to avoid having him face a lefty in Avilan, so he chose to bring in Diaz, who melted down by giving up a two run double to Zimmerman and the game winning homer to Kurt Suzuki. Callaway defended his choice after the game, noting that Diaz had “electric stuff” and it was unfortunate that the Nationals were able to hit it. The problem, as Anthony DiComo points out, is the pitches’ location.

Those pitches did, however, catch quite a bit of plate. Both started near the corner, then leaked back. pic.twitter.com/Nlqqll36gc

It doesn’t matter if you throw 99 or 100 miles per hour if you put the ball on a tee for big league hitters, they will tattoo it. Diaz has also given up 13 home runs this year, and Zach Braziller of the New York Post pointed out the fallacy of Callaway’s thinking on Twitter.

To emphasize this point, with the bases loaded in a four run game, Callaway chose to bring in the reliever who has given up 13 home runs with an ERA of 5.65 over the one with an ERA of 2.10 and has given up just three bombs on the year. Diaz has also walked 20 batters in 51 innings pitched, so there was just as good a chance he’d walk in a run then get an out. All of that poor decision making played a big part in why the Mets lost this game, and it will ultimately be why Callaway is no longer the Mets’ manager after the season ends.