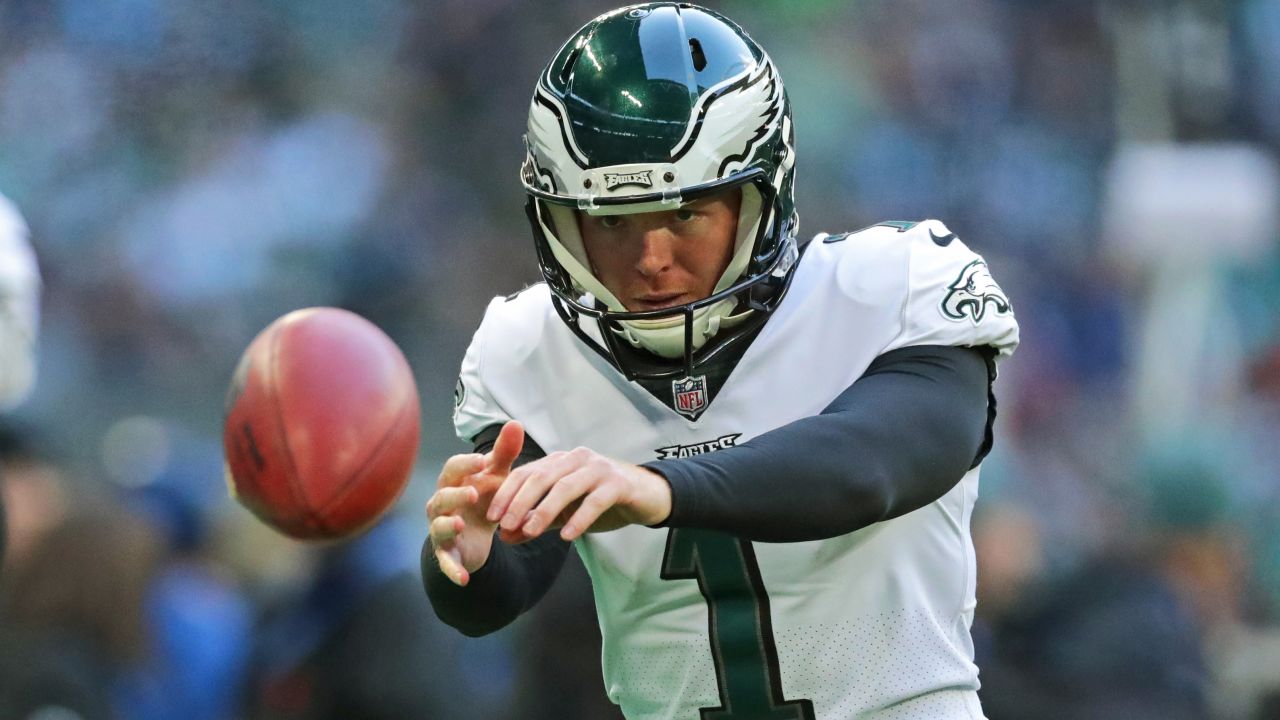 Now let’s get this regular season over with so we can get back to the personnel stuff!

Just kidding, but the scouting and trade speculation and player evaluation sideshows have been strangely more entertaining than ever for me this past offseason. It’s almost as if the NFL has collectively designed a marketing shadow of itself.

Hurricane Dorian has supplied some distraction from the fact that the NFL Week One games are here. There’s much more worthy of our attention this week than the Eagles-Redskins opener.

But the show must go on. Some of us don’t know for sure what Dorian holds for us to battle this weekend. Maybe it turns out the Eagles game is the best diversionary moment we will find.

The funny thing is, I have less of a sure feeling about how well the Eagles will play in this one than I do about the wobbling path of Dorian.

Our guys haven’t played as an all-out-effort starting unit on either side of the ball for quite some time. In a way this opener in Philly could end up looking like a glorified preseason game. We can only trust that the coaches have a handle on the situation.

Vegas has the Birds favored by 9. They’re begging you to bet on the Birds. Why? Because I think the Vegas guys understand this opener has a better chance of ending up a close game, maybe even a W for the ‘Skins. They get the unpredictability factor, especially based upon the NFC East rivalry history.

For example, RT Lane Johnson (who has been limited the entire preseason) is going to take on OLB/pass rusher Ryan Kerrigan in his first real test of the year. He says he’s ready. Kerrigan may have something to say about that. Johnson admits: “The guy is relentless and has all the tools. I love playing against him. If I’m not at my best, he’s going to get the better of me.”

There are one-on-one skirmishes like that all across the roster which need to play out to discover just where this team is at on September 8.

As for the Redskins, who just signed ex-Eagles Wendell Smallwood and Treyvon Hester, they seem to have a slightly better focus on their starters, and starting Case Keenum at QB isn’t going to hurt them either. Keenum is just unpredictable enough that he could give the Eagles fits.

Keenum has had a lot of reps running his offense through RB Derrius Guice, the 2nd-rounder who sat out last season with a torn ACL. The Washington game plan on offense starts with moving the Eagles back off the ball with a running game which draws the safeties and linebackers up toward the LOS. Keenum sees that and he knows what to do with his somewhat limited passing game. Of course, not having Trent Williams at LT (refused to report) could really end up messing with Keenum’s game more than anything the Eagles will toss at him.

Redskins receivers are nothing to write home about since they released former first-round pick Josh Doctson.

“He did some good things for us. We had high expectations for him,” coach Jay Gruden said of Doctson, who combined for 81 receptions and 1,100 yards over three seasons. “But I think the emergence of what we think [Kelvin] Harmon can be and Terry [McLaurin] can be and obviously Trey Quinn coming back and Paul Richardson with his speed. Then obviously [Steven] Sims [Jr.] and … Rob Davis with is ability to play special teams was a big factor as well.”

The relatively unproven talent at WR leads to just the kind of underestimated opinion of an opponent’s receiving group which could influence sloppy coverages by Eagles defenders.

As usual, we don’t know if TE Jordan Reed will play for the ‘Skins. They’re still awaiting an update on Reed, who was admitted into concussion protocol after taking a nasty hit in Atlanta on Aug. 22.

Reed usually does end up playing against the Eagles. He’s a tough red zone cover.

Redskins are going to be thin at cornerback. Fabian Moreau is still dealing with an ankle injury and is questionable for Week 1. If he cannot play, Gruden is confident either Greg Stroman or seventh-round rookie Jimmy Moreland can excel in the slot.  But this could be the most vulnerable opening for the Eagles game plan. Will Wentz be sharp enough to exploit the DB matchups?

Get ready for another venture into the great unknown.