Rob Gronkowski hints about coming out of retirement, on one condition 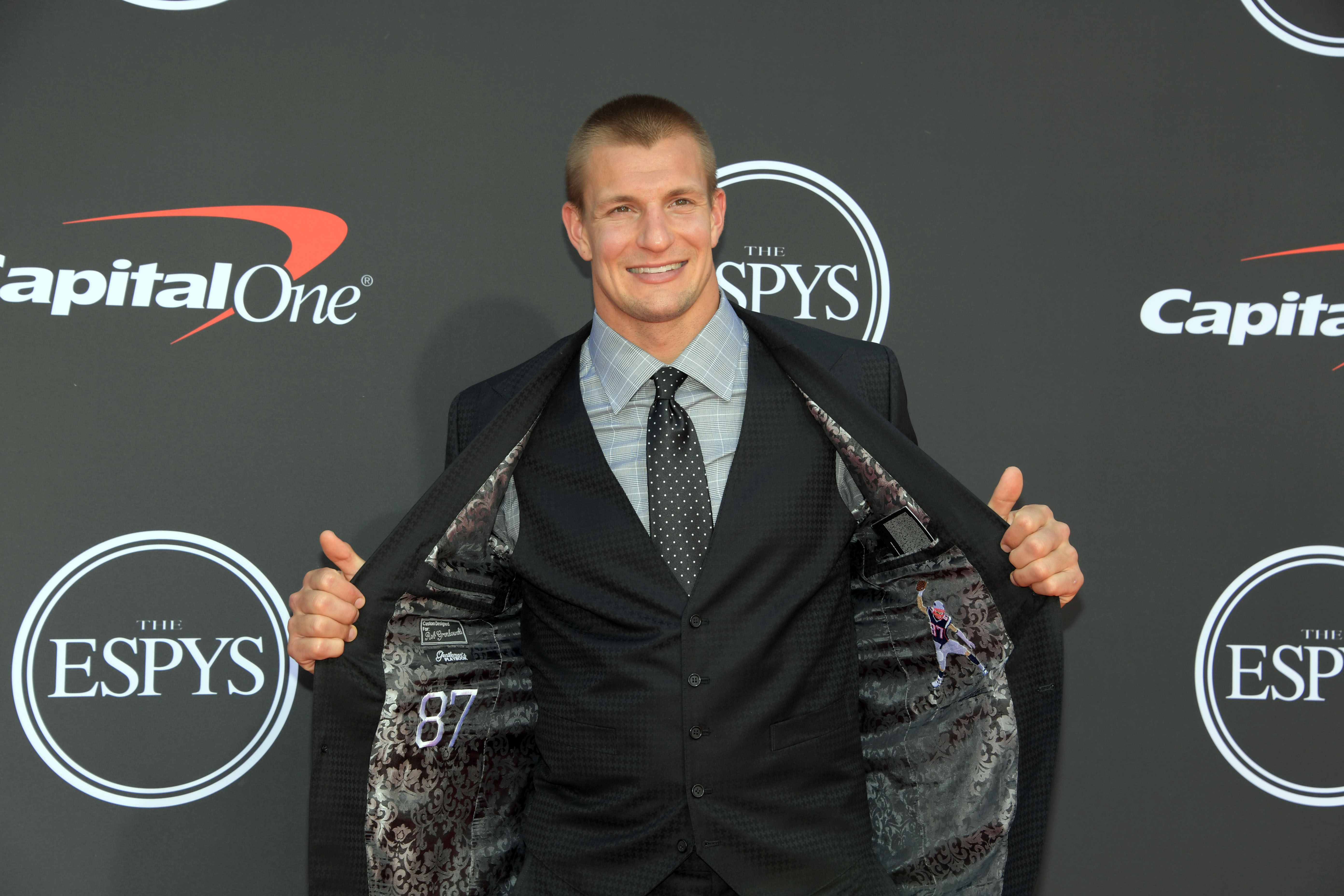 Rob Gronkowski hints about coming out of retirement, on one condition

It’s been said that Rob Gronkowski has called it quits on his NFL career, and that he’s enjoying life after retirement. And while that may all be true, Gronk has never given a definitive answer as to whether or not he’ll play again.

Injuries really seemed to take a toll on him last season, and it’s likely that he’s been taking all the necessary time to rehab and recover from them. As such, there was virtually no way we’d see him in training camp, or playing for the Patriots early in the season.

But that doesn’t necessarily mean he’s hung up his cleats for good.

Gronk recently appeared on “The Adam Schefter Podcast,” and he told the ESPN reporter that he might be willing to come out of retirement, if Tom Brady personally called him and asked him to.

Don’t be surprised if this actually happens. The Patriots have a new-look receiving corps, and are the weakest at tight end they’ve ever been since Brady took over in 2000. Brady isn’t getting any younger, and at 42 years of age, he only has so many playoff runs left in him, so don’t be shocked if he advocates for the team to bring back Gronk for another shot at a Lombardi Trophy.