The Last 5: Cincinnati vs. Ohio State 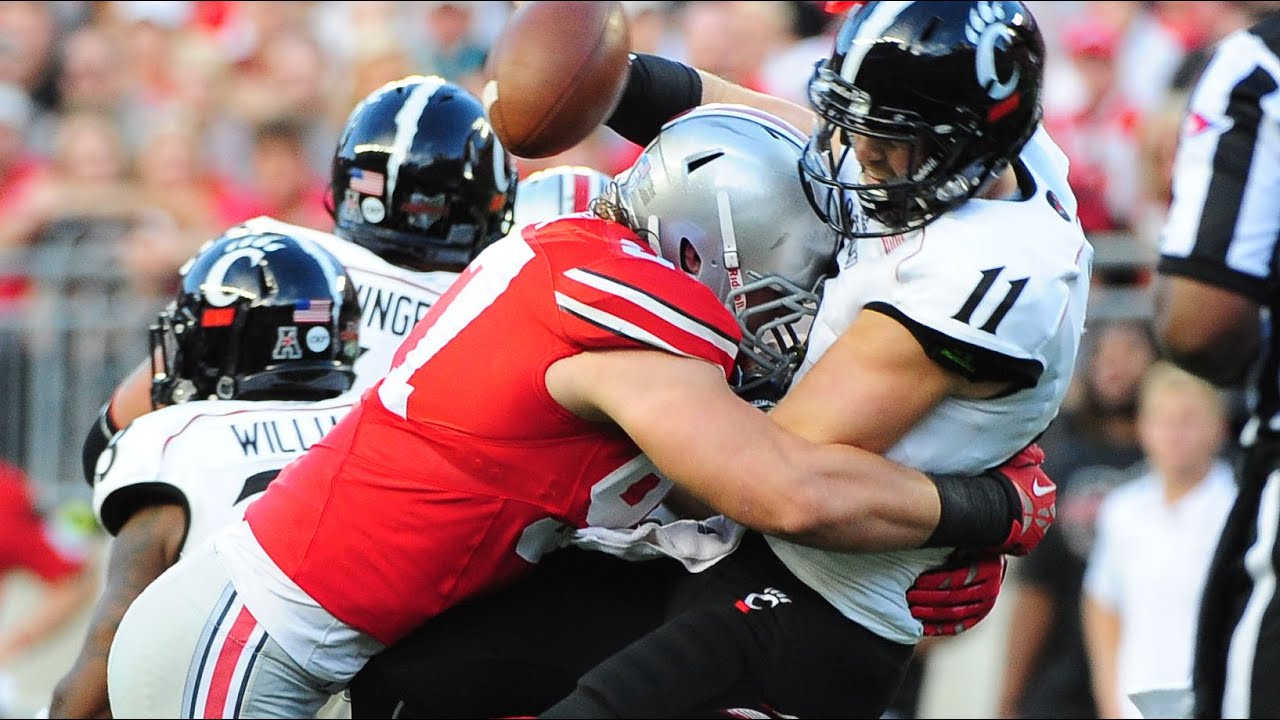 The Last 5: Cincinnati vs. Ohio State

Ohio State dominated from the start in Saturday’s opener against Florida Atlantic, but first-year head coach Ryan Day looks to have a little tougher test on his hands this week.

The No. 5 Buckeyes will remain home to face Cincinnati. The Bearcats shined in their opener with a 24-14 victory over Chip Kelly and UCLA. Head coach Luke Fickell spent 14 years as an Ohio State assistant and was the interim head coach in 2011.

Saturday’s contest will be the 17th meeting between the schools. Cincinnati hasn’t won in more than 120 years.

Cincinnati 28, (22) Ohio State 50
Sept. 27, 2014
Eventual national champion Ohio State accounted for 710 yards of offense in a contest in which it pulled away late from Cincinnati. Quarterback J.T. Barrett passed for 330 yards and four touchdowns for the Buckeyes. Cincinnati’s Gunner Kiel passed for 352 yards and four scores. Wide receiver Chris Moore caught touchdown passes of 60, 83 and 78 yards. The Bearcats were within five in the third quarter before Ohio State scored the game’s final 17 points.

Cincinnati 6, (9) Ohio State 27
Sept. 4, 2004
Ohio State overcame four early turnovers to easily dispose of Cincinnati in the 2004 opener. Lydell Ross rushed for 141 yards and a score for Ohio State in the victory.

(6) Ohio State 23, Cincinnati 19
Sept. 21, 2002
Eventual national champion Ohio State actually trailed at Cincinnati entering the final quarter early in the 2002 season. The Buckeyes drew to within two on a Mike Nugent field goal early in the quarter before quarterback Craig Krenzel scored from six yards out for the game-winning touchdown with less than four minutes to play. Gino Guidugli passed for 324 yards and a score as the Bearcats outgained the Buckeyes, 415-292. Tye Keith finished with nine catches for 94 yards for Cincinnati while Blue Adams intercepted Krenzel twice.

Cincinnati 20, (12) Ohio State 34
Sept. 25, 1999
Cincinnati raced to a 17-3 lead behind a touchdown run and a touchdown pass from quarterback Deontey Kenner, who finished with 343 yards passing. Ohio State would respond with the game’s next 31 points to win the first meeting between the schools in 68 years. The teams combined for over 1,000 yards of offense. Ohio State’s Steve Bellisari passed and rushed for a touchdown.