Ranking the top 10 NFL quarterbacks of all time 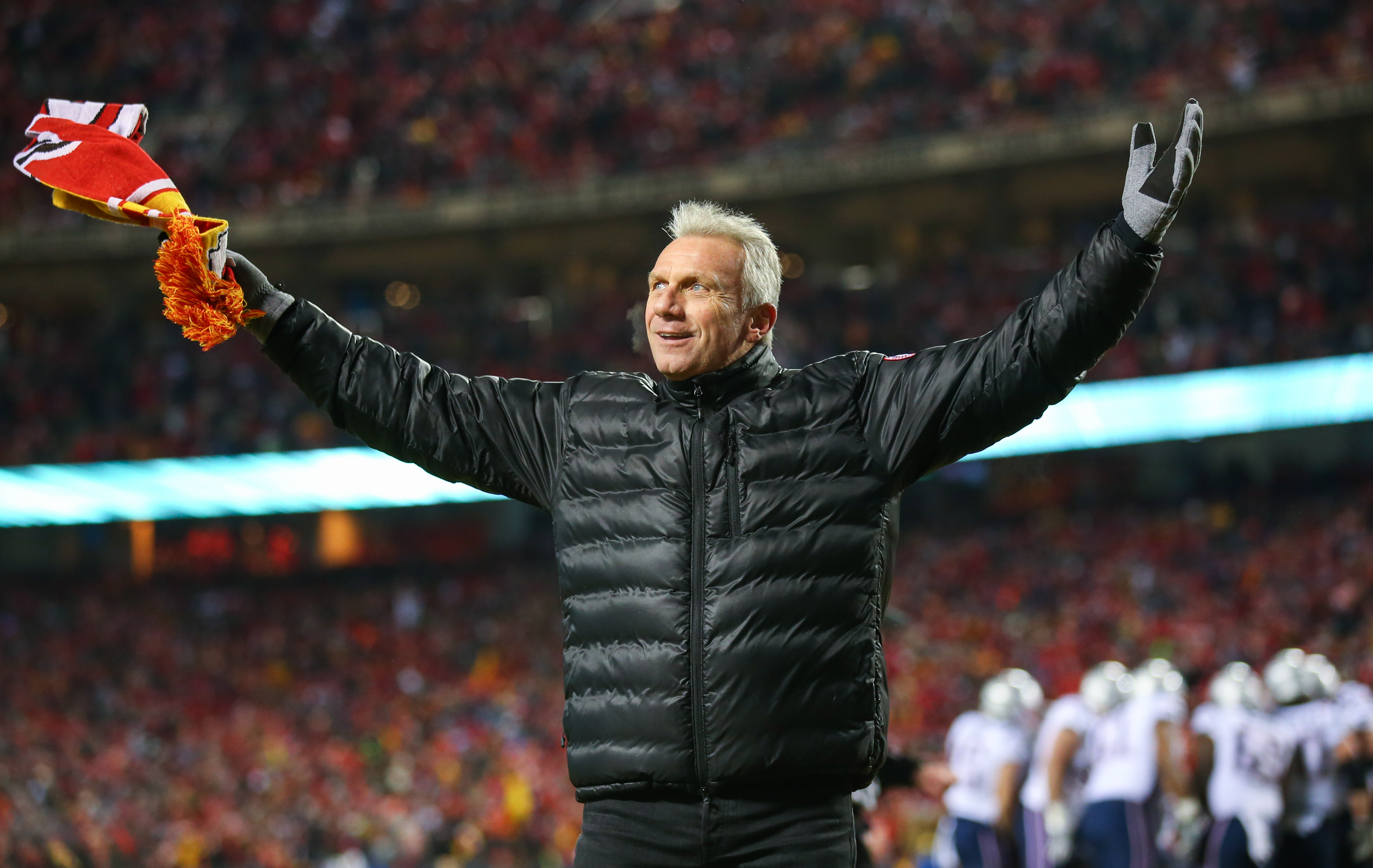 Ranking the top 10 NFL quarterbacks of all time

The NFL has predominantly been a passing league since the merger, and so there have been a plethora of prolific passers torching opposing defenses over the years.
Ten of them stand out among the rest of the pack, and while it was difficult to pick out the best quarterbacks, we went ahead and ranked the top ones, for your viewing pleasure.
10) Brett Favre
Favre had one of the strongest arms of any quarterback to ever play the game, and he would never shy away from throwing into coverage, if he felt the reward was worth it. He was extremely tough, often playing through pain, and had a genuine love for the game of football. Not only that, he’s a first-ballot Hall of Famer.

Like LeBron James, Bradshaw was an average regular-season quarterback, but he showed up in big games, and was a proven winner. He saved his best play for Super Bowls, winning four of them, and ranking number one for all quarterbacks in said contests, averaging 11.1 yards per attempt in them. A strong running game and great defense helped him, but Bradshaw made big throws when it counted.

8) Dan Marino
The greatest quarterback to have never won a Super Bowl, his career started off with a bang, as he went 7-2 as a starter in his rookie season. The strong-armed quarterback wowed with his arm, throwing 48 touchdown passes in 1984, which crushed the previous record of 36. He was extremely fun to watch with the ball in his hands, and always gave his team a chance to win.
7) Roger Staubach
The Navy product defied the odds and is the greatest service academy grad football has ever seen, and likely ever will. Was extremely tough, and not only had to deal with being rotated in and out of games nearly every other play by head coach Tom Landry early in his career, but also battled a number of concussions, yet still won two Super Bowls.
6) Otto Graham
An extremely efficient passer during a time when quarterbacks were anything but, Graham compiled a 99.1 quarterback rating, and a two-to-one touchdown-to-interception ratio. He won three Super Bowls, and was named to the Pro Bowl three times. Graham was light years above the rest of the league’s quarterbacks, and his Browns were the class of that era, serving as the NFL’s first official dynasty.
5) John Elway
Elway was the first quarterback with a strong arm to have not been a traditional pocket passer, as he was actually extremely mobile, which allowed the Broncos to really open up their playbook and utilize a potent rushing attack as well. The former Broncos quarterback, who now serves as the team’s general manager, pulled off the extremely difficult feat of having won back-to-back Super Bowls. He was known for his ability to mount late-game drives, and was one of the best at fourth-quarter comebacks.
4) Johnny Unitas
Unitas was a trailblazer in the way that he changed how teams that were trailing late in games ran their offense. And while Elway was great in the two-minute drill, Unitas essentially created it, changing the tempo and playcalling to keep opposing defenses on their heels, and also managing the clock. Unitas called his own plays during games, and he viewed the game in a different light than many others both before him, and after him.
3) Peyton Manning
Arguably the most cerebral quarterback to ever play the game, Manning could read and diagnose defenses before the snap, then pick them apart afterward, often leading to big plays. They didn’t call him Laser Rocket Arm for no reason, as he could make all the throws and sling it all over the field, and he was known for elevating the play of his receiving corps. Not only that, he won Super Bowls with two different teams, which is extremely impressive.
2) Tom Brady
It was tough to pick between Tom Brady and the one quarterback we ranked ahead of him, as the Patriots quarterback has won more Super Bowls than any other signal-caller in NFL history. He’s also lost three Super Bowls as well, though. However, Brady’s relentless work ethic, passion for winning and skill set have made him an unstoppable force, and it’s incredible that he’s still effective at 42 years of age. Like Manning, his ability to read and diagnose coverages is uncanny, and his five Super Bowl rings speak for themselves.
1) Joe Montana
He never lost a Super Bowl, going 4-0 in said contests, and had Brady not beaten an inexperienced, overmatched Rams team back in February, the two would still be tied for rings. Montana was unbelievably accurate, and threw one of the prettiest spirals the game has ever seen. He compiled a 16-7 record in the playoffs, He was named MVP twice, and we’ll never forget him tossing the most famous pass in NFL history. Dwight Clark being on the other end of The Catch will forever be a part of NFL lore, and we’d happily watch it over and over.