Robinson Cano's role will be interesting down the stretch 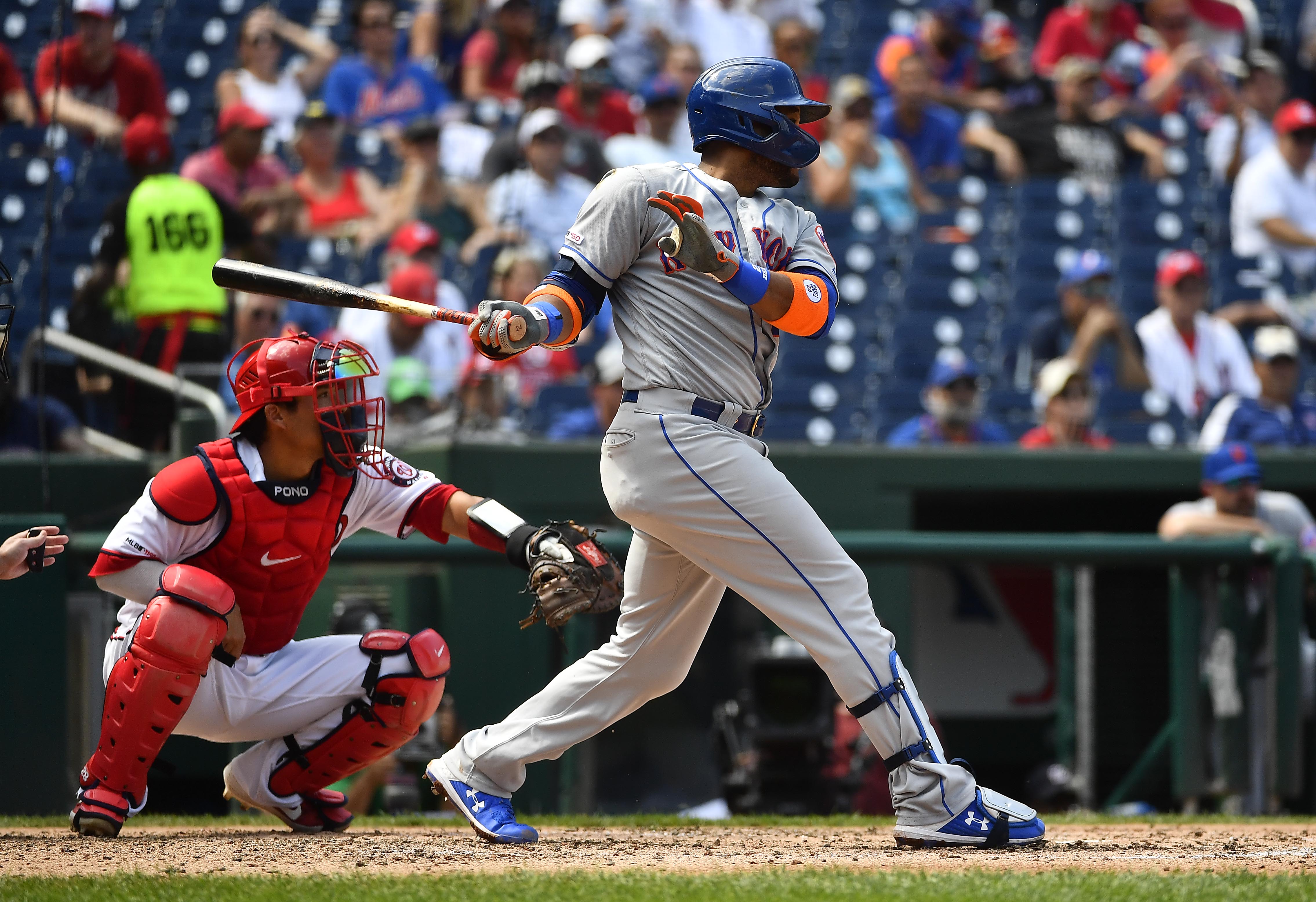 Robinson Cano's role will be interesting down the stretch

In a somewhat rare turn of events for the New York Mets, a player actually beat his time table for return from injury. Despite being projected to miss the rest of the season with a hamstring tear, Robinson Cano made his way back to the Mets in just over a month, returning with style by going 3 for 3 with a homer in their 7-4 win over the Washington Nationals. Even though the Mets’ odds of reaching the postseason remain slim, it will be worth watching how the Mets handle Cano for the final month of the year.

There is suddenly a log jam for playing time with the Mets, who signed Joe Panik in free agency after Cano got hurt. Panik has hit enough to merit at bats, and his only position is second base. Jeff McNeil has also been playing some second, but he should shift back to a split between third and the outfield with Cano and Panik sharing second. Cano is also going to be here for the next several years, with a significant amount of money left on his contract, so the Mets will definitely look to see if he can finish strong.

Even though Mets’ fans probably weren’t thrilled that Cano is back, it is worth mentioning he was heating up before his hamstring injury with nine hits in 15 at bats. Cano appears to have picked up where he left off with the 3 for 3 game, and if he keeps hitting he should get more of the playing time ahead of Panik. Even though it appears that Cano was an incredibly fast healer, the Mets should exercise caution to avoid having him get hurt again, potentially impacting his prep for next season. Cano will undoubtedly want to play every day, so it will be a delicate dance for Mickey Callaway and his coaching staff down the stretch.