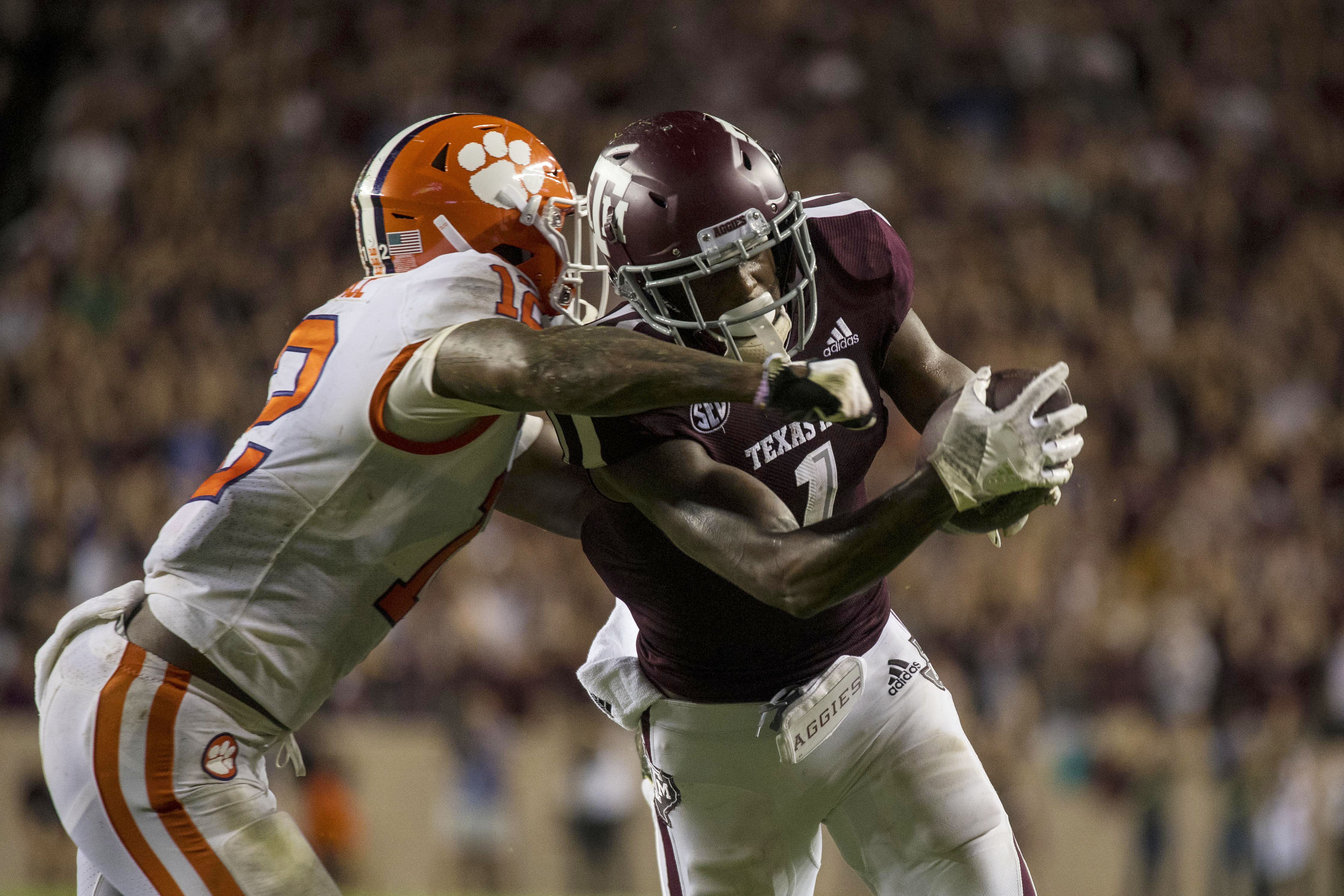 Although the teams don’t meet annually, Texas A&M head coach Jimbo Fisher will have faced Clemson every year that he has been a head coach come Saturday. The former head man at Florida State, Fisher is 4-5 all-time against the Tigers, but hasn’t won since 2014.

No. 1 Clemson easily defeated Georgia Tech in its first contest since winning a second national championship in three years. The Tigers and Aggies played a thriller in College Station last season in what would be the first game in the series for Clemson with Dabo Swinney as head coach.

Clemson has not lost a non-conference game in the regular season since falling at Georgia to open the 2014 season. Saturday’s contest at “Death Valley” will be the sixth meeting between the schools.

Who: No. 12 Texas A&M Aggies (1-0) at No. 1 Clemson Tigers (1-0)
When: Saturday, Sept. 7 at 3:30 p.m. ET
Where: Memorial Stadium in Clemson, South Carolina
Network: ABC
What’s at Stake for Texas A&M: Beating top-ranked Clemson would easily be the biggest win of Jimbo Fisher’s young tenure at Texas A&M. It would almost assuredly move the Aggies into the top 10, if not the top 5.
What’s at Stake for Clemson: Clemson hasn’t lost a non-conference game in more than five years and has won 19 straight regular season games, dating back to 2017.

(2) Clemson 28, Texas A&M 26
Sept. 8, 2018
Clemson had a pair of 15-point leads in the second half in the 2018 match-up, but had to hold on late to top Texas A&M. The Aggies drew to within two on Kellen Mond’s 24-yard touchdown pass to Kendrick Rogers with less than a minute to play in the game, but Mond’s 2-point conversion pass was intercepted. Mond passed for 430 yards and three touchdowns in the loss with two of those touchdowns going to Rogers. Clemson’s Tee Higgins led all receivers with 123 yards receiving to go with a touchdown in the victory. Clemson quarterback Kelly Bryant rushed and passed for a score.

(17) Texas A&M 24, Clemson 25
Sept. 3, 2005
Clemson opened the 2005 season by taking down Texas A&M in a thriller. Jad Dean’s sixth field goal of the night — from 42 yards out — with two seconds to go lifted the Tigers to a thrilling victory. Texas A&M quarterback Reggie McNeal rushed for 100 yards and threw the go-ahead touchdown to Chad Schroeder with 9:22 remaining. Courtney Lewis rushed for two touchdowns in the loss. Clemson’s James Davis ran for a game-high 101 yards, but it was a 47-yard punt return by Chansi Stuckey that accounted for Clemson’s only touchdown of the evening.

Clemson 6, Texas A&M 27
Sept. 8, 2004
Texas A&M rushed for 324 yards in Week 3 of the 2004 season to easily down Clemson. Reggie McNeal finished with 307 total yards while Courtney Lewis finished with 165 yards on the ground and two scores. The Aggies held the Tigers to 2-for-11 on third down and intercepted Clemson’s Charlie Whitehurst three times.

Texas A&M 30, Clemson 15
Oct. 6, 1973
The first meeting between the schools took place in Clemson, but the Tigers had no answer for Texas A&M’s Bubba Bean, who rushed for 204 yards. Bennie Cunningham caught a touchdown pass for Clemson in the loss.