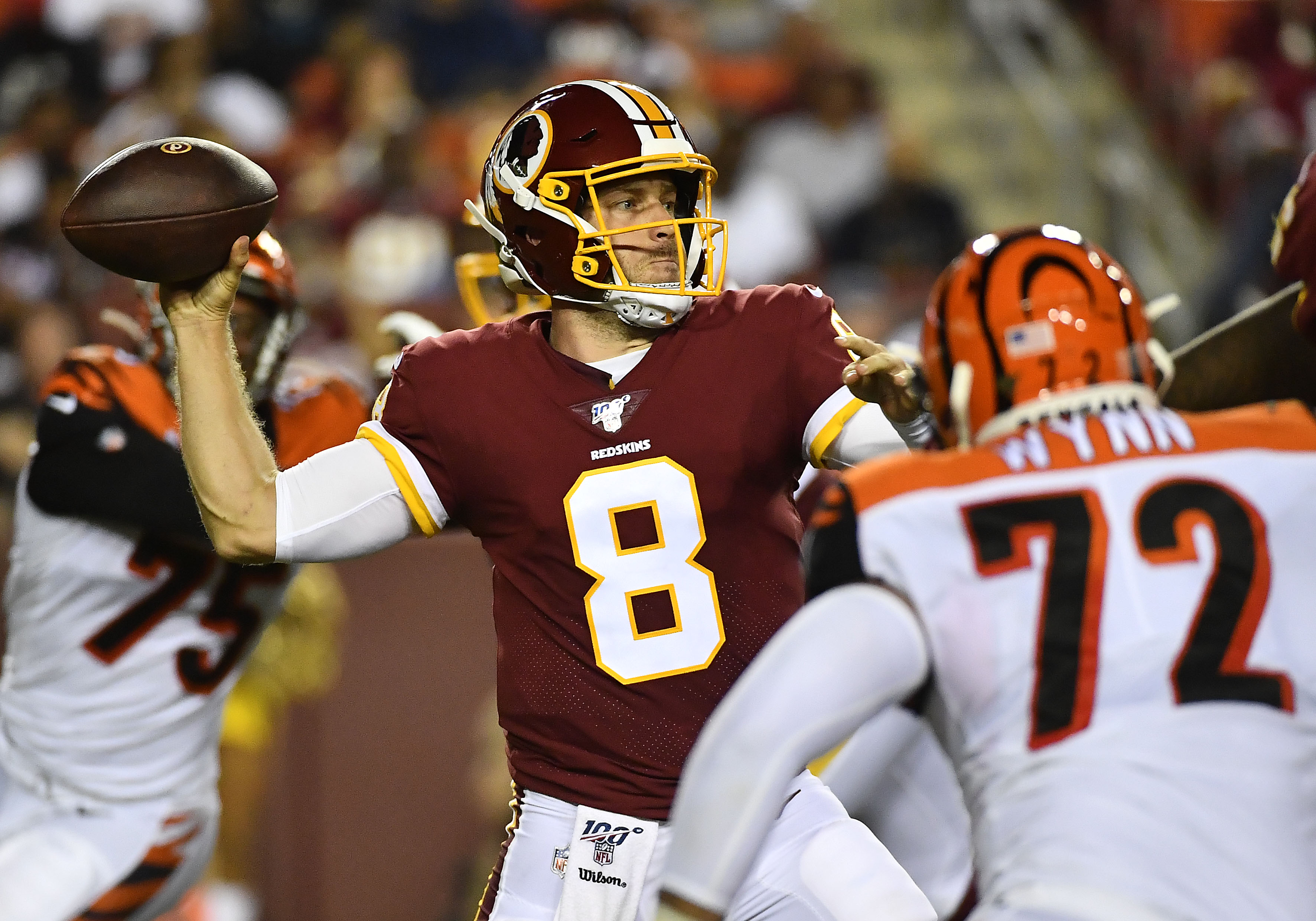 In the second of a three part series, we will take a look at the top five quarterbacks who changed teams in the National Football League offseason. Of the five, there are no significant superstars, but some who will try to have a serious impact on their teams in 2019.

5) Blake Bortles–Los Angeles Rams–After guiding the Jacksonville Jaguars to the 2017 AFC Championship Game and a heartbreaking 24-20 loss to the New England Patriots (Jaguars were up by 10 midway through the fourth quarter), things simply did not go well for Blake Bortles in 2018. The Jaguars only had a record of five wins and 11 losses and were last in the AFC South. Even though Bortles had a career high in completion percentage of 60.3%, he also had a career low in passing yards with 2718. On March 18, the Jaguars and Bortles officially parted ways as Bortles signed a one year contract with the Los Angeles Rams to be the top backup for Jared Goff.

4) Ryan Fitzpatrick–Miami Dolphins–A journeyman is the best way to subscribe Ryan Fitzpatrick. In 2019, the 36 year old from Harvard will be joining his eighth NFL team in the Miami Dolphins after spending 14 seasons with the St. Louis Rams, Cincinnati Bengals, Buffalo Bills, Tennessee Titans, Houston Texans, New York Jets and Tampa Bay Buccaneers. Last season in Tampa Bay, Fitzpatrick led the NFL in yards per attempt with 9.6. He also got off to a sizzling start. In his first three games, he threw for over 400 yards in each as the Buccaneers came away with upset wins over the New Orleans Saints and Philadelphia Eagles. With the Dolphins, Fitzpatrick is battling Josh Rosen for the starting job. Like Fitzpatrick, Rosen is joining a new team in 2019 as he played last season with the Arizona Cardinals.

3) Nick Foles–Jacksonville Jaguars–The quarterback replacing Bortles in Jacksonville has only had 44 career regular season starts, and spent 2018 as the backup in Philadelphia to Carson Wentz. However Nick Foles, the 30 year old from Austin, TX has shown flashes of excellence over the years which explains why the Jaguars gave him a four year contract worth $88 million on March 13. Among his accomplishments include being the 2013 Pro Bowl Offensive MVP, tying the NFL record for most touchdown passes in one game with seven (in a 49-20 Eagles win over the Oakland Raiders on November 3, 2013) and being the MVP of Super Bowl LII.

2) Joe Flacco–Denver Broncos–Another former Super Bowl MVP, Flacco received the honor while with the Baltimore Ravens in Super Bowl XLVII. For the last 11 years, Flacco had been the Ravens starting quarterback and completed 3499 passes in 5670 attempts for 38245 yards, 212 touchdowns and 136 interceptions. On March 13, the Ravens officially traded Flacco to the Denver Broncos for a fourth round draft pick in the 2019 National Football League Draft. The Ravens selected running back Justice Hill of Oklahoma State. Like the Ravens, Flacco will not need to do much in Denver. He will be expected to be more of a game manager and limit mistakes. The Ravens meanwhile are moving forward with quarterback Lamar Jackson, who has emerged as one of the most mobile NFL quarterbacks in the game today.

1)Case Keenum–Washington Redskins–After being traded to the Redskins by the Broncos on March 13, Case Keenum is now playing in his sixth different city while in the NFL in six years. Prior to the March deal, Keenum was with the Houston Texans (2013, 2014), St. Louis Rams (2015), Los Angeles Rams (2016), Minnesota Vikings (2017) and Broncos (2018). Despite putting up career numbers in 2018 in completions (365) and passing yards (3890), the Broncos traded Keenum and acquired Flacco for the 2019 NFL season. While in Washington, it will be interesting to see how long Keenum will be the number one quarterback, and what the Redskins will do if and when Alex Smith returns from a leg injury.