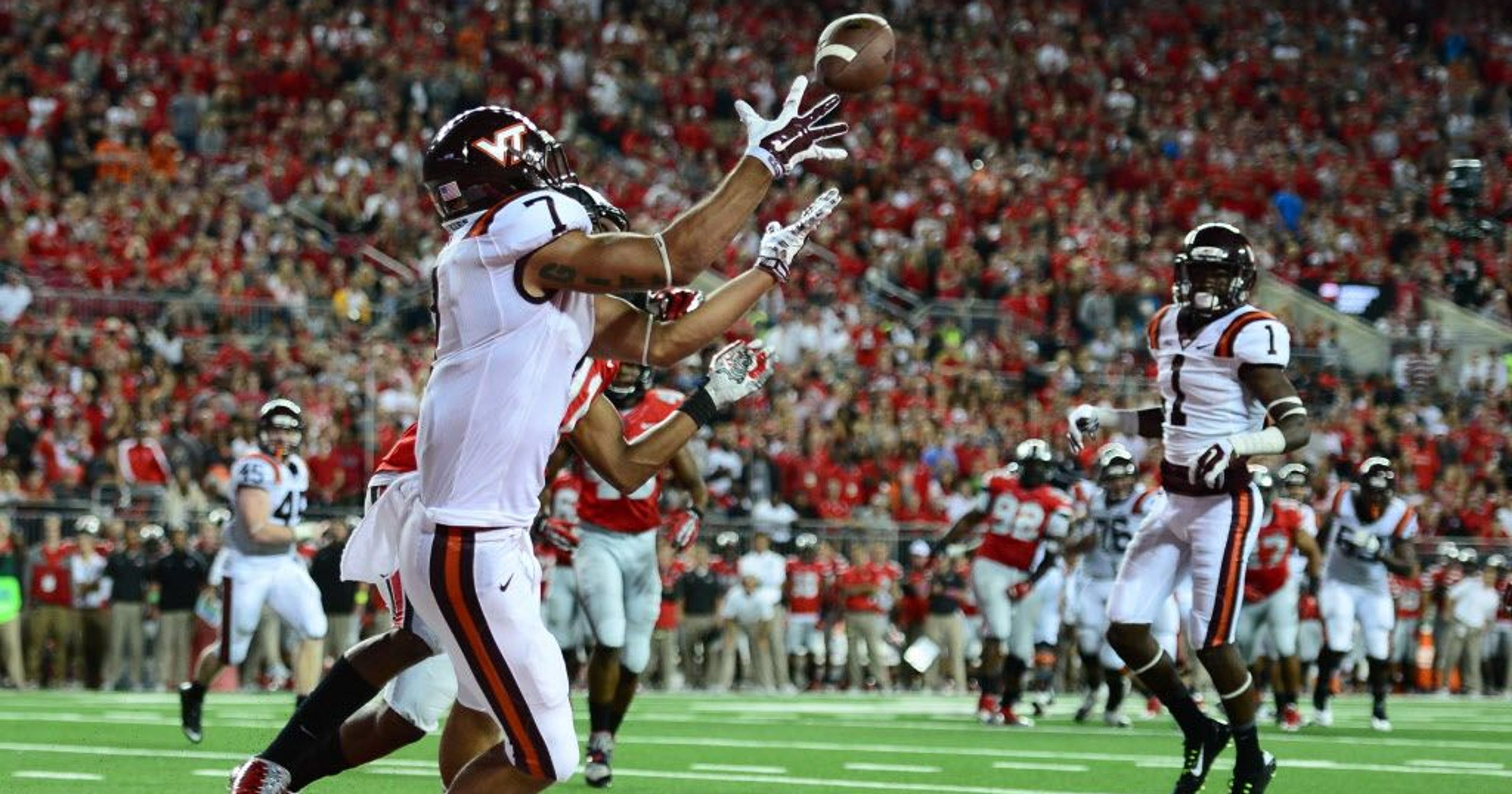 The 2014 season for Ohio State began with high expectations and when all was said, those were met and surpassed by the Buckeyes. What occurred on this day five years ago however, made that seem unthinkable at the time.

Ohio State began the season ranked No. 5. After underwhelming against Navy in Baltimore, the Buckeyes were stunned in their home opener against Virginia Tech as the Hokies left the “Horseshoe” with a thrilling 35-21 victory on Sept. 6, 2014.

Virginia Tech never trailed in the contest and led 21-7 at halftime, but with a long touchdown pass from J.T. Barrett in the third quarter and a 15-yard touchdown run by Ezekiel Elliott following a Virginia Tech fumble early in the fourth quarter, Ohio State drew even at 21 with less than 12 minutes to go in the contest.

After fumbling to set up Ohio State’s tying touchdown and throwing two interceptions earlier in the game, Virginia Tech quarterback Michael Brewer was able to collect himself and right the ship. With the help of a pass interference call, Brewer marched the Hokies 65 yards for a touchdown in six plays, capped with a 10-yard touchdown pass to tight end Bucky Hodges.

Up 28-21, Virginia Tech looked on the verge of sealing the game with under five minutes to play when Kyshoen Jarrett intercepted Barrett for the second time to set the Hokies up inside Ohio State territory. The Ohio State defense was able to hold and the Buckeyes were given new life when Virginia Tech kicker Joey Slye missed a field goal from 46 yards away with three minutes to play.

On the ensuing drive, Barrett was able to march the Buckeyes inside the Virginia Tech 45-yard-line, but a sack forced Ohio State into a 3rd-and-long situation with under a minute to play. That’s when Donovan Riley put the exclamation point on the victory by intercepting Barrett and returning it 63 yards for the touchdown.

Head coach Frank Beamer and defensive coordinator Bud Foster were able to keep Ohio State off balance all night. Barrett passed for 219 yards and rushed for 70 more, but was picked off three times and managed to complete just nine of his 29 passes. As a team, Ohio State averaged less than three yards per rush.

The loss served as the third in four games for Ohio State dating back to the season prior after winning 24 straight games before. It would also serve as the lone blemish of 2014 as head coach Urban Meyer and the Buckeyes won their final 13 games, including a 49-37 victory at No. 8 Michigan State, a 59-0 Big Ten Championship thrashing of Wisconsin, a 35-28 victory over Alabama in the Sugar Bowl and a 42-20 win over Oregon for the national championship.

Virginia Tech on the other hand would lose six of its next nine games before circling the wagons with victories over Virginia and Cincinnati in the Military Bowl. Despite the disappointing campaign, Virginia Tech could take solace in the fact that it was the only team to defeat the eventual national champions. That win happened on this day five years ago.