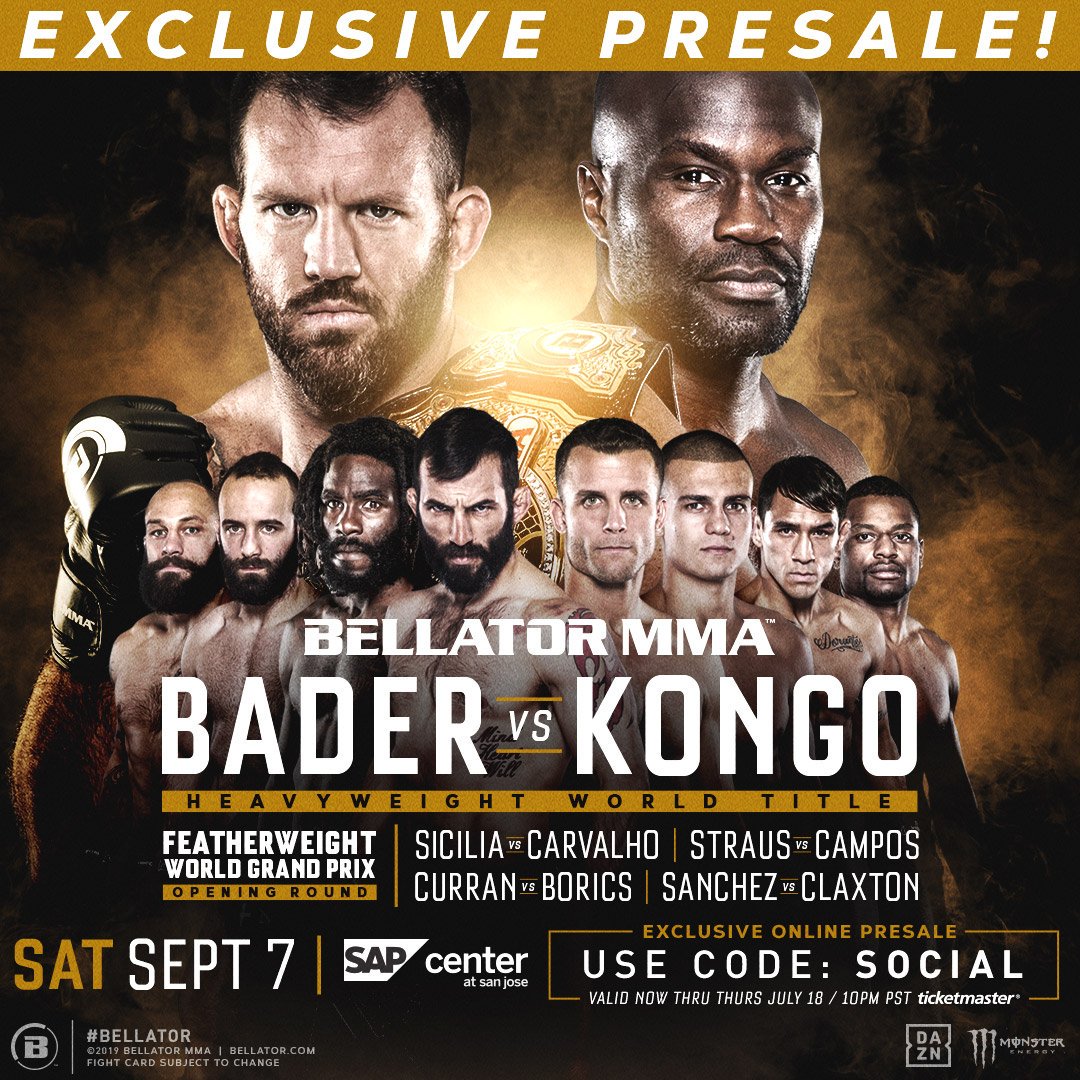 Luke Irwin: To paraphrase the great Jim Ross, this is going to be bowling shoe-ugly. Bank on a couple groin strikes from Kongo, some sloppy winging strikes, some ugly takedown defense, and some decent offensive wrestling from Bader. This isn’t going to make anyone’s day. Bader via UD.

Luke: It seems like, at least in this bracket side, that there are four matchups featuring a clear A-side vs. B-side matchups. Not sure that’s coincidental. It sure looks like this is set up to have Sicilia, Straus, Curran, and Sanchez advance. Nevertheless, that’s why they play the game, as they say. And I’m actually sensing an upset here. Sicilia is susceptible to subs (say that 5x), and Carvalho is varied enough in his grappling game that I think he can slap on one. Carvalho via R2 submission.

Luke: Campos has lost three in a row, so he doesn’t exactly have momentum on his side as he enters this tournament. Straus can be submitted, and his sub defense isn’t getting any better. So, while Carvalho could be a challenge, Campos doesn’t have enough of a grappling game to worry Straus. I’m thinking Straus wrestleboxes his way to a shutout. Straus via UD.

Luke: You may remember Borics as the most recent fellow to embarrass Aaron Pico. He’s legit, and a versatile fighter, but Curran will be his toughest test by far. I think Borics wins this fight a year or two from now, but I don’t think he’s advanced enough to handle a fighter as rock-solid and strong in his game as Curran. Curran via UD.

Luke: Claxton is a hell of a prospect and can put you to sleep in a hurry, but just like Borics, I think this is too much, too soon. Sanchez has never been finished in his pro career, and if they rematch down the line, the result might be different, but Claxton needs some seasoning. Sanchez via R3 submission.