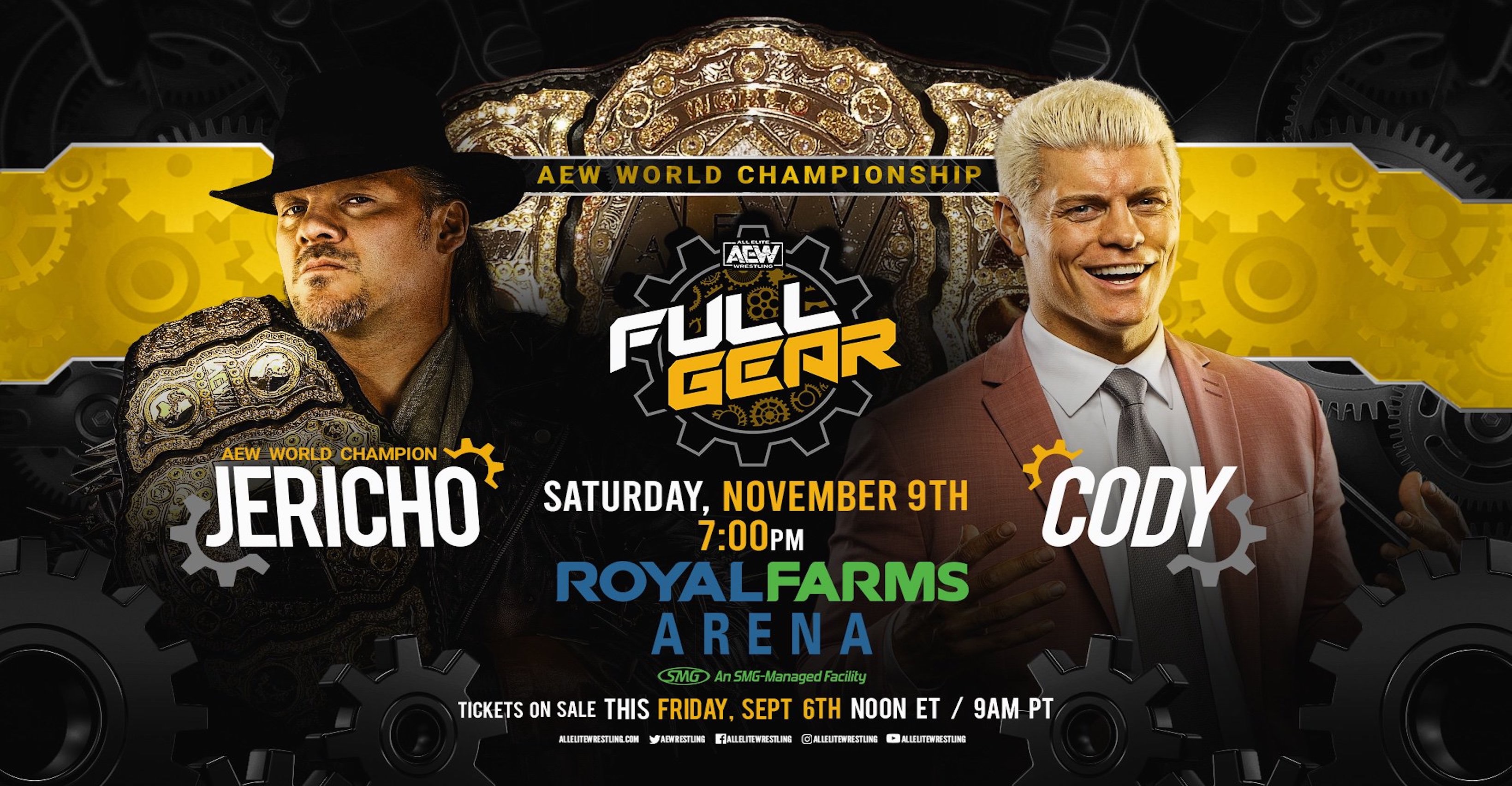 Chris Jericho will defend his AEW World Championship against Cody Rhodes at Full Gear on Saturday, November 9. The event will be held at the Royal Farms Arena in Baltimore, Maryland.

The announcement was made on September 5 via AEW’s social media. Rhodes teased the announcement earlier in the day and both men commented on Twitter regarding their upcoming match, with Jericho saying that “now the real fun begins.”

Every fan
Every critic
Every match

The answer is the same…#DoTheWork

or somebody else will https://t.co/xU2BWDzEG0

Cody Rhodes’ inclusion in the world title match may come as a bit of a surprise to some AEW fans. That’s due to the fact that Cody would perhaps be an obvious choice to face Jericho, especially since Rhodes is a company founder. But to this point, The American Nightmare had really made no moves toward AEW’s World Championship.

That championship went missing recently and was later recovered by police in Tallahassee, Florida. Chris Jericho apparently had dinner at a Longhorn Steakhouse in Tallahassee, when he discovered that the belt was gone. He reported the theft to police, but the title was later returned by a local man who found it lying in the highway.

Jericho won the AEW World Championship at All Out on August 31, when he beat Hangman Adam Page for the newly created title. Chris was a favorite for many fans, who believed his years of experience and name recognition would be invaluable to the new pro wrestling promotion.

This is Chris Jericho’s seventh world title, with the first six coming in WWE. The man formerly known as Y2J once again reinvented himself when he left Vince McMahon’s company and signed with All Elite Wrestling. Jericho has become a major focus for AEW as the promotion’s journey in the industry continues on October 2, when the company begins its new live weekly TV program on the TNT Network.