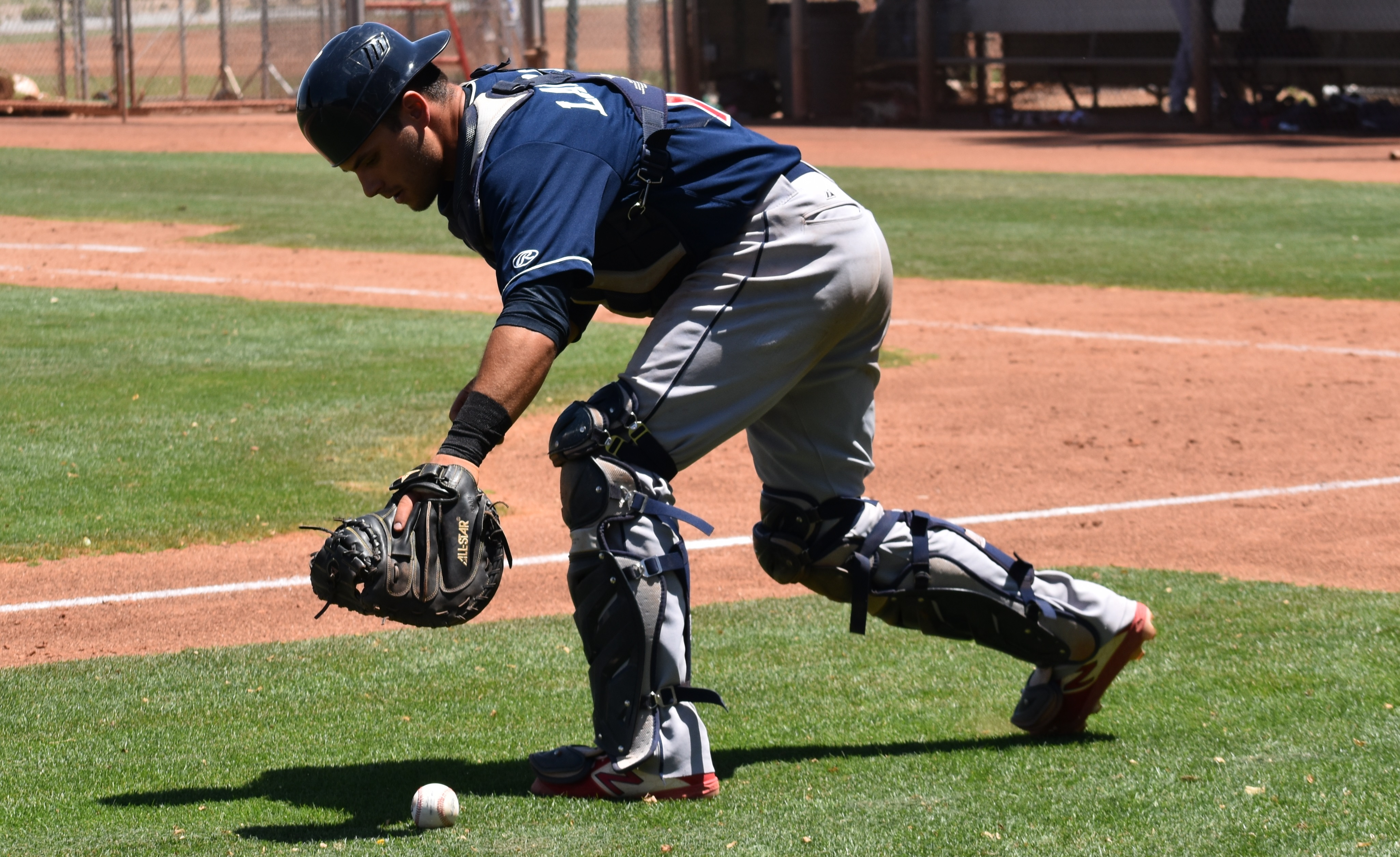 Despite being loaded with top prospect talent and getting reinforcements from the Arizona League mid-season, the Scrappers finished the season 37-39 and in third place in the Pinckney Division and 10th overall in the New York-Penn League. There is no question that pitching outshone the hitting on this team as multiple players who had stood out prior to reaching this level took huge steps back with the bat.

There were two players worthy of top honors on the Scrappers, but ultimately the award should go to catcher Bryan Lavastida. He lead the team in hits, runs, doubles, RBI, average, OBP and slugging while playing a position where any offense is a bonus. His .335/.408/.483 line was good enough for a short season All-Star selection and earned him a promotion to Lake County to end the season, although he played just one game there. With the exception of his walk rate (still good enough to be third on the team in total walks), Lavastida improved in every single aspect of his game despite being an outstanding performer in 2018. The Indians still don’t really have an MLB quality catcher between Lynchburg and Columbus, but this will likely change in 2020 as both Lavastida and Bo Naylor should hit high A.

Finishing a close second in the MVP decision was starting pitcher Ethan Hankins. He missed almost all of 2018, but jumped straight to short season this year where he made nine appearances and struck out 43 in 38.2 innings with a 1.40 ERA. He was promoted to Lake County for his final five appearances where his strike out rate remained high, although some of his other numbers fell a bit. Most importantly, he pitched 60 innings (not including those thrown in extended spring), so he should be ready for a full season’s worth of start in 2020 (about 100 IP).

Two of the Indians top position prospects played nearly the entire season with Mahoning Valley this year as George Valera lead the team with eight home runs and Brayan Rocchio hit .250/.310/.373 while playing flashy, if not entirely effective, defense at short stop. While Rocchio could regularly make the SC top 10 with his incredible diving plays, he also committed 20 errors in 62 games at short with another three in seven games at second. He has a great bat and a great glove, but needs to focus on coming through a little more consistently. Both Rocchio and Valera were selected for the NY-Penn League All-Star team along with Lavastida.

Finally, Matt Turner made six starts for the Scrappers before a promotion to Lake County and was fantastic. Formerly a reliever in the AZL, Turner improved his game significantly as a starter and doubled his innings total from 2018. Turner is a control lefty, but has added some velocity this year.

Diaz puts a ball in the air during his time with the 2019 AZL Indians Red. – Joseph Coblitz, BurningRiverBaseball

One of the few players left behind from the 2018 AZL Indians, Yainer Diaz was promoted to MV early in the season and ended the season hitting .274/.293/.393 through 34 games and .341/.364/.512 overall. While most of this damage came in Arizona, he still hit six doubles and two triples with the Scrappers as DH and back-up catcher.

Carlos Vargas is one of the Indians top pitching prospects and it may be surprising to some to see that his strike out rate dipped in his second season. At the same time, however, his walk rate dropped from 6.3 per nine to 2.8. He managed to make 15 starts and pitch nearly 80 innings despite suffering an injury to his finger early in the season.

There were a few solid relief performances for the Scrappers this year including 2019 draft picks Nick Mikolajchak, Serafino Brito and Matt Waldron as well as from Luis Sanchez and Tim Herrin. However, I think the primary focus should be on Jerson Ramirez, who was extremely impressive in extended spring, then went on to post a 0.73 ERA in 24.2 innings, striking out 28. Ramirez allowed just 12 hits and ten walks during his first season in MV.

It is very rare for a player to leave Arizona for Mahoning Valley only to return to the Rookie League, but Jhonneyver Gutierrez did just that this year after struggling through eight starts in short season. With a 7.31 ERA and 4.8 K/9, Gutierrez returned for his second season in the AZL where he continued to struggle, ultimately taking a beating in the championship round of the play-offs against Texas. Ultimately, I don’t see Gutierrez having any particular skill that sticks out enough to avoid potentially being cut before next season.

John Rodriguez has long been considered one of the Indians top prospects, but still is having trouble living up to that potential. He lead the team in strike outs this year with 67 and didn’t walk enough or slug enough to justify it. He also lead all outfielders with four errors, although he set a career high with eight assists as well. There’s still plenty of potential in Rodriguez, but he is being overshadowed by those signed in more recent years.

Finally, I’ve considered Maiker Manzanillo one of the Indians better relievers ever since he stood out in 2017 with the AZL Indians, but he struggled in Mahoning Valley that year once he was promoted and wasn’t able to catch on in Lake County in 2018. Back in Mahoning Valley in 2019, he had a 7.47 ERA, 7.5 BB/9 and 5.7 K/9. He has been dominant in 2018 and 2019 rehab assignments in the AZL, but if he can’t get batters out in short season, he won’t be with this franchise much longer.