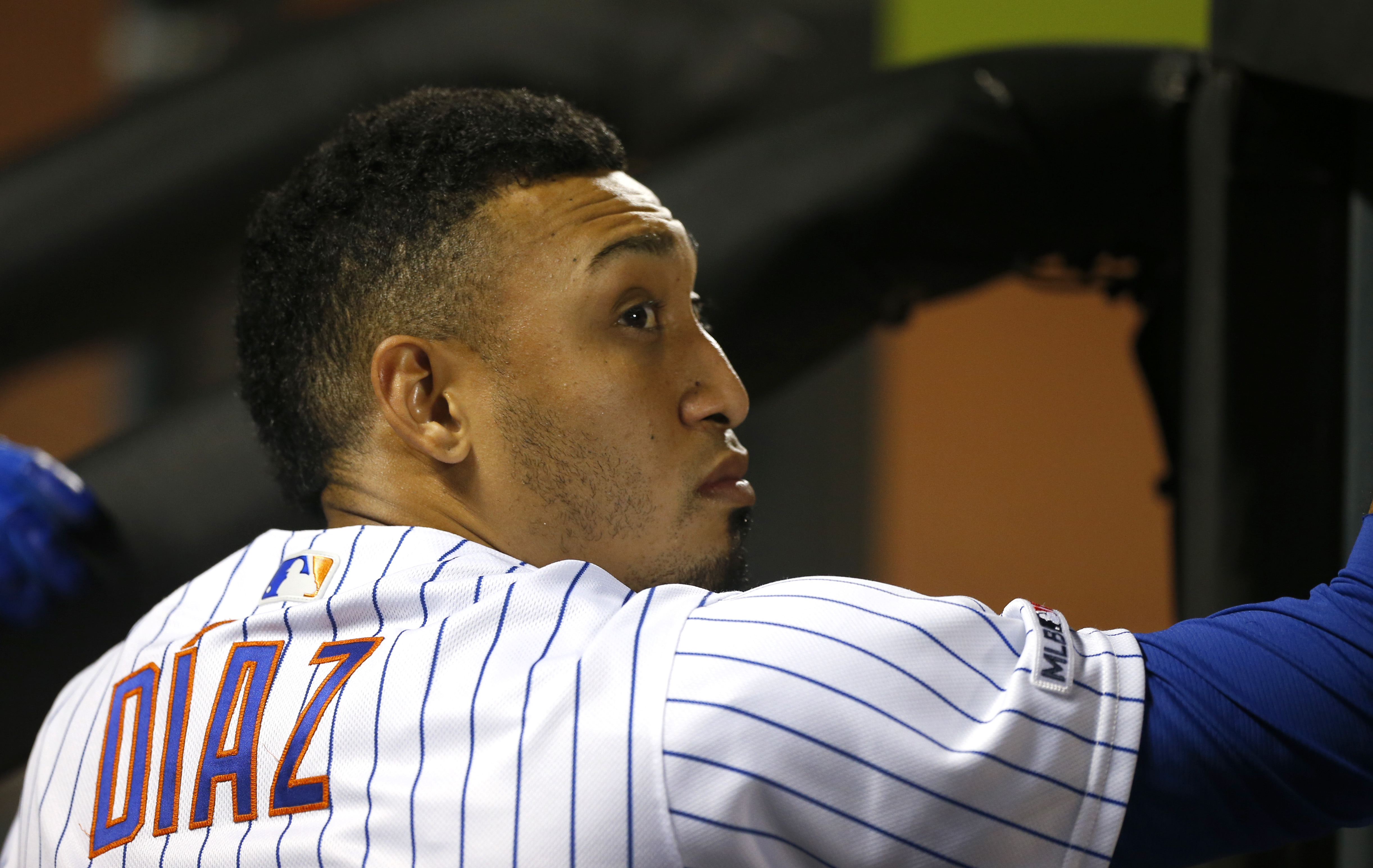 The New York Mets may have won last night, but it was no thanks to the efforts of Edwin Diaz. With Seth Lugo unavailable, the Mets trusted Diaz to protect a 4-2 lead in the ninth, only to watch Diaz surrender a two run homer to tie the game. The Mets bailed Diaz out by walking it off in the bottom of the inning, but this outing was the latest in a completely lost season for the right hander.

So far this season, Diaz is 2-7 with a 5.88 ERA and 1.44 WHIP, giving up 14 home runs in 52 innings pitched. Diaz has blown seven saves this year and opposing hitters are batting .270 against him, a far cry from the dominant form that inspired the Mets to part with premium prospects and take on five years of Robinson Cano’s contract to land Diaz over the winter. After the game, manager Mickey Callaway told reporters that the Mets will keep rolling Diaz out in save situations if Lugo isn’t available because the team believes that they need Diaz to be good if they want to get where they want to go.

This thinking is extremely flawed especially since Diaz hasn’t earned the right to pitch in tight spots. If the Mets were truly committed to getting the best out of Diaz, he should be working exclusively in lower leverage situations until he can get himself righted. It’s not fair to all the other players in the locker room to keep putting Diaz in situations where he can torpedo the season, and that kind of stubborn thinking could get Callaway fired if the Mets end up missing the playoffs.

It is also fair to question whether or not Diaz is capable of performing well in the New York market. Diaz has been an outright disaster here, and despite all the rumblings about how he has electric stuff or how close he is there seems to be a meltdown every couple of days. The Mets may feel compelled to try and figure Diaz’s issues out since they gave up so much for him, but he does still have trade value and they should explore deals for him in the offseason.

There comes a point where you have to admit a mistake and move on instead of compounding the mistake. Diaz and the Mets’ bullpen have already sunk one season, and they can’t afford to sink another with a talented young core in the mix. A similar situation played out with the New York Yankees and Sonny Gray, with the Yankees paying a premium in prospects to land Gray only to watch him flop in the Bronx. Brian Cashman cut his losses this year, dealing Gray to the Cincinnati Reds for a lower ranked prospect and a draft pick, and that is something the Mets need to consider doing with Diaz.

They may be stuck with Jeurys Familia’s backloaded contract, but the Mets should be able to get back some sort of assets for Diaz, even if they aren’t on par with what the Mets gave up to get him. There is a chance Diaz could come back and look sharp in April and May next season, but if he reverts back to his 2019 form it could cost the Mets another season. Rather than blindly hoping they can fix Diaz next season, the Mets need to be open to the possibility of cutting their losses, sending Diaz elsewhere, and finding someone else to close games in 2020.