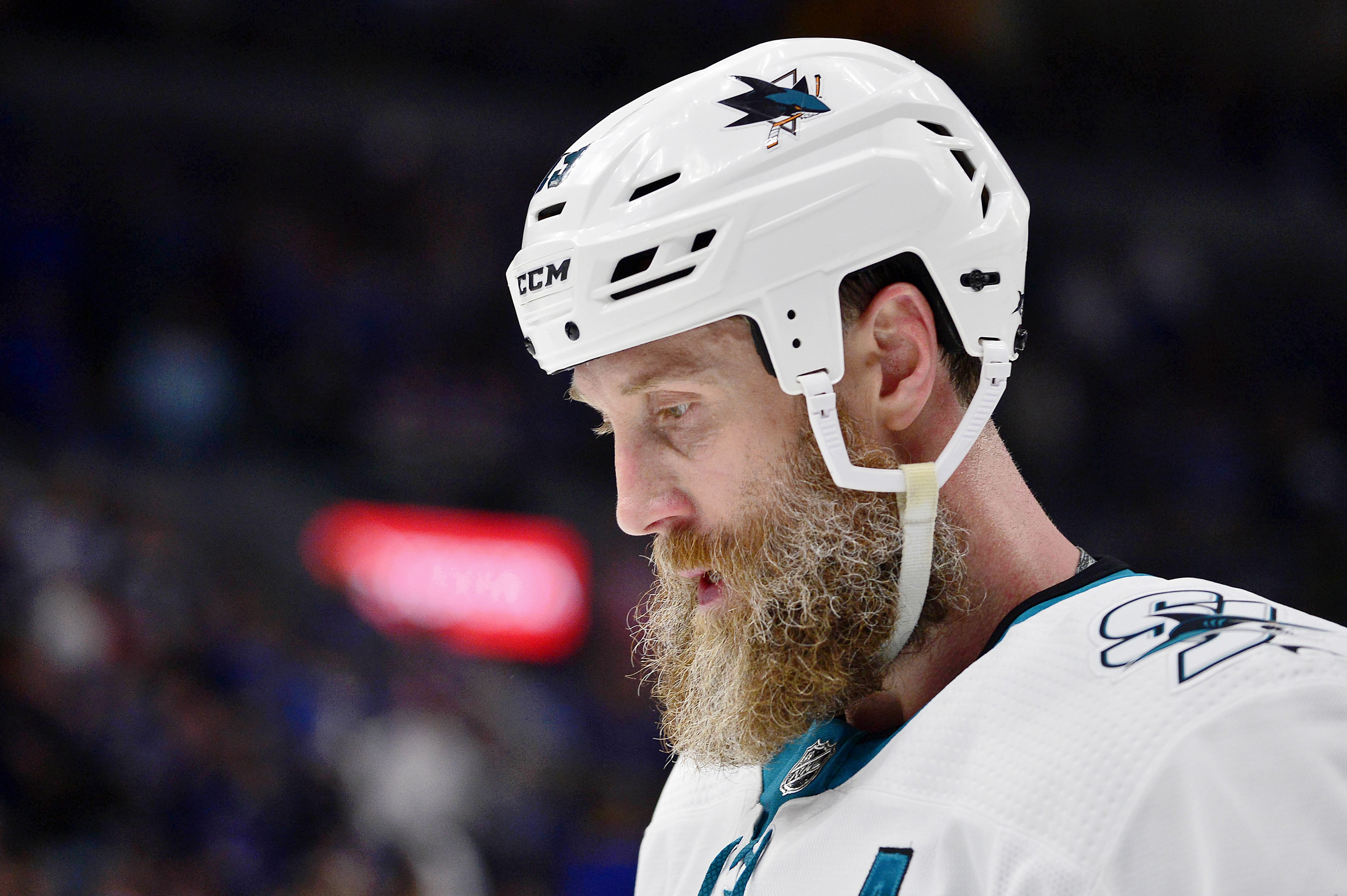 San Jose Sharks GM Doug Wilson filled the last piece of the puzzle just before training camp starts. According to Curtis Pashelka of The Mercury News, Wilson spent $2 million dollars and signed a 21-year veteran. “Jumbo” Joe Thornton will remain a Shark for at least another year,

Thornton had contemplated retirement earlier in the offseason after signing one-year deals prior to each of the last two seasons.

“Words cannot equate the impact that Joe has had on this franchise since his arrival in San Jose in 2005,” Wilson said in a statement. “Joe is a generational player who seemingly blazes past an existing Hall-of-Famer with each game he plays. His leadership and dedication to the organization and his teammates is inspiring.

“He has the rare ability to make the players around him better and we’re excited to see him healthy and back wearing the Sharks crest.”

The Hall of Famer to he tore the anterior cruciate and medial collateral ligaments in his left knee in April 2017 and had the same surgery the following year on the right knee.

“My body feels great, and it’s going to be the first time in a long time I don’t have to rehab in the summer,” Thornton said,

May 8, 2019; San Jose, CA, USA; San Jose Sharks center Joe Thornton (19) chases after the puck against the Colorado Avalanche during the second period in game seven of the second round of the 2019 Stanley Cup Playoffs at SAP Center at San Jose. Mandatory Credit: Stan Szeto-USA TODAY Sports

He became the face of the franchise, winning the Hart Trophy as MVP in his first season, leading the Sharks to back-to-back conference finals in 2010-11 and a playoff run to the Stanley Cup Final before succumbing to the Pittsburgh Penguins.

Does Thornton have anything left in the tank? We’ll get the chance to see for the 22nd time.