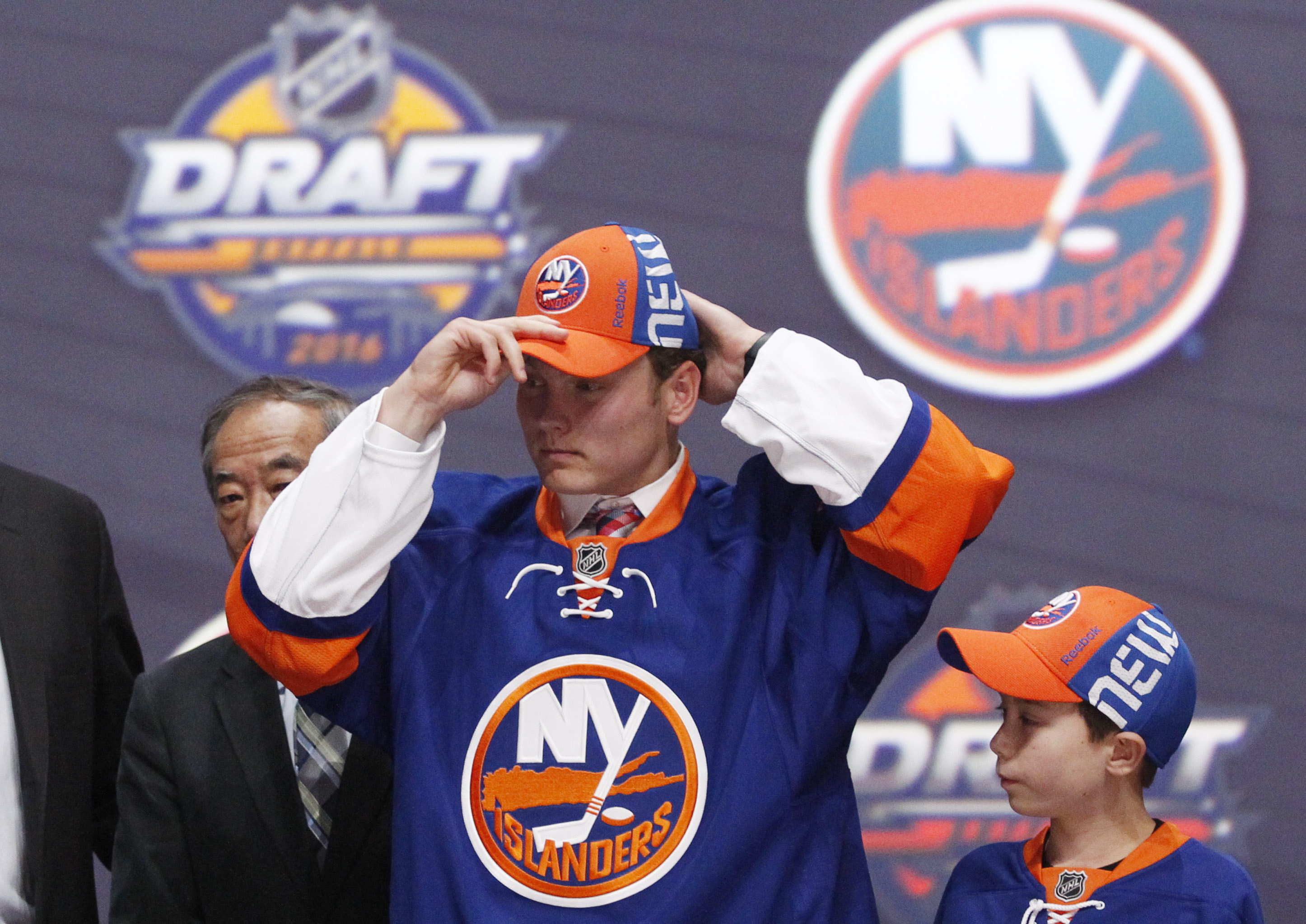 EAST MEADOW, N.Y. — Some people viewed Kieffer Bellow’s 2018-19 season as a down year, but the 21-year-old looks at it a little differently. Bellows called his first pro season with the Bridgeport Sound Tigers a “good learning year.”

“You go through that mental grind of going through the ups and downs, trying to get out of them,” Bellows said following the first day of Islanders rookie camp. “Just battling through yourself. Working harder every single day and I think that’s the one thing I focused on. When I was in a down I’d work even harder to get out of it.”

Bellows put up relatively lower numbers than he was expected to. Through 73 games he had just 19 points (12 goals, seven assists), which was a significant drop from his junior numbers the year before.

But the numbers were only half the story and for Bellows, the struggles he went through were just as important to his development as his play on the ice. He credited his teammates — Chris Casto, Ryan Hitchcock and Jeff Kubiak — and the coaching staff for keeping him from getting down on himself.

Part of the process for Bellows last season was bearing down on the ice during practice, but when he was off the ice Bellows tried not to think about hockey too much. He focused on eating healthy and just trying to have fun with his teammates.

“As soon as I left the rink I took my mind away from hockey,” Bellows said. “Having fun. If we were going to go golfing or see a movie, just trying to get your mind off hockey. It’s always a good thing to do.”

“The young kids, they go through a lot,” Thompson said. “It’s a big change going from amateur hockey to pro and that’s what we’re there for is to help them and guide them. We had a great leadership group that helped him and as far as right now I’m excited to see how this camp goes for him.

“He looked really good and hopefully he continues to take those steps.”

Bellows’ focus through the five-day rookie camp is to just put in the hard work and get his legs under him for training camp, which opens on Friday.

The main goal of Bellows is simple. “I’m here to make this team,” he said.